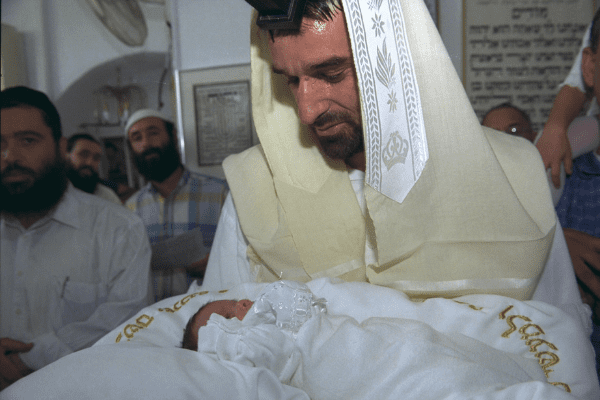 On the eighth day the flesh of his foreskin shall be circumcised.

Leviticus commands that each Jewish male become a part of the covenant with God by removing his foreskin:

On the eighth day the flesh of his foreskin shall be circumcised. Leviticus 12:3

Leviticus chapter 12 deals with the laws of purity applying to a woman after childbirth. In this context, the Bible also mentions the law of circumcision, the removal of the baby boy’s foreskin on the eighth day of his life. Circumcision was the first commandment given to Avraham, as detailed in Sefer Bereishit chapter 17. That chapter begins with the covenant Hashem makes with Avraham, promising that He will be an everlasting God to Avraham and his descendants, that Avraham will merit numerous offspring, and that Hashem will give them the Land of Israel as an eternal inheritance. To this very day, the circumcision of a male descendant of Avraham draws the new child into the covenant with Hashem, and serves as a constant reminder of God’s promise to remain with His people and give them Eretz Yisrael.

Abraham was commanded to perform circumcision and, according to Jewish tradition, performed it upon himself at the age of 99 (Genesis 17). Ishmael was also circumcised at that time at the age of 13. Implicit in the commandment is that this was in preparation for the birth of Isaac as the inheritor of Abraham’s covenant with God. While Abraham was still recuperating, the angels came to him to inform him that Sara would soon give birth. God states that any male who is not circumcised will be punished with karet, the worst punishment in the Torah which cuts a Jew off from his people.

The covenant was continued until after the Jews left Egypt. The Book of Joshua (chapter 5) relates that the men in Egypt were circumcised but the males born in the desert were not. Joshua had all the men circumcised at  Gibeath-haaraloth (literally ‘the hill of the foreskins’), known today as Gilgal.

Circumcision, or brit milah in Hebrew, is considered to be so important that should the eighth day fall on the Sabbath, actions that would normally be forbidden because of the sanctity of the day are permitted in order to fulfill the requirement to circumcise. However, if medical problems interfere, the brit milah is postponed until the baby is deemed healthy enough. If the child was born via C-section, or if the circumcision is delayed for any reason (including health concerns), it is not performed on Shabbat or Jewish holidays.

The significance of the eighth day is emphasized in Jewish mysticism which teaches that the number seven signifies the rational, natural order of things (seven heavens, seven days of the week, etc.) and completion in the physical world. Eight signifies the leap beyond the limits of our world and a peek into the infinite.

The Talmud, when discussing the importance of brit milah, compares it to being equal to all other mitzvot (commandments), based on the gematria (Hebrew numerology) for the word brit (ברית) which equals 612.

The ritual must be performed by a man, referred to as a mohel, trained in the Jewish laws concerning circumcision, as well as in modern surgical hygiene. 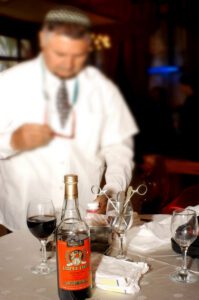 A mohel examining his equipment (Shutterstock.com)

It should be noted that an uncircumcised Jewish male was forbidden from taking part in the Passover sacrifice. Non-participation in the sacrifice was also punished with karet.

The Talmud (Avodah Zarah 27a) emphasizes that women are born “circumcised,” i.e., already possessing the additional holiness that comes with the brit milah. There is, therefore, no corresponding ceremony (and certainly no surgical procedure) for Jewish women.

Male converts are required to undergo ritual circumcision. If they are already medically circumcised, they must still undergo a ritual brit milah which includes drawing a tiny bit of blood. This is also done for a Jewish baby who was born with no foreskin.

The laws are myriad and complex, so it is highly recommended that a rabbi is consulted to help organize a brit milah ceremony.

According to the Midrash, Elijah the Prophet was very critical of the Jewish people. Therefore, “I vow,” said God to Elijah, “that whenever My children make this sign in their flesh [i.e., whenever there is a circumcision], you will be present, and the mouth which testified that the Jewish people have abandoned My covenant will testify that they are keeping it.” It is for this reason the sages instituted that there be a seat of honor for Elijah at every circumcision. 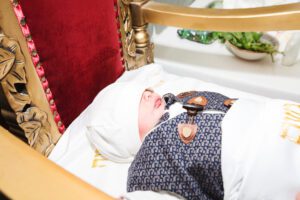 A baby on the chair of Elijah at his circumcision ceremony (Shutterstock.com)

One sage (Rabbeinu Bachya’s commentary to Genesis 17:24) teaches that fulfilling the commandment of brit milah brings three rewards: 1) manifestation of the divine presence amongst the Jewish people, 2) eternal ownership of the land of Israel, and 3) the preservation of the royal House of David.