Sing for Jerusalem and Bring the Messiah

Jerusalem Day: A First-Hand Account of the 1967 Temple Mount Battle

Are We Really Required to Give an Eye for an Eye? 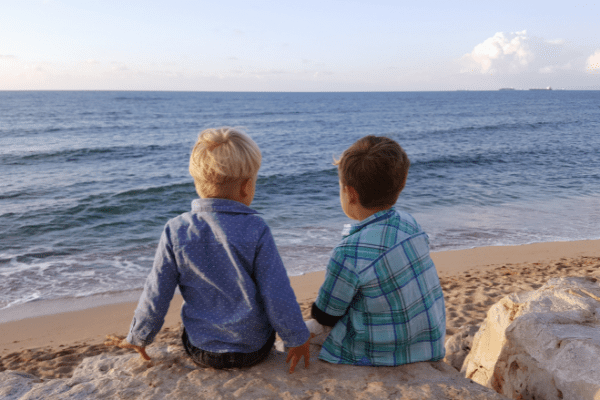 Leviticus seems to tell the Children of Israel that when someone hurts his fellow he should be punished in kind. Understood literally, the verses seem to say that we must implement reciprocal justice; paying another back measure for measure for the harm he inflicts on others:

If anyone kills any human being, he shall be put to death. One who kills a beast shall make restitution for it: life for life. Leviticus 24:17-18

If anyone maims his fellow, as he has done so shall it be done to him: fracture for fracture, eye for eye, tooth for tooth. The injury he inflicted on another shall be inflicted on him. Leviticus 24:19-20

Is the Torah really instructing us to maim a person as restitution?

It should be emphasized that no Bible scholar learns that this is what the Bible means, and Torah law has never mandated maiming as restitution. Torah scholars teach that this verse should be understood as restricting compensation to the value of the loss. If someone maims his fellow’s eye, he is required to pay back with equitable monetary compensation for the injury and the damage caused by it. Indeed, the Bible requires kofer (a monetary payment) to take the place of a bodily punishment for any crime except murder.

The conclusion that the restitution in these verses refer to monetary compensation for the injury inflicted is found in the Talmud (Baba Kama 83b):

Shimon bar Yohai stated: Eye for eye – money. You say money, but perhaps it means literally an eye? In that case if a blind man blinded another, a cripple maimed another, how would I be able to give an eye for an eye literally? Yet the Torah states (Lev. 24:22): One law there shall be for you – a law that is equitable for all of you.

Saadia Gaon (Baghdad, tenth century) explains the reasoning of the Talmud: if a man deprived his fellow of a third of his normal eyesight by his blow, how can the retaliatory blow be so calculated as to have the same results, neither more nor less, nor blinding him completely. Or, alternatively, what if a blind man blinded one with normal eyesight, what should be done to him? Therefore, the Torah must be talking about monetary compensation.

The Rambam (Maimonides) explains the reason for the Torah to express a monetary payment in the language of “an eye for an eye”, a manner that could be misunderstood to mean physical punishment. By expressing the payment in this way, the Torah is teaching a crucial lesson. Had the Torah simply ordered the aggressor to pay damages, he might have thought that it is sufficient to simply pay the victim and be done with it. The Torah is teaching that if one harms another, the aggressor actually deserves to have the same done to him. Therefore, restitution should not simply be the payment. It should involve a complete process of teshuva (repentance, return) and begging forgiveness from the injured party for what he has done. The perpetrator should truly contemplate the damage he inflicted to the quality of life of his fellow; the pain and suffering he will be forced to endure for the rest of his life.

He has done a terrible thing and monetary payment will not completely even the scales. God willing, in addition to payment, the aggressor will make serious life changes so that a similar mistake will not be repeated.

With regard to murder, however, the Torah explicitly states that this is not the case. In such a situation, monetary compensation cannot suffice:

You may not accept a ransom for the life of a murderer who is guilty of a capital crime; he must be put to death. Numbers 35:31

The Torah was given at Sinai to teach Man how to come closer to God. Revenge is explicitly prohibited by the Torah (Leviticus 19:18). Biblically mandated punishments are intended to fix something that has pushed the person away from God. Rather than imprison a thief, he makes restitution, paying for what he has stolen and adding a penalty to remove the blemish from his soul. But murder is an irreversible act of removing an image of God from the world and erasing an act of creation. For this, the only teshuva, the only way to return to God, is to pay the ultimate price and to return your soul to its source.