An Uplifting Song by an Extraordinary Man 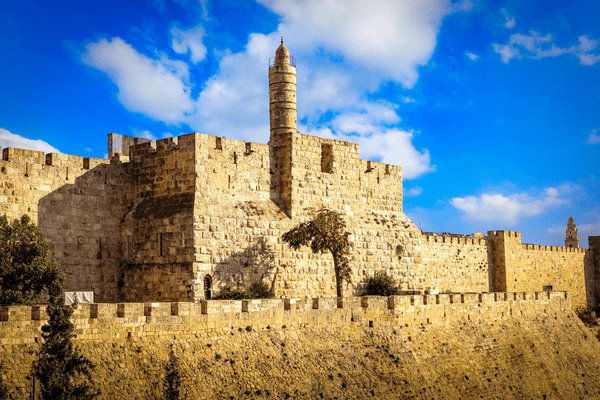 Deliver and bless Your very own people; tend them and sustain them forever.

The sages taught: “Words that come from the heart, enter the heart.” This is clearly true of the Book of Psalms; David’s words came from deep in his heart and have entered the hearts of countless individuals over the ages. Psalm 28 in particular touches me deeply. It puts words to David’s deep fear that should God abandon him, all would be lost. He acknowledges that God judges the wicked and prays that he not be counted among them. God is the only hope for salvation.

Words are great for communicating but music goes much deeper. Indeed, the psalms were meant to be sung. Written by a shepherd singing in the hills of Judea, they became the musical liturgy of the Temple service.

Rabbi Dr. Abraham J. Twerski, who passed away last year, was one of our generation’s most outstanding Torah scholars and a deeply feeling individual. He understood the power of music and the power of David’s Psalms. Though not a musician and with no musical training, a song he composed for his brother’s wedding, using as lyrics the last verse in Psalm 28, has made an impact on many thousands of people over the past 60 years.

Rabbi Twersky, a Hasidic rabbi and scion of the Chernobyl Hasidic dynasty, worked for many years as a psychiatrist, specializing in substance abuse. He helped countless number of individuals overcome challenges and set their lives on the right track. Yet when it came to paying last respects to this giant of a man, he requested that no eulogies be recited at his funeral and that the participants sing only this song. He explained that he didn’t know what other merits he had, but he knew that this song had made thousands of Jews happy. He wanted that merit to be recalled as he passed on to the next world.

What exactly was this song that Rabbi Twerski composed, and why did it have such and impact?

Rabbi Twersky chose the lyrics of his song from the last verse in Psalm 28:

Deliver and bless Your very own people; tend them and sustain them forever. Psalm 28:9

The words in Hebrew are:

The moment Rabbi Twerski sang the tune at his younger brother’s wedding it caught on, quickly becoming a popular tune sung by religious Jews.

Sixty years later, when he was quite old, Rabbi Twerski made the unusual request; rather than spoken eulogies, he requested that the same tune be sung at his funeral. Though it is not forbidden, Jews traditionally do not play music or sing at funerals.  An acquaintance asked the reason and was told by Rabbi Twerski, “Let those who carry my casket sing the melody of Hoshea et Amecha, for, unlike my writings, the melody that flowed through me was not borrowed from anyone else.”

Chaya Parkoff, a counselor who was trained and also treated by Rabbi Twerski, noted that, in addition to the uplifting message of this verse, it serves a practical purpose. It is forbidden to count Jews, but a quorum of ten is necessary for prayer to be classified as ‘communal.’ Instead of numbering the gathered people, the men are counted according to the words of this verse, which are precisely ten.

“The words are a prayer to God for the Jewish people,” Parkoff wrote. “These words remind us that we are one people, something important to remember. Our greatest accomplishment – receiving the Torah at Mount Sinai – only occurred because the Jewish people were united.”

Parkoff continued: “A man who wrote so many books on self-esteem and the importance of every individual, the message in counting people with words of a psalm is, ‘You matter!” adding, “You cannot be reduced to a mere number.”

Rabbi Twerski clearly felt this psalm related to all aspects of life, from joy to tragedy, from wedding to death. How is this possible? The secret may be in the Hebrew word nas’aym (נַשְּׂאֵם) translated as “sustain”. Nas’aym literally means “lift them up.”

A person is a treasure chest of experiences; some good, some bad, some wonderful, and some too terrible to think about. It would be impossible to bear the tragedies were it not for the uplifting aspect of the joyous moments in our lives. But the source of all these experiences, and the source of our lives, is one.

In this verse, David asks God to lift His people up. It would be impossible to dance at a brother’s wedding or to sing at a funeral without God carrying us, giving us life and sustaining us through thick and thin.