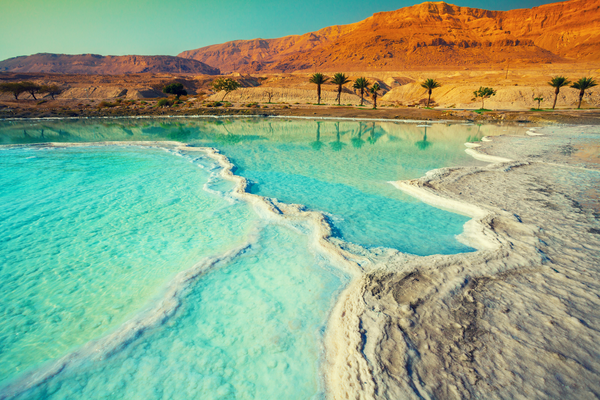 all its soil devastated by sulfur and salt, beyond sowing and producing, no grass growing in it, just like the upheaval of Sodom and Gomorrah, Admah and Zeboiim, which Hashem overthrew in His fierce anger

Every year, just before Rosh Hashana (Hebrew New Year), I ask myself why I should work so hard at repenting. How bad were my sins really? I look around and figure that I am no worse than any of my neighbors.

And then I read the Torah portion that comes before Rosh Hashana. All of the Israelites are gathered to hear the blessings and the curses for following or violating God’s commandments. The blessings are very sweet and well worth the effort.

The curses, on the other hand, are terrifying. Of course, anyone who sins should expect a punishment. But, in my humble opinion, the Torah overstates its case.

And later generations will ask—the children who succeed you, and foreigners who come from distant lands and see the plagues and diseases that Hashem has inflicted upon that land,all its soil devastated by sulfur and salt, beyond sowing and producing, no grass growing in it, just like the upheaval of Sodom and Gomorrah, Admah and Zeboiim, which Hashem overthrew in His fierce anger. Deuteronomy 29:21-22

God threatens to punish the Israelites like he did Sodom and Gomorrah??!! Shouldn’t the punishment fit the crime? Isn’t that a bit extreme, especially considering how evil they were?

The Torah often mentions sin and punishment but it doesn’t usually talk about this kind of destruction. Why does the Torah compare the punishments of the Jewish people to that of Sodom and Gomorrah?

One implicit message in this warning is that just like Sodom and Gomorrah were judged as a whole, so too will the nation of Israel be judged as a community. Abraham’s argument with God was based on what percentage of the people needed to be righteous for the sinners to be spared. But, in the end, the righteous were punished along with the sinners.

Though this may sound cruel and unfair, it ensures that the evil members of the community will not rely entirely on God sparing the righteous. After hearing the blessings, the less righteous among the Israelite may have concluded that as long as they remain part of the community, they will certainly be blessed. Since the righteous were going to be blessed with benefits on a grand scale (rain, peace, etc.), the sinners would benefit as well. We learn from Sodom and Gomorrah that the merit of the righteous can not always save the sinners.

Alternatively, the fate of the Israelites was a message for the other nations. After the Israelites entered into a covenant with God, they became His representatives on earth. They were supposed to teach and inspire the other nations to behave with righteousness and justice. They were meant to serve as role models for the right way to behave. If someone chooses to behave otherwise, this is not only a sin but a rejection of his God-given mission. This punishment, therefore, is not just an ordinary punishment but one that would act as a warning to later generations:

And later generations will ask—the children who succeed you, and foreigners who come from distant lands and see the plagues and diseases that Hashem has inflicted upon that land, Deuteronomy 29:21

The severity of the punishment drives home the gravity of corrupting the divine mission. Furthermore, God ensures that what this person did not teach through his actions he will teach through the consequences of his behavior. He was supposed to be an example of positive behavior. Instead, he chose to sin. Through the harsh punishment, future generations and people from other nations will learn that the way he behaved was inappropriate, and counter to what God really wants.

While every person has a personal relationship with God, no person is an island. We are all part of a community and bear communal responsibility. The reference to Sodom and Gomorrah is a warning to those with ill intent not to rely on this communal judgment to save them from punishment. Abraham set the precedent that Jews have the ability, actually the requirement, to argue with God in order to save the world. But even this has its limits. Furthermore, it drives home the importance of fulfilling the promise to be a light unto the nations.

This bears a strong message of the inter-dependence and co-responsibility of communities. We have the ability to make an impact. People are always watching. The way we make that impact, whether it be through positive behavior or negative behavior, is up to us.