Did a Massive Meteor Explosion Destroy Sodom and Gomorrah? 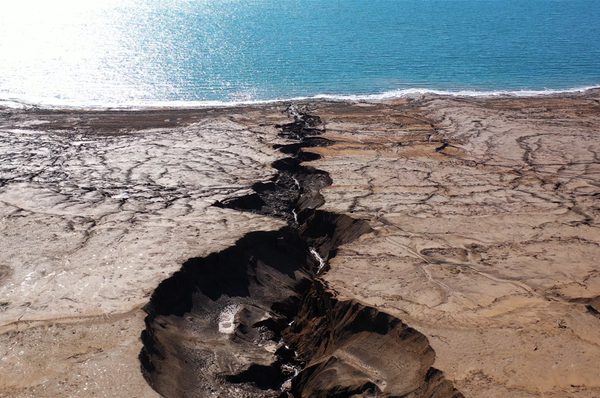 Hashem rained upon Sodom and Gomorrah sulfurous fire from Hashem out of heaven.

God carried through with His promise to destroy the wicked cities of Sodom and Gomorrah transforming the once fertile area into a desolate wasteland. Anyone who visits the Dead Sea region today, instantly recognizes the unique physical properties that are described by the Bible, and struggles to visualize what it must have looked like before the destruction.

It is clear from modern-day archaeological excavations that an ancient cataclysmic event instantly destroyed the fertile region, and in fascinating reports, scientists have pointed to natural causes to explain the “fire from Hashem out of heaven” that brought everlasting destruction to Sodom and Gomorrah.

For many years, scientists have converged upon Tall el-Hammam in the Jordan Valley to uncover the mysterious remains found there. According to Israel365 News, “The Tall el-Hammam Excavation Project is an example of how scientists are successfully using the Bible as an authoritative source to learn more about the world around us.”

A September 2021 article on Israel365 News reported on the discovery at Tall el-Hammam of a 5-foot-thick layer of charcoal and ash, along with melted bricks and pottery. The evidence of intense heat implied that the bricks melted at a temperature of 2,700 Fahrenheit, hotter even than a volcano.

A major study, carried out over 15 years by 21 international co-authors, including archaeologists, geologists, geochemists, mineralogists, cosmic-impact experts, and medical doctors, was published in the journal Scientific Reports. The study concluded that about 3,600 years ago an icy space rock measuring 50 meters across entered the atmosphere while traveling 38,000 mph. Lacking a crater to indicate an impact, the researchers concluded that the asteroid entering the atmosphere resulted in a massive fireball that exploded about 2.5 miles above the ground. The resulting blast was about 1,000 times more powerful than the Hiroshima atomic bomb and totally destroyed the region.

The researchers suggested that the Biblical account of the destruction of Sodom and Gomorrah may have been the result of eyewitness accounts of the asteroid strike. “It’s possible that an oral description of the city’s destruction may have been handed down for generations until it was recorded as the story of Biblical Sodom.”

The Bible describes the devastation of an urban center near the Dead Sea – stones and fire fell from the sky, more than one city was destroyed, thick smoke rose from the fires and city inhabitants were killed.

Accordingly, the Biblical account in Genesis 19 provides incredible testimony to the ancient destruction caused by “fire from Heaven” that occurred in the region, “Importantly, it may the first written record of such a catastrophic event” the researchers concluded.