A Message From King David to the Nations 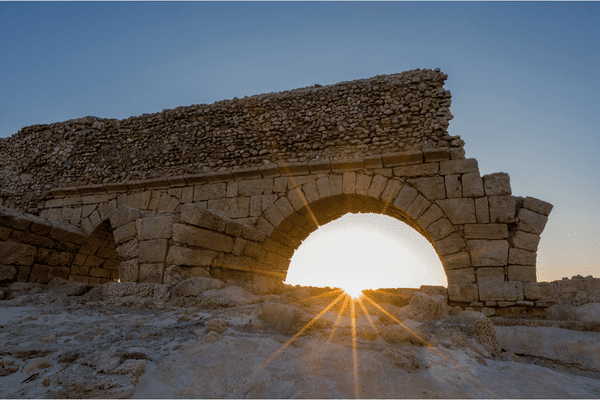 Though the Book of Psalms was written by King David, one of Israel’s greatest kings, his heartfelt words speak to everyone. John Adams, one of the Founding Fathers of the United States of America who served as its second president from 1797 to 1801, once told Thomas Jefferson:

“The Psalms of David, in sublimity, beauty, pathos, and originality, or in one word poetry, are superior to all the odes, hymns and songs in any language.”

One psalm that specifically addresses the nations is Psalm 2. Psalm 2 is directed to nations and kings, rebuking those derelict peoples who reject the Lord and seek to destroy Israel, and encouraging them to serve God.

According to the sages, this psalm is actually a continuation of the first psalm and the two together are considered to be one unit. They justify their opinion based upon the word ashrei, happy or fortunate, which opens Psalm 1 and concludes Psalm 2. It is certainly a nice literary tool to begin and end a unit with the same word, but do these two Psalms have any thematic connection? What makes these two Psalms a single entity? And what is the message for the nations?

A word that is repeated often in a psalm characterizes the essence of that chapter. In Psalm 2, the word “king” appears at the beginning, in the middle and towards the end of the chapter.  In contrast to Psalm 1 which, I argued, centered on the ‘common man,’ this poem revolves around the aristocracy. Psalm 1 concludes with the idea that the path of ‘regular’ evil people leads to ruination (verse 6), and Psalm 2 ends by stating that the evil ways of the great kings will ultimately lead to their demise.

If we take the last verse from each psalm, we can, in fact, construct a chiastic structure, which underscores this message:

Psalm 2 — “[The evil kings who attempt to overthrow God and Israel] will be “doomed in the mere flash of His anger [B], [but] Happy are all who take refuge in Him (God) [A].

The chiasmus is a literary tool which emphasizes the core of the structure, in this instance the BB.  In our case, it hints to the universality of evil drives no matter who it is that is experiencing them; the driving force behind the evil actions of a king might be very similar to the driving force of the average evildoer, namely greed, pride, sloth, etc.

The connection between the two psalms is clear if we see them as complementary.  The first aims to dictate to the common man how to live his life and repel the evil in his midst.  The second one brings the message back to the aristocracy and the nations that they rule.  Evil can exist and flourish at the top just as it does for the lowliest of man, and it can exist in a community like it does for an individual. Whereas the first psalm gives a blueprint for the success of the individual, the second addresses the nations as a whole.

As for His nation, the psalm constructs an inseparable link between God and the king  (‘calling the Jewish king my son’ — verse 7), providing comfort that despite the indignant attitude of the ‘surrounding peoples’ God will protect His nation for eternity.

The final message of the chapter is a moral lesson delivered by the poet to the kings of the lands.

“So now, O kings, be prudent; accept discipline, you rulers of the earth! Serve Hashem (God) in awe; tremble with fright” (Psalms 2:10-11)

The psalm thus concludes on a positive note, suggesting that destruction and oblivion is not the only destiny of the nations.  If they serve God with fear, and not out of a haughty pride, if their feelings of joy and happiness are tempered by a subconscious sense of trembling, then all is not lost. “Happy are all who take refuge in Him” (Psalm 2:12).