You Are Your Brothers Keeper 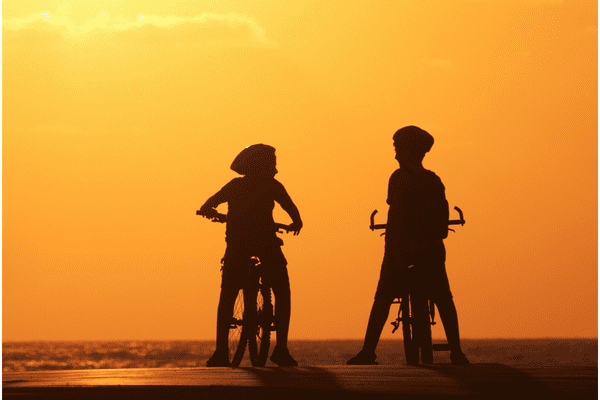 Hashem said to Cain, “Where is your brother Abel?” And he said, “I do not know. Am I my brother's keeper?”

My older son began learning in a special high school three years ago. Before my second son began the same school this year, I took my older son aside for a cup of coffee and a father-son talk on the back deck.

“I want you to keep an eye on your brother,” I told him.

He protested, compiling a surprisingly comprehensive list of excuses while I sipped my coffee: “I don’t really see how I can help him, he probably wants space, he will make friends, the staff will take care of him, he has to learn to get along without me…”

I nodded and waited until I finished my coffee before answering. “If you don’t help your brother, he will be fine. Or not. I am asking you to help him not for his sake, but for yours. I don’t want you to be the kind of man who doesn’t look out for his brother.”

In a rare display of religiosity, I pulled out a Bible and turned to the section on Cain and Abel. I pointed to Cain’s infamous response to God: “Am I my brother’s keeper?” (Genesis 4:9)

He nodded, making me realize that he was picking up on even my smallest habits.

We went in when the coffee was gone. By then, I had learned a lesson as well. My son was on his way to being a man that I was going to be exceptionally proud of.

Where exactly did Cain go wrong? How did the attitude of “Am I my brother’s keeper” allow to kill his brother and commit the first murder in history?

DISCOVER WHAT LED TO THE FAILURE OF CAIN

Reading the Bible can be a humbling experience. From the outset it is clear that Man is not portrayed as a glorious hero in shining armor. In fact, the Bible opens with two stories of men failing: Adam and Cain.

Adam is placed in the Garden of Eden. He is given a few rules and an amazing helpmate, but eventually gets kicked out for eating from the only tree that was forbidden to him. Why? The problem wasn’t simply eating the forbidden fruit. Like a teenager afraid of getting caught by his parents, Adam and Eve try to hide from the Almighty. And when He does confront them, Adam blames Eve who in turn blames the snake.

Standing in front of God, Adam and Eve refused to take personal responsibility for what they had done.

Similarly, when confronted by God after the horrendous deed of killing his brother, Cain denies responsibility. According to Rabbi Jonathan Sacks, by saying “Am I my brother’s keeper?” (Genesis 4:9), he was asking “why he should be concerned with the welfare of anyone but himself. Why should we not do what we want if we have the power to do it?” Even if that means killing my brother.

These stories teach us that human nature often leads us to avoid taking both personal and moral responsibility. Rabbi Sacks continues, “These two stories are not just stories. They are an account, at the beginning of the Torah’s narrative history of humankind, of a failure, first personal then moral, to take responsibility.”

With these two archetypes, the Bible establishes the ground rules for Man’s existence in this world. We must take responsibility for ourselves and for others. The greatness of King David was not that he was free from sin, but that when he did sin and was confronted about it, he immediately admitted that he had done wrong. He took responsibility. And the greatest Jewish leaders, such as Abraham (Genesis 18:25), Moses (Exodus 5:22) and Jeremiah (Jeremiah 12:10), all took responsibility for others by protesting and confronting God when they thought something was morally wrong.

The Torah is a story of relationships. In the beginning, God was alone. So he created Adam. But Adam felt lonely so God created Eve. The Torah was given to 600,000 people gathered together at Mount Sinai. Our relationships with other people are a manifestation of our relationship with God. God wants us to look out for each other just as he looks out for us. He wants to see that we are our brothers’ keepers.