Why You Must Keep Your Word 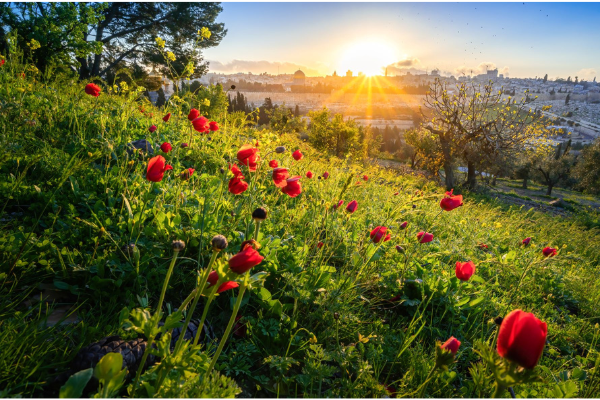 If a man makes a vow to Hashem or takes an oath imposing an obligation on himself, he shall not break his pledge; he must carry out all that has crossed his lips.

“The Bible doesn’t make any sense.”

Dan was trying to get me angry, or at least get my attention. We go back a long way and meet for lunch every month. Dan likes to debate so we talk about everything under the sun. Over the years, I have gotten more religious and he has moved further away, and religion has become his favorite topic. But our friendship is still strong. We value and respect each other, but he knows how to push my buttons.

Dan surprised me by pulling a Bible out of his bag.

“Take this for example,” he said, opening the book. “The book of Numbers. If I had written it, I would have gotten right to the point; entering the land of Israel. The author has been building up to that for 40 years. Finally, they are right there, ready to go in. Moses got the word from the Boss to divide the land. Yeah, some tribes grumble and want to pick their own. There is a big plot twist when Moses finds out that he won’t be going into the land. But Joshua was a good guy and seemed to be up for the challenge. Then the Bible takes a side track and talks about the sacrifices on the holidays. I guess they need to know that before they go into the land and, well, the holidays are going to happen so that is understandable.”

“But then, all of a sudden, the Bible starts talking about oaths and vows,” Dan said, sounding annoyed. “Why the sidetrack? When is it going to get to the point? When is the Torah going to talk about the people living together in the land?”

I took a sip of coffee, buying some time because I had no idea how to answer my friend. Do you?

For 210 years, the Children of Israel were slaves in Egypt. Their time was managed for them, their activities were planned by others. There was order to their lives but they were not free. Once God redeemed them from Egypt and granted them freedom, they were faced with a new challenge. How were they going to maintain order while living freely?

Freedom is wonderful but it is difficult. Living in the land of Israel and building their own society presented new challenges to the Children of Israel. While embracing their freedom, the people would still have to get along and live together in an organized community. This would only be possible if the people were able to trust each other, and the way to build trust is by keeping promises.

Getting a license to drive a car is a promise to follow the rules of the road, thereby ensuring the safety of the people around you. Being a neighbor means a promise to respect others and not steal. When promises are kept, society can function and flourish. But when they are broken, society breaks down as well.

The Jews were taken out of Egypt as a nation, stood at Sinai as a nation, and are about to enter the land as a nation. 600,000 individuals were bound together, trusting each other, giving their word to remain a nation.

If a man makes a vow to Hashem or takes an oath imposing an obligation on himself, he shall not break his pledge; he must carry out all that has crossed his lips Numbers 30:3

Without mutual trust, people would be struggling daily just to protect themselves. However, when people in a society can depend on each other, there is no limit to what can be accomplished. True freedom, therefore, depends upon people keeping their word. If not, the result is chaos, as demonstrated by the generation before the flood.

While this is especially true of the Jewish nation which began with a covenant and mutual promise between the Israelites and God, it is true of any society. We must therefore keep our word both to God and to each other. If not, society will eventually fall apart.

It was therefore was crucial for the Jewish people to be commanded to keep their oaths and vows right before entering the land of Israel and establishing their society. Functioning societies depend on trust, and trust depends on people keeping their promises. This is why you must always keep your word.