Why is a Blemished Priest Disqualified from Temple Service? 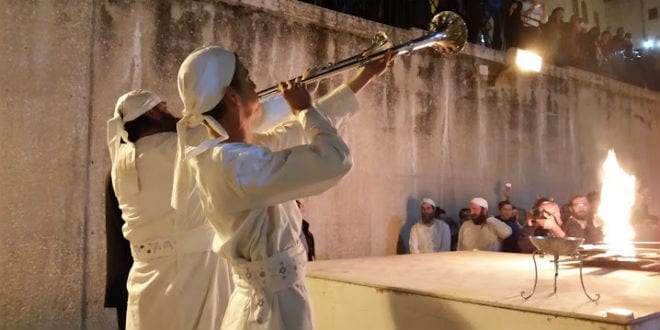 Speak to Aharon and say: No man of your offspring throughout the ages who has a defect shall be qualified to offer the food of his God.

After designating the descendants of Aaron as the kohanim (priests) in perpetuity, the Torah then delineates specific physical blemishes that disqualified, either temporarily or permanently, individual kohanim. Just as animals brought to the altar had to be free of blemishes, so too the kohen, acting as the intermediary between Israel and God, had to be without blemishes.

Any kohen who is blemished, blind, lame, a hunchback, or a dwarf, has a nose with no bridge, has one limb longer than the other, with a broken leg or arm, abnormally long eyebrows, a membrane on his eye, a blemished eye, a dry skin eruption, moist skin eruption or crushed testicles shall not serve by bringing sacrifices, nor may he eat from the offering normally consumed by the kohanim.

A kohen who was afflicted with one of these imperfections would be deemed unfit for service. However, should it be a correctable imperfection, he would become re-eligible for service once the defect was corrected. Although unable to serve, he was permitted to eat the Terumah (food gifts given to the priests that are considered holy). Kohanim with these blemishes would be allowed to perform work in the Temple outside of sacrificial service itself.

This disqualification is not due to the blemished kohen being considered “less” of a kohen. Rather, these blemishes would “profane” the Temple. Disabled priests, as well as disabled sacrifices, are unaesthetic and therefore unworthy and undignified towards God. As such, they were forbidden from entering into the holy areas of the Temple.

But they were still kohanim and served the Temple. The Mishnah, describing the second Temple, tells us; “The North-Eastern chamber was the chamber of the wood.” There, the kohanim who were physically blemished would check the wood for worms. Any piece of wood containing a worm was unfit for use on the altar.

Some modern commentaries cite the Rambam (Maimonides) who includes the laws pertaining to the suitability of kohanim alongside the laws pertaining to the Temple’s vessels. Vessels can become broken and unsuitable for use and so can kohanim. Just as the vessels are a sign of God’s glory, the kohen should be a shining example of serving God. A kohen with a blemish distracts from the service of God and seems to be a lesser sign of God’s glory.

Similarly, kohanim may not serve if they have been found guilty of homicide or murder, married a woman forbidden to a kohen (though permitted to a non-kohen), or if they become ritually unclean by contact with the dead.

As there is no Temple service currently, the only practical implication is that kohanim with these blemishes on a visible part of his body may not bless the congregation. The Mishna adds another disqualifying blemish  — a kohen whose hands are temporarily discolored with a blue dye. And a reason is stated — because the people will stare at him while he is reciting the priestly blessing. The Talmud goes on to give several examples of kohanim who had particular disqualifying defects but were nevertheless permitted to recite the priestly blessing because they were familiar in the community. Once people were accustomed to a particular kohen and his defects, those defects were no longer seen as distracting. As a result, the defect was no longer seen as a disqualification. 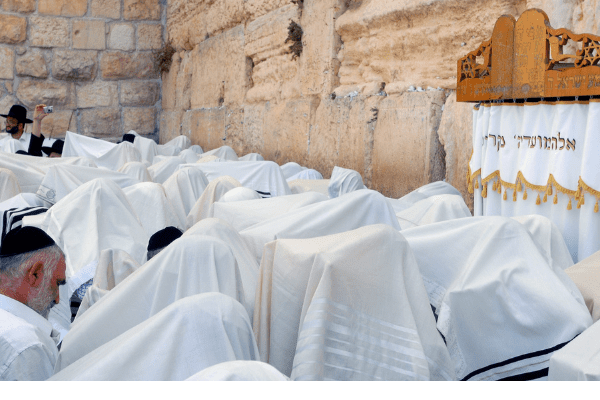