Why do we celebrate Hanukkah? 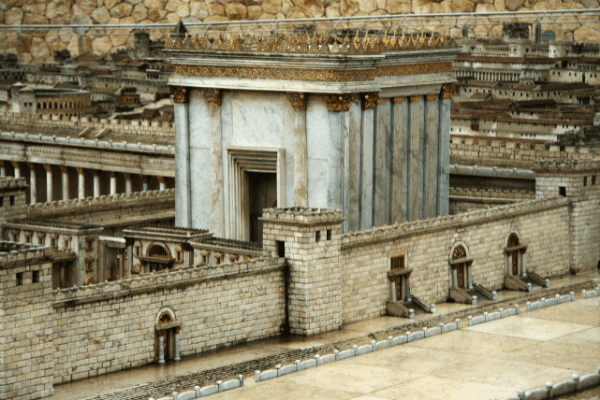 Shlomo offered 22,000 oxen and 120,000 sheep as sacrifices of well-being to Hashem. Thus the king and all the Israelites dedicated the House of Hashem.

Hanukkah is a historical holiday that is not mentioned in the Bible. Its name means ‘dedication,’ and it commemorates the eight-day rededication of the Second Temple by the Hasmoneans that took place at the beginning of the Maccabean Revolt against the Seleucid Empire in the 2nd century BCE.

The story of Hanukkah is not told in the Bible but it is described in detail, including the eight-day rededication of the Temple, in the books of the First and Second Maccabees. The Book of Second Maccabees alludes to a story which occured in the time of Nehemiah in which, upon the return of the exiles from Babylonian captivity, the altar was lit by a miracle on the 25th of Kislev. This precedent appears to be given as the reason for the selection of the same date for the rededication of the altar by Judah Maccabee. The same source states that an eight-day dedication was chosen to mirror the holiday of Sukkot (Feast of Tabernacles) which was not celebrated during the year of the revolt.

After the death of Alexander the Great in 323 BCE, Judea became part of the Ptolemaic Kingdom of Egypt. In 200 BCE, King Antiochus III the Great of Syria defeated King Ptolemy V Epiphanes of Egypt at the Battle of Panium. Judea then became part of the Seleucid Empire of Syria. Antiochus III the Great guaranteed his new Jewish subjects their right to continue to practice their religion in the Temple of Jerusalem. However, 25 years later, a Hellenized Jewish sect that had been exiled to Syria called the Tobiads, convinced his son, Antiochus IV Epiphanes, to invade Judea and to capture Jerusalem.

The Temple was captured and looted and the Temple service ceased. Jewish practices were outlawed. In 167 BCE, Antiochus ordered an altar to Zeus to be erected in the courtyard of the Temple in Jerusalem and pigs to be sacrificed there. Altars to Zeus were erected all over Judea in individual towns.

These actions provoked a revolt by the Jews led by Mattathias and his five sons Johanan, Simeon, Eleazar, Jonathan, and Judah, a family of Kohanim (priests). The Book of Maccabees states that the rebellion was sparked by Mattityahu killing a Jew who wanted to comply with Antiochus’s order to sacrifice to Zeus, and then a Greek official who was to enforce the government’s behest.

Mattathias died in 166 BCE and his son, Judah (who became known as Judah Maccabee (the hammer), took his place at the head of the revolt. In 164 BCE, the revolution succeeded in freeing Jerusalem and recapturing the Temple. The Temple was cleansed, a new altar erected, and new vessels were made to replace the plundered ones.

The Talmud (Shabbat 21b) describes this process which culminated in the miracle of the solitary cruse of oil:

“For when the Greeks entered the Sanctuary, they defiled all the oils therein, and when the Hasmonean dynasty prevailed against and defeated them, they made search and found only one cruse of oil which lay with the seal of the kohen gadol (high priest), but which contained sufficient [oil] for one day’s lighting only; yet a miracle was wrought therein, and they lit [the lamp] therewith for eight days. The following year these [days] were appointed a Festival with [the recital of] Hallel and thanksgiving.” 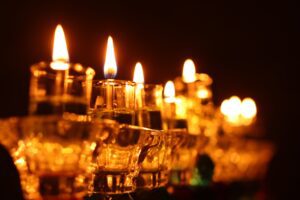 The Jewish historian Titus Flavius Josephus narrates in his book, Jewish Antiquities XII, how the victorious Judas Maccabeus ordered lavish yearly eight-day festivities after rededicating the Temple in Jerusalem that had been profaned by Antiochus IV Epiphanes. Josephus does not say the festival was called Hanukkah but rather the “Festival of Lights”:

Now Judas celebrated the festival of the restoration of the sacrifices of the temple for eight days, and omitted no sort of pleasures thereon; but he feasted them upon very rich and splendid sacrifices; and he honored God, and delighted them by hymns and psalms. Nay, they were so very glad at the revival of their customs, when, after a long time of intermission, they unexpectedly had regained the freedom of their worship, that they made it a law for their posterity, that they should keep a festival, on account of the restoration of their temple worship, for eight days. And from that time to this we celebrate this festival, and call it Lights. I suppose the reason was because this liberty beyond our hopes appeared to us; and that thence was the name given to that festival. Judas also rebuilt the walls round about the city, and reared towers of great height against the incursions of enemies, and set guards therein. He also fortified the city Bethsura, that it might serve as a citadel against any distresses that might come from our enemies.