Why are the Jewish people compared to stars? 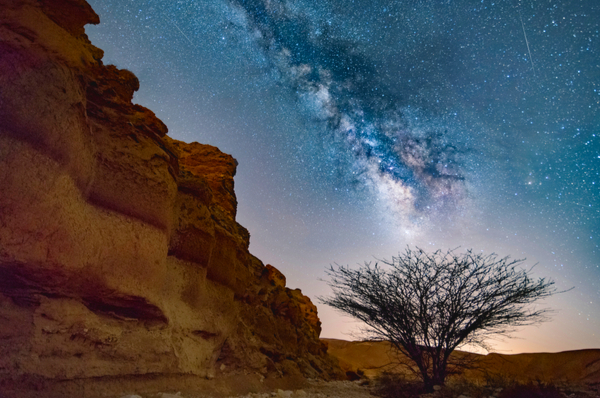 And Chana prayed: My heart exults in Hashem; I have triumphed through Hashem. I gloat over my enemies; I rejoice in Your deliverance.

Hannah’s prayer of thanksgiving, recorded in I Samuel 2, is considered a model prayer. In her time, there was still no established liturgy, and there was not yet any concept of organized prayer among the Israelites. Hannah’s prayer was a spontaneous expression of her deep spirit after finally being blessed with the child for whom she had desperately longed for so many years.

Over 3,000 years later, another Jewish heroine with the same first name would be born — Hannah Senesh. Born in Hungary in 1921, she fulfilled her Zionist dream and immigrated to the Land of Israel in 1939, which was then the British Mandate of Palestine. Senesh was a brave heroine who volunteered to leave her beloved Palestine in 1944 in order to fight with the partisans against the Nazis during World War II. She daringly volunteered to parachute into Nazi-occupied Europe to assist the British army and the Hungarian Jewish community. Tragically, she was caught, tortured and executed.

Throughout her life, Senesh composed beautiful poetry; the most prominent one for which she is remembered is Eli (אלי) — ‘My God’, which she wrote on the shores of Caesarea. Like her biblical namesake Hannah, the deepest expression of Senesh’s soul is her prayer: “My God, My God, may these things never end, the sand and the sea, the rustle of the waters, the lightning of the heavens, the prayer of Man.”

Another one of Senesh’s poems illuminates a different verse in the Bible. In Genesis 26:4 God promises Abraham that he will make his descendants as numerous as the stars of heaven. Why are the children of Abraham compared to the stars? In one of her beautiful poems Senesh wrote, “There are stars whose radiance is visible on earth though they have long been extinct. There are people whose brilliance continues to light the world though they are no longer among the living. These lights are particularly bright when the night is dark. They light the way for mankind.” Like the stars in Senesh’s poem, the Jew’s role in this world is to light the way for mankind, despite the darkness we have encountered throughout our history.