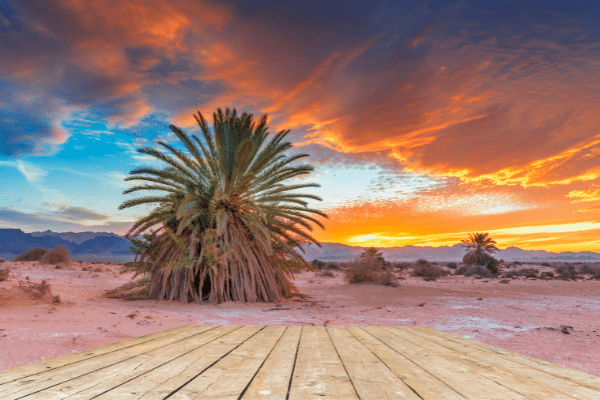 Early next morning they set out toward the crest of the hill country, saying, “We are prepared to go up to the place that Hashem has spoken of, for we were wrong.”

We’ve all done it; despite all of our good intentions, we make a bad mistake and we hurt someone we love. Full of regret, we apologize. But sometimes, apologies aren’t enough. When a borrowed car is returned with a bent fender, a trip to the auto-repair shop will set things right. But a missed birthday or anniversary cannot be un-missed. A make-up present only emphasizes the original offense. No matter how hard we try, some mistakes cannot be undone.

This was what the Jews experienced in the desert. They admitted their sin in listening to the spies, and regretted accepting the spies’ slander of the Holy Land. They beat their chests and cried out to God in repentance. But it wasn’t enough; their punishment was determined and their destiny sealed. That generation, save Caleb and Joshua, were condemned to wander the wilderness; only their children would enter the Promised Land.

Like a contrite husband the day after forgetting his wedding anniversary, trying to enter his home with a forlorn bouquet of roses in hand, a group of repentant Jews gather together after the sin of the spies to try to enter the land of Israel – as if the sin had never happened. And like the husband, this group of Jews arrived at the border only to discover that the key no longer fits the front lock and entering is no longer an option.

And like the husband, they are perplexed. Why was their apology rejected?

After the episode of the spies, though the people were repentant, Moses warned that any attempt to enter the land would fail. And yet a group of Jews ignored Moses’ warning and tried to enter the Land anyway. This desperate group is referred to in the Bible as the ma’apilim, meaning “those who are defiant.” And just as Moses warned, Amalekites, Amorites and Canaanites successfully stopped their attempt and beat them back to Hormah.

Why did God reject their desperate attempt to enter the Land?

Rabbi Naftali Berlin, a 19th-century Torah scholar, explained that these “defiant” men interpreted God’s discouragement as a final test of their resolve. They were willing to risk their lives to enter Israel – even if Moses and the Ark remained in the camp. The ma’apilim were mistaken and paid with their lives, but they meant well. Their attempt illustrated that they had fully repented from the sin of not wanting to enter the land.

But in doing so, they also transgressed, showing that they were not entirely faithful to God’s commands. The ma’apilim thought about themselves and were not paying attention to what God really wanted from them. They wanted to feel good about themselves, to feel like they were the ones who had made things better, that they had personally opened the way to enter Israel. But in doing so they were making amends on their own terms without regard for the One they had wronged. Hastening the redemption is only possible if we follow God’s plan.

In our own lives, seeking forgiveness is not about making ourselves feel better or regaining the sense of “I’m a good person.” The way to reconcile with someone we have hurt is to listen to them and genuinely determine what they need at the moment. Otherwise, we are making amends on our own terms without regard for the person we have wronged.