How to Overcome the Tyranny of the Majority 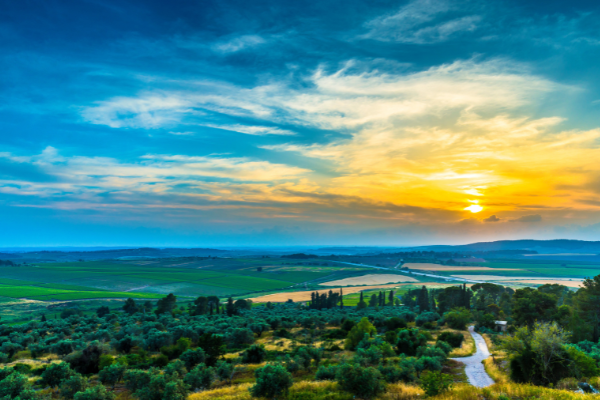 Kalev hushed the people before Moshe and said, “Let us by all means go up, and we shall gain possession of it, for we shall surely overcome it.”

Have you ever stood alone, finding yourself in the minority, uncomfortable with the positions and beliefs of those around you?

For most of the Jewish people’s history, this has been the status quo. Guided by the Torah, they usually found themselves in the minority, forced to resist the passions of the majority. And it’s a challenge that continues today, in our own time.

In the wake of George Floyd’s horrific murder in May of 2020, the Black Lives Matter movement  took to the streets and took over the public consciousness. An estimated 15 million to 26 million people participated in the BLM protests in the United States, making it one of the largest movements in the country’s history. Historically, the Jewish community was at the forefront of the civil rights movement, with prominent Rabbis marching arm in arm with Martin Luther King.

But BLM was tainted with a strong anti-Israel and antisemitic bias. On May 30, 2020, during the Shavuot festival, members of BLM vandalized five synagogues and three Jewish schools and looted Jewish businesses. The BLM charter also accuses Israel of being an “apartheid state” and believes US military aid to Israel is the foundation of America’s problems.

All of this posed a moral dilemma for many Jews. While popular support and corporate endorsements lined up behind BLM, many Jews felt torn. They wanted to support the black community, but were also disturbed by BLM’s antisemitism. Choosing to stand up for Israel – and against BLM – would mean taking a glaringly unpopular stand against the majority.

Fortunately, the Bible is a beacon of truth, showing us how to make the right decisions and make a stand – no matter how hard it might be.

When the people of Israel wanted to send spies to scout out the Land, God did not favor the plan. Rashi (Numbers 13:2) explains that God’s language send for you (שְׁלַח־לְךָ; shlach lecha) indicates that God told the people: “This is your idea, not mine. Do it if you want to.”

Moses sent 12 spies, one for each tribe, to scout out the Land. Ten of the spies soon hatched a plan to speak badly of the Land and convince the people that it was impossible to conquer it. The ten men formed a unified front, resorting to reason and logic to upend God’s command, emphasizing the overwhelming strength of the enemy.

Of the twelve spies sent to explore the land of Israel, only Joshua and Caleb remained loyal to God and trusted in Him. They remained steadfast despite calls from the people to stone them for speaking out. But Caleb countered with a simple, “Let’s go – we can do it!” While the people despaired, Joshua and Caleb tried to bring the people back to God:

If Hashem is pleased with us, He will bring us into that land, a land that flows with milk and honey, and give it to us; only you must not rebel against Hashem. Have no fear then of the people of the country, for they are our prey: their protection has departed from them, but Hashem is with us. Have no fear of them!” Numbers 14:8-9

How did Caleb and Joshua resist the peer pressure exerted by the other spies?

Joshua set himself apart from the very beginning, refusing to travel together with the other spies. He went on his own, independent way, and separated himself from their cynical and dangerous influence, allowing him to remain steadfast.

Caleb utilized a different strategy. He traveled together with the other spies, and was concerned that their peer pressure would overcome him. To save himself from their influence, Caleb prayed to God for guidance and clarity at the Cave of the Patriarchs in Hebron. His prayer gave him strength, and despite being surrounded by the corrupting group-think of the other spies, he remained independent and true to God.

We live in emotional times, when mass movements and group-think dominate our national discourse. Though we all believe in social justice and fairness for all, all too often these movements are also advancing other, deeply troubling agendas that are at odds with Biblical teachings and values.

During times like these, Religious Jews and Christians must turn to Joshua and Caleb to be our guiding lights, for they show us how to stand up to the tyranny of the majority. Let us stand together, and pray together, that we may remain true to God’s word!