What Does it Mean to Be Holy? 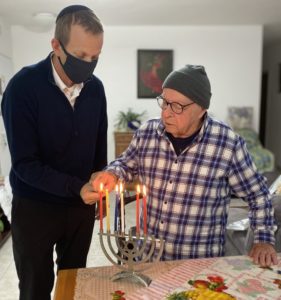 Speak to the whole Israelite community and say to them: You shall be holy, for I, Hashem your God, am holy.

There has been much speculation about this verse. At first glance, the imperative seems impossible as it requires the nation of Israel to be holy in the manner that God is holy.

The Hebrew word for ‘holy’ (kadosh) literally means ‘to be separate’. Rashi explains that in this context, holiness refers to sexual purity, this is, refraining or separating from forbidden relations. In this regard, Rashi sees this verse as a summation of the previous chapter which deals with this subject.

The Rambam (Maimonides) takes this further, explaining that this verse is stating a general principle to keep the entire Torah. Consequently, he rules that it is not an individual mitzvah (commandment), rather a universal commandment.

Other commentators accept these approaches to holiness, mandating the self-control necessary for refraining from sensual gratification. But they explain that this is to be viewed more as symptomatic of the general overall quality of holiness that should be a mark of every Jew’s personality.

However, these prohibitions have already been mandated. The explanations of Rashi and the Rambam seem to make this verse redundant and unnecessary.

Ramban (Nachmanides), therefore, understands that it is possible to perform all the mitzvot (commandments) and to still be a boor and distant from God. The mitzvot provide boundaries and guidelines, but they do not in and of themselves translate into holiness. According to the Ramban, this verse is exhorting the Jews to go beyond what is commanded in the Torah; to strive to be holy and similar to God. He also warns against seeking loopholes in the laws, ways of observing the letter of the law while still engaging in behavior that distances the Jew from God.

At the same time, the Ramban warns not to overindulge even in things that are permitted. This includes gluttony and overindulgence in wine. Sanctity is achieved by relating to the physical world, using it but not being owned by it or given over to it.

Other commentaries explain that kedusha (holiness) means to be ready and willing to perform all that is good. This level of holiness can only be achieved when a person is so steeped in morality that the inclination to do evil no longer has a place within his being.

After the command to be holy, the Torah goes on to list mitzvot such as honoring parents, keeping Shabbat, leaving the edges of the fields for the poor, paying laborers their wages in a timely fashion, and many others. Rabbi Moshe Feinstein explains that these mitzvot come after the mandate to be holy because they cannot be performed completely, or even understood, without being holy. For example, the mitzvah of respecting parents is not like any other kind of respect which is earned or relates to accomplishments or social standing. Parents are partners with God in creating children and for this reason alone deserve the respect of their offspring. Charity is due the poor and is not a gift. In a state of holiness, we can understand that the money we give to the poor is rightfully theirs, and if one does not give he is robbing the poor.