What do Noah’s ark, the Temple lamp and anointing oil have in common? 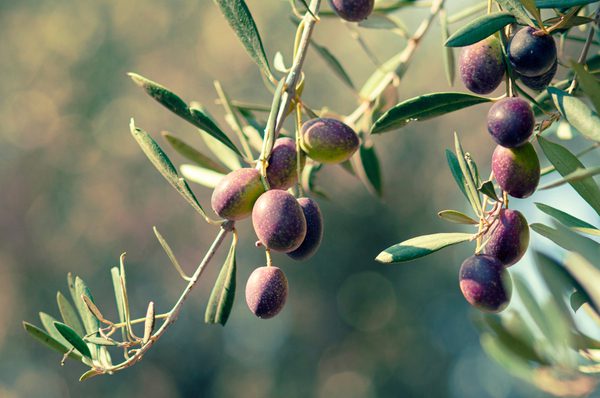 and that they must announce and proclaim throughout all their towns and Yerushalayim as follows, “Go out to the mountains and bring leafy branches of olive trees, pine trees, myrtles, palms and [other] leafy trees to make booths, as it is written.”

The first time the olive tree is mentioned in the Bible is when Noah checked to see if the flood waters had receded. After the rain stopped falling, Noah waited until after the tops of the mountains became visible, and then sent a dove from the ark to check if the waters had abated enough to leave the ark and begin life on earth again. On its second flight, the dove returned with an olive branch in its mouth and Noah knew that the water had receded sufficiently for life on earth to begin anew (Genesis 8:11, 21). Hence, the image of a dove grasping an olive branch has become a symbol of peace.

Olive oil is heralded in the Bible as one of the great agricultural products of the Land of Israel (Deuteronomy 8:8), and there is a special commandment to use oil made of olives, with additional ingredients such as myrrh and cinnamon (Exodus 30:22-25), to anoint kings, priests and the holy vessels of the Tabernacle and Temple. Pure olive oil was also used for the lighting of the golden lamp in the Tabernacle.
One lesson we can take from the olive is that just like an olive yields oil only when pressed, so too, as human beings, when we are pressed between the millstones of life our best selves emerge. Similarly, the Jewish people are refined when faced with difficulty, as hardship allows one to become more sensitive to others and form a closer connection with God.

An additional message of the olive can be found in the book of Nehemiah. When the people in Nehemiah’s time, the beginning of the Second Temple period, constructed their sukkot, or booths used to observe the Feast of Booths, they specifically looked for olive branches even though any species of tree may be used. Why? As we mentioned previously, the olive plays a significant role in the story of Noah’s flood, the lamp in the Temple is kindled daily exclusively with olive oil, and the oil from an olive is also used ceremoniously to anoint a new king. What all these things have in common is the theme of renewal. After the flood, the world was given a new start. Each time the lamp in the Temple is lit it is kindled anew, without any reliance on previous lightings, and the coronation of a new monarch also begins a new era for the kingdom. This symbolism was certainly not lost on the people in Nehemiah’s time, who were renewing their traditions in the God-given land of their forefathers, and they therefore made sure to use olive branches.