Was Midian the Cradle of the Exodus or the Enemy of Israel? 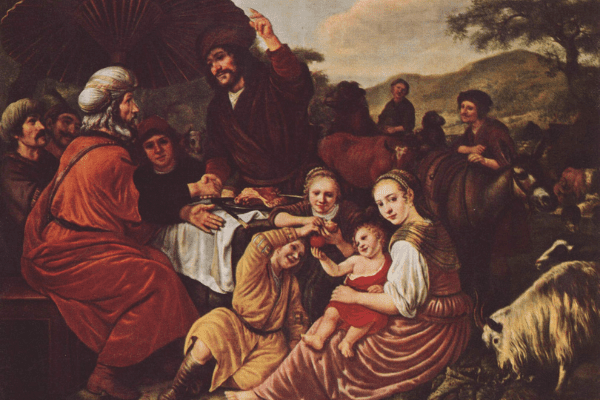 When Pharaoh learned of the matter, he sought to kill Moshe; but Moshe fled from Pharaoh. He arrived in the land of Midian, and sat down beside a well.

After killing an Egyptian taskmaster, Moses fled Egypt and ran to Midian where, according to the sages, he lived in exile for 40 years. While in Midian, he married Zipporah, the daughter of Midianite priest Jethro, also known as Reuel. His experiences in Midian transformed him into the greatest leader Israel has known; taking the Hebrews out of Egypt, acting as the intermediary to bring the Torah down from heaven, and leading the Children of Israel through the desert for 40 years.

It is interesting to note that despite being described as a Midianite in Exodus, Jethro is referred to twice in the Book of Judges as a Kenite (1:16; 4:11). Some scholars suggest that the two terms are synonymous, while others believe that the Kenites were a tribe or subset of the Midianites. In any case, Jethro played a major role in Moses’ life as his father-in-law, employer, and later, advisor. In addition to Midian being associated with the Kenites, Isaiah 60:6 also connects the names Midian, Ephah, and Sheba.

The boundaries of the land of Midian are very indefinite, with the Bible indicating it was east of Canaan.  Many scholars place its location in the northwest Arabian Peninsula, on the east shore of the Gulf of Aqaba on the Red Sea.

At the time of Moses fleeing Egypt, Midian was probably located in the Sinai Peninsula and held some territory to the east of the Gulf of Aqaba. At that time, Mount Horeb, where Moses encountered the Burning Bush, was located in Midian. Later, the Midianites may have inhabited the land between Edom and Paran on the way to Egypt (I Kings 11:18). By the time of the judges, the Midianites seem to have located further north, to the east of Gilead.

The traders who took Joseph out of the pit and sold him to the Ishmaelites were Midianites. 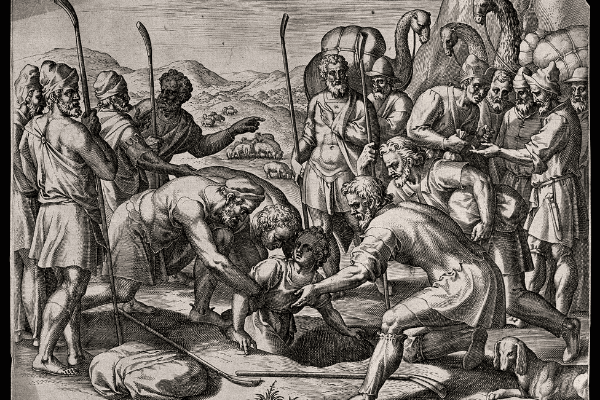 Joseph being pulled from the pit

The Hebrews encountered the Midianites after leaving Egypt when Israel passed through Moab, which bordered Midian.  After Balaam failed in his attempt to curse the Israelites, he successfully advised the Midianites to send their daughters to seduce the Israelite men, which caused a plague to strike the Israelites. One of Moses’ last commands from God was to take “vengeance” against the Midianites (Numbers 31). The Children of Israel slew every male and five Midianite kings, Evi, Rekem, Zur, Hur, and Reba. They also slew Balaam. The people spared all the women, but Moses ordered that only the unmarried women should live.

During the time of the judges, Midian is again associated with other enemies of God who tried to overthrow Israel (Judges 6:1).  God raised up Gideon the judge in order to overthrow the Midianite yoke which had been oppressing Israel for seven years. This victory over the Midianites at Jezreel was memorialized by the prophet Isaiah.

Despite the divinely emphasized enmity between Midian and Jacob’s descendants, Jethro’s descendants merited a portion of the land. To this day, the Druze, who serve with distinction in the IDF and have linked their destiny with modern Israel, claim to be the descendants of the Midianite, Jethro. 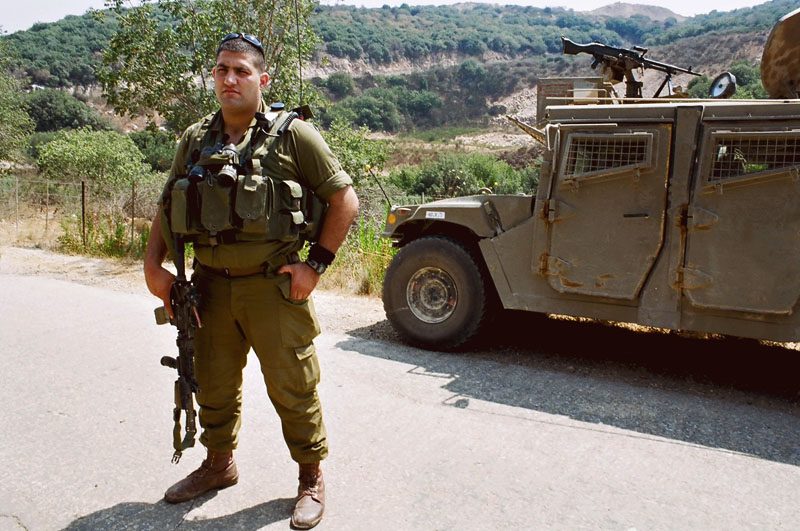