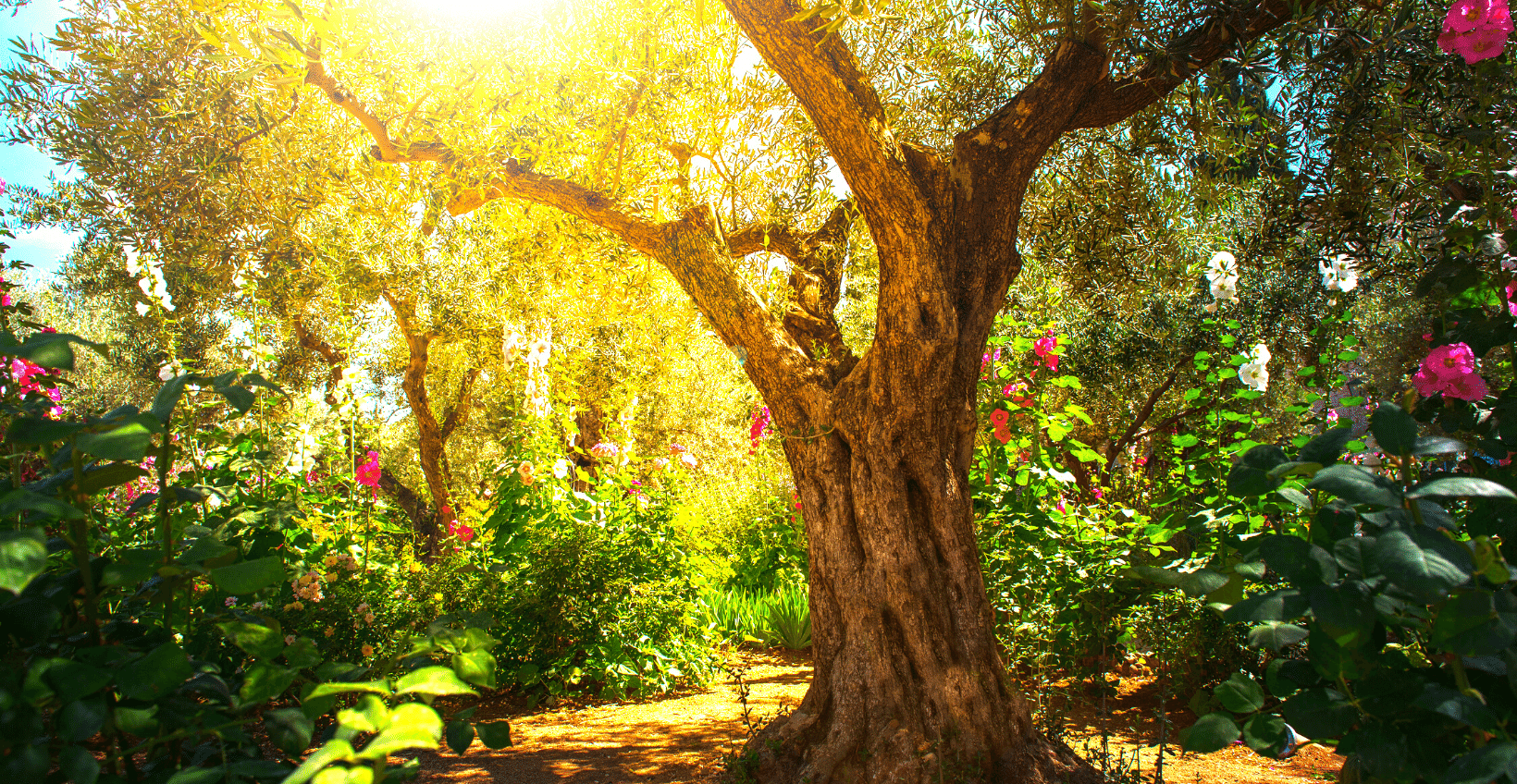 ❝There is hope for a tree; If it is cut down it will renew itself; Its shoots will not cease.❞ Job 14:7

Despite not being specifically mentioned in the Bible, Tu B’Shvat has Biblical implications and, as the holiday that connects Jews to the land, has become massively popular in modern Israel.

Tu B’Shvat is so named because it falls on the fifteenth day of the Hebrew month of Shvat The name is derived from the Hebrew date of the holiday. “Tu” stands for the Hebrew letters Tet [ט] and Vav [ו], which together have the numerical value of 9 and 6, adding up to 15.

Tu B’Shvat appears in the Mishnah (oral law) in Tractate Rosh Hashanah as one of the four new years in the Jewish calendar. In the Talmud, the precise date of the new year for the trees is a focus of debate between Hillel and Shammai. The first of Shevat is the “new year for trees” according to the school of Shammai. The school of Hillel taught that the new year of trees is on the fifteenth of Shevat. As in most such debates between these two schools of thought, the practical halacha (Torah law) is decided according to the house of Hillel.

When the Temples stood, the holiday had a practical implication. For the first three years of their growth, grapevines or fruit trees planted in Israel are categorized as orla (ערלה, literally ‘uncircumcised’) and it is prohibited to eat the fruit. When the Temple stood, the fruit of the fourth year was considered neat revai (נטע רבעי) and had to be brought to be eaten in Jerusalem. The counting of the age of the tree was done on Tu B’Shvat. No matter how many months the tree had been in the ground, on Tu B’Shvat, one year was added to the tree’s age.

Additionally, Maaser Sheni was a tithe which was collected in Jerusalem and Maaser Ani was a tithe given to the poor (Deuteronomy 14:22–29) that were also calculated by whether the fruit ripened before or after Tu BiShvat.
Though there are no Biblically mandated rituals to be performed on Tu B’Shvat,In Israel, Tu B’Shvat is like a Jewish Arbor Day. Environmental awareness programs abound and thousands of trees are planted throughout the country. Israel has planted over 240 million trees over the past nearly 100 years, giving it the rare distinction of having a net gain of trees when entering the 21st century. Afforestation is taken seriously here, as one of David Ben-Gurion’s dreams was to make the desert bloom.

In Israel, an ancient kabbalistic custom has been revived. Many celebrate a Tu BiShvat seder based on the Passover seder but based on fruit. Special haggadot have been written for this purpose. Fruit trees have a special status in Judaism. There is even a Biblical mandate forbidding soldiers from harming fruit trees in war.

“When in your war against a city you have to besiege it a long time in order to capture it, you must not destroy its trees, wielding the ax against them. You may eat of them, but you must not cut them down. Are trees of the field human to withdraw before you into the besieged city? Only trees that you know do not yield food may be destroyed; you may cut them down for constructing siegeworks against the city that is waging war on you, until it has been reduced (Deuteronomy 20:19-20).”

Rabbi Yohanan Ben Zakkai was quoted in the Talmud as saying, “If you are holding a sapling in your hand and someone tells you, ‘Come quickly, the Messiah is here!’, first finish planting the tree and then go to greet the Messiah.” Such is the high standing pf tree planting in Judaism.