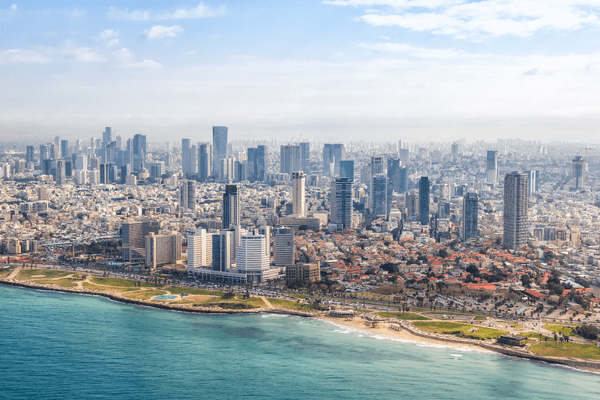 For the leader. Of David, the servant of Hashem, who addressed the words of this song to Hashem after Hashem had saved him from the hands of all his enemies and from the clutches of Shaul.

Hanukkah is quickly approaching and I am reminded of a joke my father, of blessed memory, used to tell every year after lighting the candles. With the doughnuts and potato pancakes arranged on the table and waiting to be eaten, my dad would announce, “They tried to kill us and failed miserably. They’re gone and we’re here. Let’s eat.” This proclamation can be made for many Jewish holidays and commemorative days, which often celebrate salvation from an enemy.

The tradition of “they tried to kill us” began with Ishmael and Esau, and has continued until today through their spiritual descendants. There is no question that the history of Jews is characterized by adversity and adversaries. Indeed, there is nary a single country the Jews have visited which has not turned on us with unreasoning hatred.

This hatred is not for the Jews, per se. We are, after all, a nation like any other. If anything, we have a gift for blending in, taking on the physical appearance and customs of our host nation. But the continued existence of the Jews is a constant reminder that God is in heaven and that He gave us the Torah to guide our lives. This is often too much for others to handle.

As always, when contemplating such disturbing aspects of human nature, it is best to turn to Psalms. How did King David deal with adversity and baseless hatred?

When faced with adversity and baseless hatred, King David cried out to God, as he says in Psalm 18:

In my distress I called on Hashem, cried out to my God; in His temple He heard my voice; my cry to Him reached His ears. Psalms 18:7 (The Israel Bible p. 1490)

David’s cries and prayers opened the doorway to mercy, and God responded:

But Psalm 18 is David’s praise of God for saving him, not from a specific enemy, but from the hands of all of the enemies who tried to harm him throughout his life:

For the leader. Of David, the servant of Hashem, who addressed the words of this song to Hashem after Hashem had saved him from the hands of all his enemies and from the clutches of Shaul. Psalm 18:1 (The Israel Bible p. 1490)

The expression “all of his enemies” stands out. When did David compose this psalm, and which enemies was he referring to? The medieval commentator known as Rashi suggests that David composed this psalm at the end of his life. Once he finally had peace and calm in his life, he was able to reflect on all the enemies he had faced throughout the years and thank God for saving him from them all.

According to the biblical commentator known as Abarbanel, however, David wrote this psalm while he was young and turned to it throughout his life, singing this song every time he experienced hardship and God’s salvation.

The Da’at Mikra commentary points out that like all of the psalms, this one was not intended to be limited to David’s time but is relevant for all generations. Instead of only referring to the enemies that David would face throughout his life, David had in mind all of the enemies that his people would face throughout their long history. Just as David kept this song with him at all times, and turned to it whenever relevant, the Jewish people have this psalm to turn to in order to praise and thank God for saving them from each of their enemies.

According to this understanding, this psalm was written by David about all of the hatred, hostility and antisemitism that would face his people throughout history.

Antisemitism defies all the rules of human nature. It is timeless, recurring throughout history, and it defies all logic. There are people who will go out of their way to harm Jews, even to their own detriment.

This was perhaps best illustrated by Balaam who, in his zeal to harm the Jewish people, woke up earlier than usual and saddles his own donkey, though he was an important person in his time, in order to run and curse them (Numbers 22:21, The Israel Bible p. 392). The sages explain this unusual behavior by saying “Hatred breaks the rules”. If Balaam was carrying out his appointed task out of a sense of obligation, he would not have woken early and saddled his own donkey. But he was driven by hatred for the Jewish people.

This unreasoning, self-destructive hatred of the Jews has been seen throughout history. Jews have historically brought blessings to their hosts. But time and again this was eventually rejected in favor of punishing God’s chosen people.

It is interesting to note the sages also emphasizes how Abraham woke early and saddled his own donkey in order to run and sacrifice Isaac. Abraham did so out of his love for God. The sages also explained this by saying, “Love breaks the rules”.

In the same manner that history has shown countless cases of an unreasoning hatred of the Jews, we are now witnessing an unprecedented love for God’s chosen people. Bible-loving Christians are becoming Israel’s greatest and most ardent supporters in a manner that “breaks all the rules.”

And may that also be the prayer for our generation as we prepare for our final redemption.