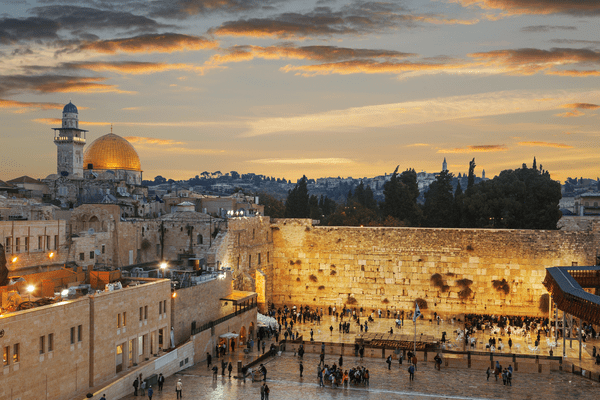 High school was difficult for me. Not only was I an awkward teen but there was also a group of guys who, unbeknownst to me, had decided amongst themselves that they would make my life miserable. They would take turns playing pranks on me. At first, I thought I was the victim of random accidents. When it became clear that they were intentional, I assumed they were uncoordinated acts with no particular malice toward me. But eventually it became clear that I was being targeted.

I have one particularly clear memory of being surrounded by ten burly teens. It was clear that I was in for a beating. The biggest boy stepped up and pulled back his fist. But in a manner that seemed strange and incongruous, he said, “Nothing personal.”

And then he hit me.

I apologize for telling this story. It was difficult to write and must have been difficult to read. It is mostly fiction. But the experience is real, etched into the collective unconscious of every Jew. We have been targeted by the oldest and most extreme form of racism since the first Egyptian taskmaster beat a Hebrew slave. There are very few countries that do not bear the guilt of oppressing, forcibly converting, or expelling the Jews. This hatred of God’s chosen is described in the Bible, as well as history books and even yesterday’s newspaper.

As a friend of mine quipped, “The Jews are the chosen people. But couldn’t you pick on someone else for a change?”

So, in a very real sense, when we fast on Tuesday, the Tenth of Tevet we are meditating not only on the hatred of the Babylonians which led to the destruction of the Temple, but on the same hatred experienced on the streets of Brooklyn when Hassidic Jews are targeted for attack. We are talking about the same hatred that fuels anti-Israel movements and the anti-Israel bias in the halls of the United Nations.

But what is the Tenth of Tevet and what exactly do we commemorate on this day?

FIND OUT MORE ABOUT THE TENTH OF TEVET AND ANTISEMITISM

The tenth day of the Hebrew month Tevet, which comes one week after the last day of Hanukkah, is a minor fast day. The fast begins at dawn and ends after sundown, and commemorates the beginning of the siege of Jerusalem by Nebuchadnezzar II of Babylonia in 425 BCE, an event that was described in the Book of Kings (II Kings 25:1):

The siege set in motion a series of tragedies: thirty months later, on the 9th of Tammuz, Jerusalem’s walls were breached. And three weeks after the breach of the walls, on the 9th of Av, Solomon’s Temple was destroyed. The Kingdom of Judah soon fell and the Jews were carried away into the Babylonian exile which lasted 70 years.

A little-known story is that on the Tenth of Tevet in 1949, Chief Rabbi Untermann declared that “the day on which the first destruction [of the Temple] commenced should become a memorial day also for the last destruction.” Two years later, the Chief Rabbinate decided to officially turn the Tenth of Tevet into a memorial day for Holocaust victims whose date of death is unknown, and they called for every household to light a candle in their memory.

This custom was dropped a few years later when the Knesset passed a law establishing Yom Hashoah (Holocaust Memorial Day) on the 27th of Nissan, which marked the Warsaw Ghetto uprising, and the Yad Vashem law establishing Israel’s Holocaust museum. Many people, however, retain the custom of mourning Holocaust victims on the Tenth of Tevet.

And in a very real sense, people from the nations who stand against antisemitism are helping to rebuild the Temple in Jerusalem. And when the Temple is finally rebuilt, we will all celebrate together.

In the end-of-days, the Tenth of Tevet, as well as all the other fast days which commemorate the destruction of the Temple, are prophesied to transform from days of fasting into a joyous day of feasting (Zechariah 8:19):

We look forward to the speedy fulfillment of this prophecy!