The Scroll of Esther: The Hidden Name of God 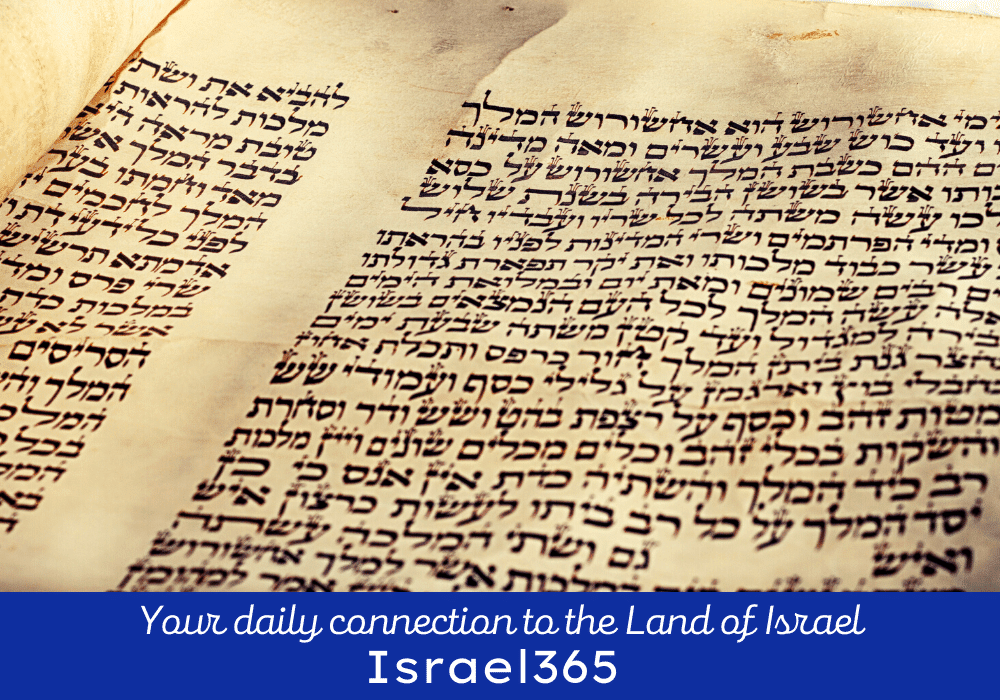 It happened in the days of Ahasuerus—that Ahasuerus who reigned over a hundred and twenty-seven provinces from India to Ethiopia.

❝Then Queen Esther daughter of Avichayil wrote a second letter of Purim for the purpose of confirming with full authority the aforementioned one of Mordechai the Yehudi.❞ Esther 9:29

Divided into ten chapters, the story recorded in the Megillah of Esther is the basis of the Jewish festival of Purim. The story is read aloud and in public from a scroll known as a Megillah. It is read twice during the holiday; in the evening and again the following morning. During the reading, the scroll is folded as the reading advances, unlike a Torah scroll which is rolled. This is reminiscent of the ‘letters’ that were sent out in the story as royal decrees.

It is significant that the word “feast” appears twenty times in the scroll and only 24 times in the rest of the Hebrew bible leading to the commandment to partake in a festive meal.

The Story of Purim

The Book of Esther relates the story of Esther, known in Jewish tradition by her Hebrew name Hadassah. The story is set in the Persian capital of Shushan in the third year of the reign of King Ahasuerus when he holds a lavish 180-day banquet, initially for his court and a subsequent seven-day banquet for all inhabitants of Shushan. On the seventh day of the general banquet, Ahasuerus orders his queen, Vashti, to display her beauty and appear before the guests in her crown (and, according to some commentaries, nothing else). Vashti refuses.  Ahasuerus is furious and consults with his counselors who advise him to banish her as an example to other women who might become rebellious. A decree is sent out to the entire kingdom, ordering that “every man should bear rule in his own house”

Ahasuerus then sets out to choose a new queen by gathering together beautiful young women from throughout the empire. One of these women is a Jewish orphan named Esther, who was raised by her cousin or uncle, Mordechai who is from the tribe of Benjamin. Upon the advice of her uncle, she hides her Jewish identity.

The king chooses Esther as his queen and throws a banquet in her honor. Shortly after her coronation, Mordecai discovers a plot to assassinate Ahasuerus being planned by two courtiers, Bigthan and Teresh. The conspirators are apprehended and were impaled on stakes, and Mordecai’s service to the King is recorded.

Ahasuerus appoints Haman son of Hammedatha the Agagite as his highest official. Mordechai refuses to bow down to Haman, thereby angering him. Haman discovers that Mordecai was a Jew and, in revenge, plots to kill all the Jews in the empire. He pays Ahasuerus ten thousand talents of silver for the privilege of killing all of the Jews. Haman casts lots (purim in Hebrew) to choose the date on which to do this. The thirteenth day of the month of Adar is chosen and a royal decree is issued throughout the kingdom that all the Jews will be slain on that date.

When Mordecai heard of the plan, he tore his clothes and put on sackcloth and ashes, wandering through the city, crying out loudly and bitterly. Esther implored him to stop making a spectacle of himself and sent him clothes. He refuses, imploring her to intercede with the King. Esther has not appeared in front of the king for 30 days and she explains that anyone who appears before the king uninvited may be put to death. He insists and she directs Mordecai to have all Jews fast for three days for her. On the third day, she appears before Ahasuerus, who stretches out his scepter to her, indicating that she is not to be punished. When he asks what she wants, she invites him to a feast along with Haman. During the feast, she invites them to yet another feast the next evening.

When Haman left the feast, he was confronted by the sight of Mordechai again. When he returns home aggrieved, his wife suggests that he have gallows built to hang Mordechai, which he immediately does.

Ahasuerus returns to his chambers but cannot sleep. He orders the court records be read to him and is reminded of the incident in which Mordecai interceded in the plot against his life. He inquires what was done and is informed that Mordecai never received any recognition. Just then, Haman appears to request the King’s permission to hang Mordecai but before he can make this request, Ahasuerus asks Haman what should be done for the man that the King wishes to honor. Assuming that the King is referring to himself, Haman suggests that the man be dressed in the King’s royal robes and crown and led around on the King’s royal horse, while a herald calls: “See how the King honors a man he wishes to reward!”. To Haman’s horror, the King instructs him to do precisely that for Mordecai which he reluctantly does.

The next night, Ahasuerus and Haman attend Esther’s second banquet. The King was so pleased that he promises to grant her any request, and she reveals that she is Jewish and that Haman is planning to exterminate her and her people. Overcome by rage, Ahasuerus leaves the room. Haman begs Esther for his life, falling upon her in desperation. The King returns at this very moment and thinks Haman is assaulting the queen. He is so enraged that the king orders Haman hanged on the very gallows that had been prepared for Mordechai.

Unable to annul a formal royal decree, the King instead adds to it, permitting the Jews to join together and destroy any and all of those seeking to kill them. On 13 Adar, Haman’s ten sons and 500 other men are killed in Shushan. Upon hearing of this Esther requests it be repeated the next day, whereupon 300 more men are killed. The Jews kill over 75,000 of their enemies but are careful to take no plunder. Mordecai and Esther send letters throughout the kingdom, calling for an annual celebration of the holiday called Purim. Ahasuerus remains very powerful and continues his reign, with Mordecai assuming a prominent position in his court.

It is interesting to note that the Book of Esther and Song of Songs are the only two books of the Bible that do not mention God’s name explicitly.  Nonetheless, a Megilla has the same status as a Torah scroll and must be written by hand by a Jewish scribe with kosher ink and a quill and in the same script as in a Torah scroll. The hide from which the parchment is made must be tanned for the sake of writing a Megilla and the individual sheets of parchment must be sewn together with threads made of sinews. Lines must be etched onto the parchment before writing commences in order that the words come out straight.

All of the letters must be written according to their exact configurations, no letters may touch each other. No letters may be omitted or added unnecessarily. One should not write vowels or blessings in the Megillah.

A Megilla that is not written thus is not valid for performing the mitzvah (commandment) of reading the story.

But since the name of God does not appear, Halacha (Jewish religious law) allows the Scroll of Esther to be illustrated without rendering it unkosher. Megillot come in various formats, from tiny scrolls with columns 11 lines high, to large scrolls of columns 42 lines high. Megillot Esther are frequently “illuminated” with decorative borders, pictures around the text, or pictures between columns.

The portion of the ten sons of Haman must be written like a song that has one word on each end and an empty space in the middle. Each name is to be written at the beginning of the line and the word V’Et (ואת) at the end of the line.

Since it does not contain the name of God, many Soferim (scribes) choose this as their first project.

Some Halachic authorities rule that a Megillah written by a woman is valid for use but others rule a woman is invalid to write a Megillah. The reason for permitting this is that women are obligated in the Mitzvah of hearing or reading the Megillah and there is thus no reason to invalidate them from writing it. This is strengthened by the central role that Esther plays in the holiday. The Megillah states explicitly that Esther ‘wrote’:

“Then Queen Esther daughter of Avichayil wrote a second letter of Purim for the purpose of confirming with full authority the aforementioned one of Mordechai the Yehudi (Esther 9:29).”