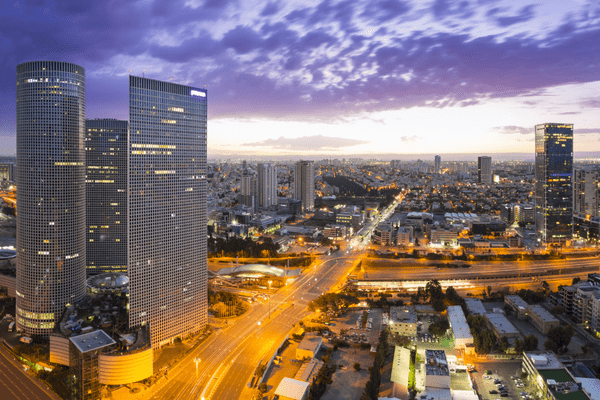 My friends and companions stand back from my affliction; my kinsmen stand far off.

The most wonderful thing happened to me this morning. My wife got sick. I don’t mean to say that it is wonderful that my wife got sick. What I mean is that I got a chance to take care of my wife. She woke up with a touch of the flu. Thank God it was not serious, but it kept her in bed. After sending the boys to school, I made a pot of herbal tea and whole wheat toast for my wife, setting up a small table next to her bed.

She thanked me and then mumbled something. I asked her to repeat it.

“For better or worse, in sickness and in health,” she said. “I am all for the health part. But when we got married, I didn’t think about the sickness part.”

She opened her book of Psalms and began to read. Just as I was leaving she stopped me and pointed at the page. King David had written about being sick in Psalm 38 (The Israel Bible, pp. 1516-1517), but he wasn’t given the same relief that I was providing for my wife. She thanked me for being there for her at all times.

What is our obligation towards those who are sick, and what was King David’s experience when he was ill?

Psalm 38 is difficult to read, as it is almost entirely an expression of pain, written by an individual who is suffering both physically and spiritually. While his bones have no peace and his sins are too much to bear, his friends stand afar, unable or unwilling to help, and his enemies seek to hurt him.

There is no soundness in my flesh because of Your rage, no wholeness in my bones because of my sin. Psalm 38:4 (The Israel Bible, p. 1516)

Much of this Psalm describes David’s infirmities and physical ailments. But King David recognized that everything was from God, including illness. He also knew that physical illness has spiritual origins.

According to Jewish tradition, visiting the sick is a very significant mitzvah (commandment). It is so significant that God, Himself, visited Abraham when he was recuperating from his circumcision (Gen. 18:1). Or, perhaps, it is significant because God visited Abraham and we are commanded to imitate God as much as possible.

But David found himself alone without any visitors:

My friends and companions stand back from my affliction; my kinsmen stand far off. Psalms 38:12 (The Israel Bible, p. 1516)

The French medieval Bible commentator Rabbi David Kimchi noted the importance of visiting the sick and the toll that David’s lack of visitors took:

“Many sick people are forsaken by their former friends. Sympathy and compassion give way to estrangement as people tire of observing another’s misery. As Solomon said, “All the brothers of a poor man despise him; How much more is he shunned by his friends!” (Proverbs 19:7). Nothing strengthens the ill as much as a visit by a friend, but my friends refuse to come.”

The Talmud (Bava Metzia 30b) teaches that visiting the sick is especially praiseworthy, as it puts the person in danger of contracting the illness.

When one visits an ill person, he takes one-sixtieth of his illness. Since visiting an ill contemporary involves contracting a bit of his illness, a special teaching is necessary to say that even so, he is required to go and visit him.

As such, the Talmud (Nedarim 39b) teaches that the reward for visiting the sick is beyond measure. Likewise, there is no limit to the number of visits or visitors, and no attention should be paid to any disparity in social status between the visitor and the sick person.

Consistent with the boundless aspect of this mitzvah, it extends to visiting the sick of all ethnic and religious groups (Shulhan Arukh, Yoreh De‘ah 335).

Of course, it is also praiseworthy, and some even say obligatory, to pray for the sick person, as Moses did for Miriam after she was struck with tzara’at (leprosy) for speaking slanderously about his wife. This archetypal prayer is notable in its brevity:

The act of visiting the sick is an important mitzvah (commandment) in Jewish tradition. In fact, visiting the sick is seen as an act of imitating God, who himself visited Abraham when he was recuperating. A visit to one who is unwell provides much relief and comfort, but as demonstrated through King David’s experience in Psalm 38, the lack of support and companionship during illness can greatly exacerbate one’s physical and spiritual pain. Now if you will excuse me, I have to go prepare some chicken soup for my wife.