The Real Victory of Psalm 4 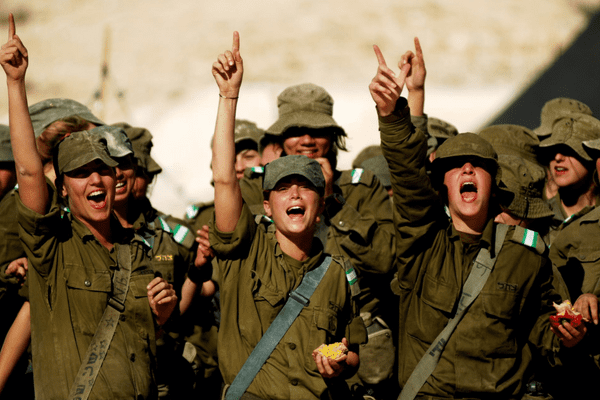 For the leader; with instrumental music. A psalm of David.

King David was a complicated person. Perhaps the most perplexing part of his life was his dual identities as a musician and as a warrior. David went from playing his harp to soothe King Saul, to having run from and fight his patron king.

He might have been hinting at this when he wrote Psalm 4 which begins:

For the leader; with instrumental music. A psalm of David. Psalm 4:1

The title of this psalm is lamnatzeakh (למנצח), translated as “for the leader.” The root of the word menatzeakh is נ-צ-ח, which means ‘victory.’ But the Hebrew word ‘menatzeakh’ also refers to a musical conductor.

The title of the Psalm, therefore, hints at both of David’s identities mentioned above: his musical side with which he created poetry and played the harp, and his military side. But is there a connection between them?

The medieval biblical commentator known as Rashi explains that this Psalm is referring to the Levites who were the Temple musicians and were “victorious” through music. It is interesting to note that the Levites began their Temple service at the age of twenty, the same age as when the men of Israel began to serve in the army.

This same duality found in King David can be seen in the Tribe of Levi. The incident of the Golden Calf was the event which granted the Levites their status as servants in the Temple. While the other tribes worshipped the Golden Calf, the Tribe of Levi overcame their evil impulse and refrained from sinning. And when Moses arrived, crying out “Whoever is for God, to me”, the Tribe of Levi took up their swords to answer his call, emerging victorious over the sinners, thereby saving Israel from divine wrath. The Levites who acted as warriors for the sake of Heaven were rewarded with being the singers and musicians in the Temple.

David may have hinted to the incident of the Golden Calf in this Psalm when he wrote:

Know that Hashem singles out the faithful for Himself; Hashem hears when I call to Him. So tremble, and sin no more; ponder it on your bed, and sigh. Psalm 4:4-5

It was the Levites who proved themselves as faithful to God that were singled out to worship in the Temple.

But there is an additional aspect of victory that David may have been hinting at when he penned this Psalm. According to the Sages, a victory for God is achieved when the Nation of Israel is living on its land, engaged in self-actualization and maturation, and evolves from a miracle-reliant culture into a self-sustaining and law-abiding nation. That is when, Hashem smiles down on them from heaven.

Many people would consider the miraculous military accomplishments of the Israel Defense Forces to be the victories that allow us to live in the land of Israel, but this “Psalm of victory” describes it differently.

Offer sacrifices in righteousness and trust in Hashem. Many say, “O for good days!” Bestow Your favor on us, Hashem.You put joy into my heart when their grain and wine show increase. Safe and sound, I lie down and sleep, for You alone, Hashem, keep me secure. Psalm 4:6-9

The real victory is what comes after the war, when the Jews live in Israel and develop a deep relationship with God. The height of this is expressed through the Temple service where the Levites and their music play an important role.