The real reason why so many Nobel Prize winners are Jewish 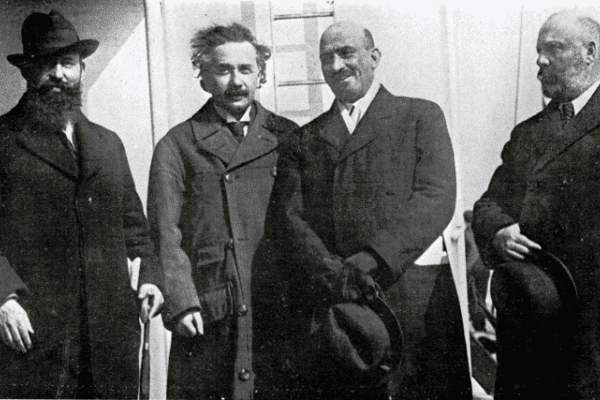 Although they were twins, Jacob (Yaakov) and Esau couldn’t have been more different. Esau was a skillful hunter, an outdoorsman while his younger brother Jacob was a meditative and thoughtful man who “dwelled in tents.” As a forefather of the Jewish people, Jacob instilled in his descendants a love for learning and appreciation for wisdom that has been in their national DNA ever since.

Rabbinic Bible commentators explain that Jacob was expanding on his grandfather Abraham’s philosophical teachings about the nature of the One True God, which became the foundation for monotheism and Torah principles. This verse has therefore become a primary source stressing the importance of Jewish and Torah education as a worthwhile lifestyle pursuit. Even when much of the world was focused on outdoor pursuits, the Jewish people have been honing our minds and hearts by studying the Bible in great depth.

Over time, Judaism developed a unique approach to Torah study. From the earliest age, Jewish children are taught to read the Bible in Hebrew and then to delve deeper with a study partner into other Torah works such as Mishna and Talmud study. This ancient method of studying with a partner, asking questions, and even arguing over the correct interpretation, which is practiced today in ever-increasing numbers in Israeli study halls, known as Yeshiva, has proven to be the secret to passing down a love for Torah from generation to generation.

Jewish Contributions to the World

God’s blessing of wisdom upon the Jews has not been limited however to the walls of the Yeshiva. Despite great persecution throughout history, God’s hand has visibly been upon the Jewish people. Apart from the Hebrew prophets and writers of the Bible, all of who were Jewish, Jews have made enormous contributions to humanity thanks to their deeply ingrained love of learning.

Albert Einstein. Jonas Salk. Mark Zuckerberg. Sigmund Freud. Karl Marx. These are just a few well-known Jews whose ideas have shaped the entire world in just the last 150 years. Jews are very few in number, there are approximately 15 million Jews in the world today, representing approximately .2% of the world’s population, yet incredibly, more than 20% of Nobel Prize winners have been Jewish!

What is the secret to that intellectual success? The educational principles passed along in Jewish families. Nobel laureate in physics, Isidore I. Rabi, recalled that when he was a child and came home from school his mother did not ask him, “Did you learn anything in school today?”

Instead, she would ask her gifted son, “Did you ask a good question today?” Rabi credits this attitude – highlighting the importance of curiosity and asking questions – with playing a major role in his accomplishments.

Clearly, the description of Jacob as a wise man “who dwelled in tents” has shaped his descendants for all time, and led to a great blessing for the entire world.