The Joy of Building a Home in Israel 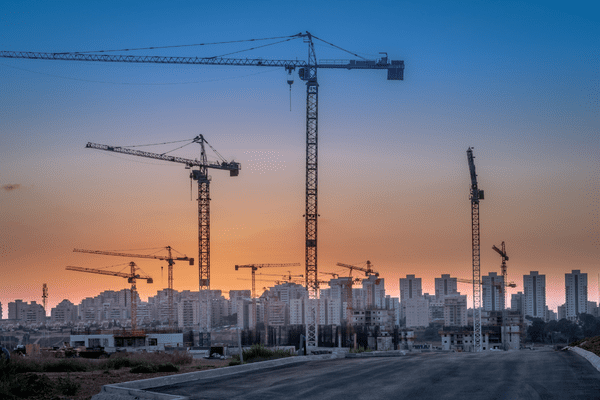 A psalm of David. A song for the dedication of the House.

The construction of my house was an epic saga I am passionate about telling. I was the contractor for my house in Gush Etzion, and when the builder was short on workers I showed up to help pour the foundation. I loved my house.

Israel is growing, and while new houses are being built all the time, housing is still in short supply. Ironically, new construction is often held up when archaeologists find remains of an ancient structure at the site. Building a house in Israel has been a Jewish thing since the Jews returned home from Egypt.

King David built himself a house (II Samuel 5:11), his son, Solomon, built a house for God, and for 2,000 years we have been praying to rebuild that house, a very special house, on a mountain top in Jerusalem.

Psalm 30 was written “for the dedication of the House (Psalm 30:1). What house was being dedicated when this song was composed? And how does the rest of the Psalm fit with this introduction?

Rabbi Abraham Ibn Ezra (1089-1164 Spain) taught that David was singing about his own home, the “house of cedar” that he built for himself (II Samuel 7:2). After all, David could not be singing about the Temple. It had not been built and God had even forbidden him from doing so.

But any time a Jew speaks about building a home, he is thinking about the house of God. As the Prophet Haggai pointed out, it is not fitting for us to live in nice houses without building a house for God:

Is it a time for you to dwell in your paneled houses, while this House is lying in ruins? Haggai 1:4

In fact, Rabbi Abraham Ibn Ezra says that there are those who say that David wrote this song to be sung at the dedication ceremony of Temple.

The rest of the Psalm, however, does not seem suited to new houses or new Temples. It speaks about David being beset by enemies and illness. What is the connection between the heading of the psalm and its body?

The 20th century spiritual leader, Rabbi Chaim Friedlander, taught that this psalm describes David’s inadequacies and God’s kindness towards him. When a person has a recognition of God’s kindness, it strengthens his relationship with God, which is the essence of the Temple service. Therefore, the theme of this psalm is fitting for the inauguration of the Temple.

But Ibn Ezra explains that the illness is a metaphor for the state of the Jewish people, downtrodden and persecuted, during the exiles before the construction of the Temple. The completion of the Temple will be the final stage of recovery. And when it is completed, we will sing this song.

This Psalm played an important role in the saga of Natan Sharansky, the soviet refusenik who spent nine years in prison during the 1970s before he was released and moved to Israel. He had a small book of Psalms that had been sent to him by his wife, Avital, just before his arrest. He carried the book with him throughout his time in prison, spending countless hours reciting psalms. Whenever the book was taken from him, he went on work strikes and hunger strikes, spending hundreds of days in incarceration and punishment cells just to get it back.

On the flight from Moscow that was to bring Sharansky to East Berlin and freedom, the person in charge of the flight appeared suddenly from behind a curtain and announced in a solemn voice:

“Sharansky, Anatoly Borisovich, I am authorized to declare to you that by order of the Presidium of the Supreme Soviet of the USSR, for conduct unworthy of a Soviet citizen, you have been stripped of Soviet citizenship and as an American spy you are being expelled from the Soviet Union.”

Sharansky responded with a counter-declaration, in which he denied being an American spy. He later described his reaction:

“I sat down with the sound of fanfare in my ears.  I knew all along that this day had to come.  And now I took the Psalm book and turned to Psalm 30, which I had long ago decided to recite at the moment of my release.”

“A song of David at the dedication of a house,” it began. Now I was reading these words en route to my own house in Jerusalem!”