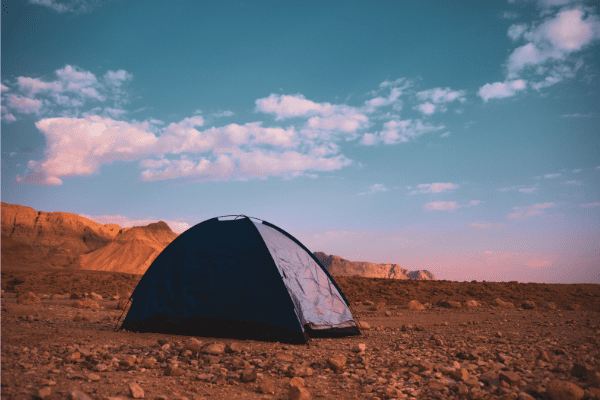 How fair are your tents, O Yaakov, Your dwellings, O Yisrael!

In today’s world of social media, nothing is private. People post and share everything about themselves, from what they ate for breakfast to their most personal and intimate moments. Sometimes it seems like privacy and personal space is a thing of the past, but is this really a Torah value?

The Israelite camp in the wilderness was huge by any standard. 600,000 is a lot of people and a lot of tents. But the Talmud (Baba Batra 60a) teaches that when he faced the Israelite camp, “Balaam saw that the tent openings of the Israelites do not face each other; rather each opening was behind the next one so that no one would look in the house of his friend”. He was so moved by this that he exclaimed the following blessing:

Balaam, who came from a culture without boundaries, suddenly saw a culture of privacy, gentleness, modesty, and hallowed personal space for every family and every human being. He was faced with the physical manifestation of mutual respect, expressed with intentionality and consideration for others. He encountered a culture without concern for constant updates on the news in every person’s life.

Ensuring that everyone enjoys a modicum of privacy is not only being considerate, but implies a certain amount of modesty. Each Jew has his own private life and relationship with God, and this was expressed in the desert in his relationship with his neighbors. With tent openings facing away from each other, no attempts could be made to show off, to give passers-by a glimpse of the inner opulence of the tent. In some communities, houses are designed to establish higher social standing through an ostentatious show of wealth. But at the outset, the Jewish nation was based on the Torah which does not push to externalize all aspects of life. Tent openings that did not face each other also ensured that inquisitive neighbors did not stick their noses in where they did not belong.

In addition, the tents of the Israelites were centered around the Tabernacle, God’s “dwelling place” on earth. This setup ensured that He was the focus of their thoughts and attention at all times.

In an age of social media, privacy is at a premium. Doxxing, revealing a person’s private information, is a form of revenge. It is important to remember that when God dwelt among the Children of Israel, they respected each other’s privacy. That is truly a blessing.