The Artist Behind the Construction of the Tabernacle 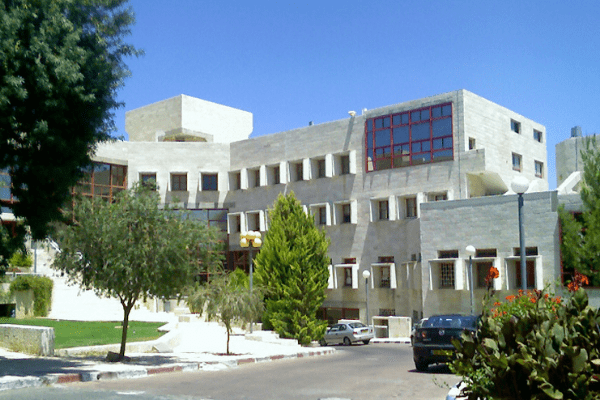 See, I have singled out by name Betzalel son of Uri son of Chur, of the tribe of Yehuda.

Even though no man ever came as close to God as Moses, when it came time to construct the Tabernacle, God assigned the task to Bezalel (meaning “in the shadow [i.e. the protection] of God”) the son of Uri and grandson of Hur, from the tribe of Judah. Caleb was his great-grandfather. He was assisted by Oholiab the son of Ahisamach from the tribe of Dan. For Bezalel to accomplish this daunting task, God endowed him with  “divine spirit of skill, ability, and knowledge in every kind of craft” (Exodus 31:3). 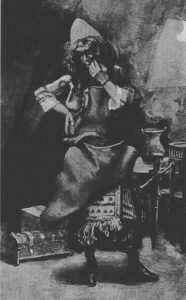 According to Jewish tradition, Bezalel was an artisan which gave him a deeper understanding of the Tabernacle than Moses. Rashi explained:

For Moses told Bezalel to make the vessels first and the dwelling place afterward, but Bezalel responded, ‘Don’t we usually build the house first and then place the utensils within?’ Moses answered, ‘What you have said is indeed the way I heard it. You are just like your name BTZAL- EL (In the shadow of God) for it is as if you were there when we had the conversation.’ And this is the way Bezalel made it, the Dwelling Place first and the vessels later.

In this regard, Bezalel was on the level of King Solomon, also from the tribe of Judah, who created the Temple in Jerusalem.

Similarly, the Midrash tells another story of Bezalel’s wisdom:

When G‑d told Moses, “Make a menorah of pure gold,” Moses said: “How should it be made?” and was told that it should be hammered out of a solid block. Despite the Divine instructions, Moses did not understand and after he descended from Mount Sinai, he forgot how to make it. He returned to Mount Sinai and asked God to explain again how it should be made. God patiently explained again but once again, Moses found it difficult to comprehend, and when he came down from the mountain, he forgot the details. This happened many times until God showed Moses a menorah of fire but even after this, Moses did not understand how to make the menorah.  Finally, God told Moses to seek out Bezalel who immediately understood how to make it. 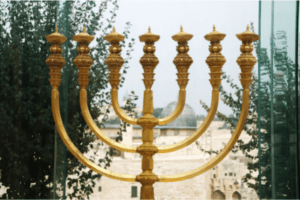 Replica of the golden menorah created by the Temple Institute for use in the Third Temple (Shutterstock.com)

The Ramban (Nachmanides) notes that Bezalel’s abilities were in themselves a miracle since during the centuries of the Jews’ stay in Egypt they had no access to precious metals such as gold, silver, and copper. Thus, the fact that Bezalel knew how to work these metals and craft utensils from them was entirely unexpected.

The Talmud explains that in order to help Bezalel create the Tabernacle, God gave to him the ten utterances that were used to create the world.

The Bezalel Academy of Arts and Design, located in Jerusalem, is a public college for design, art and architecture. Bezalel, established by the painter and sculptor Boris Schatz in 1906, is the oldest institution of higher education in Israel. It is named for the biblical artist Bezalel son of Uri son of Hur, who oversaw the construction and design of the Tabernacle in the desert.