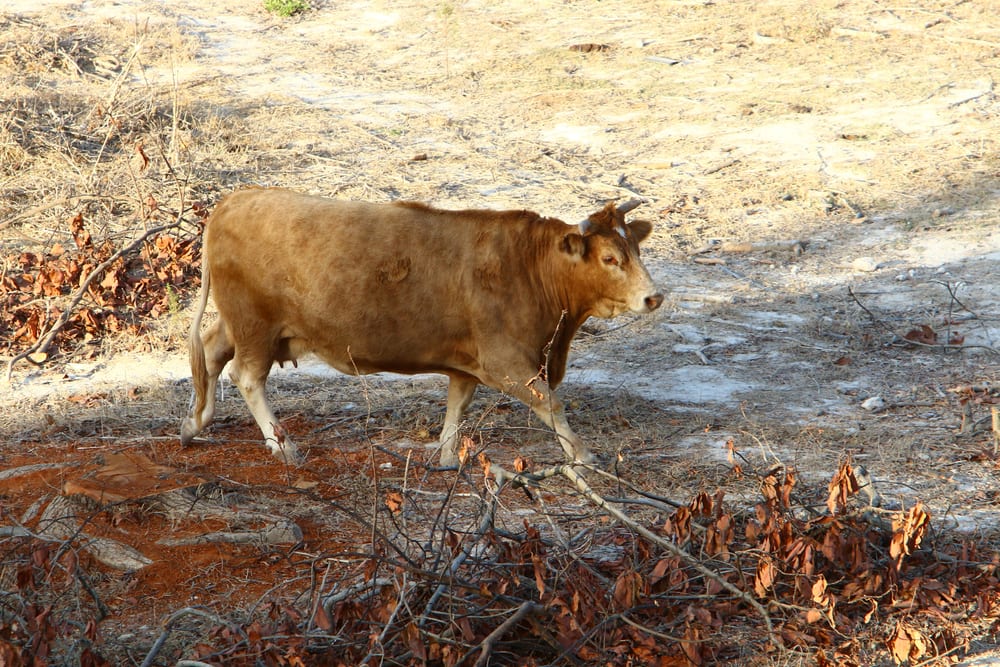 ❝This is the ritual law that Hashem has commanded: Instruct B’nei Yisrael to bring you a red cow without blemish, in which there is no defect and on which no yoke has been laid.❞

While most Torah laws are easily understood, there are a unique few that are considered to be above our mortal comprehension. In this case, we find ourselves at an impasse, for how could it be that those who prepare the cow’s ashes are impure even though the sprinkling of said-ashes will be used later on to anoint purity? Rarely do we find a law such as this; a commandment that must be accepted though faith alone.

Two Torah Scrolls, or Sifrei Torah, are brought out of the arks in synagogues around the world on the Shabbat after Purim. Normally, only one scroll is used on Shabbat to read the weekly Torah portion. However, on this Shabbat, Shabbat Parah, the weekly portion is read from the first followed by a second, the chapter of Parah Adumah or the Red Cow or Red Heifer. This passage describes the intensive procedure necessary to ritually purify oneself after coming into contact with a deceased person or Tumat Hamet.

The reading of this chapter was instituted for this time of year because Jews were required to purify themselves before coming to Jerusalem for the pilgrimage festival of Passover.

In addition to the weekly Torah portion, a passage from the books of the Prophets is also read, known as the Haftarah. The Haftarah read on Shabbat Parah includes:

“And I shall sprinkle pure water upon you, that you be cleansed. From all your contamination and from all your filth I will cleanse you (Ezekiel 36:25).”

We see many parallels between the concepts of sin, represented by contamination, and atonement, represented by purity, in many other similar portions of this week’s Haftarah too.

“Freedom of will in moral matters is the first and irreplaceable condition for living one’s life on the higher plane demanded by the Torah,” notes a scholar from the Orthodox Union, an international organization devoted to the welfare of the Jewish people. “Belief in man’s freedom of action, however, is endangered by the fact that man cannot avoid death and that he is subject to the superficial limitations imposed by the forces of nature.”

Rav Shimson Raphael Hirsch, in his commentary on Numbers 19:22, explains this further:

This special belief is shaken to its very core at the sight of a deceased individual. If the whole human being has succumbed to death, been overpowered by physical forces – If man, like all other organic beings, cannot escape the spell of an overpowering force – then there is no room for the moral “you shall” next to the physical “you must.” Moral freedom of will would then be an illusion, and the Divine law of morality with its demand for total free-willed devotion to the illuminating, purifying fire of its sanctuary would be incomprehensible.

Thus, sin is related not only to death, but also to contamination, which is closely associated with death. Because the sinner is shackled by his or her desires, he loses spiritual control of his or her actions. They are swept along by the physical lusts that have overpowered their spiritual selves. Thus, the most meaningful part of life, the spiritual, has been killed. For this reason, when G-d forgives man’s sin and grants him a new heart and a new spirit, He is imbuing him with purity, the state of mind in which man is the sole master of his actions.

According to biblical commentator Chazon Hamikrah, a living (and therefore a pure) person uses his body as he wills; it is his tool to use as he sees fit. The regenerate sinner, upon returning to the state of purity, joins once more the state of the living – and the free.