Save the Trees: A Divine Imperative 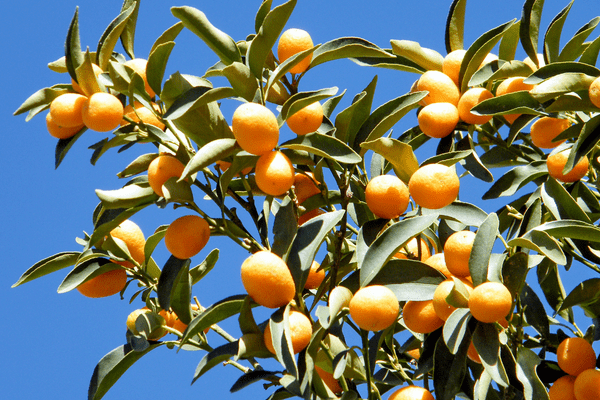 When in your war against a city you have to besiege it a long time in order to capture it, you must not destroy its trees, wielding the ax against them. You may eat of them, but you must not cut them down. Are trees of the field human to withdraw before you into the besieged city?

When we first moved into our house in the Golan, I did something I had always wanted to do. I planted a kumquat tree in my backyard. I love to eat the tiny oranges on Friday night, popping them whole into my mouth, the tangy skin shocking me awake.

I took a photo of it the first time it gave fruit. While looking at the picture, I realized that looming in the background was Syria. My precious little kumquat tree looked so frail and imperiled.

And then I remembered that the Torah had thought about my kumquat. War is an important subject, worthy of the Torah’s time and effort. But in the middle of the section of Deuteronomy dealing with the rules of war, the Torah suddenly warns that even in war, it is forbidden to cut down fruit trees. (Deut. 20:19)

Of course, this law protecting fruit trees is important to me and my Golan kumquat. But does it have enough universal significance to justify interrupting the Biblical narrative about war?

Maimonides notes that even though this passage in the Torah is referring specifically to wartime, the prohibition against cutting down fruit trees applies to other times as well. He further teaches that destroying anything that is useful to mankind falls under the prohibition of “do not destroy” (Deuteronomy 20:19). In Hebrew, this prohibition is referred to as bal tashchit, which literally means “do not destroy” but is understood to mean senseless waste. The Talmud applies this principle to prevent the wasting of lamp oil, the tearing of clothing, the chopping up of furniture for firewood, or the senseless killing of animals.

“Do not destroy anything” is the first and most general call of God… If you should now raise your hand to play a childish game, to indulge in senseless rage, wishing to destroy that which you should only use, wishing to exterminate that which you should only exploit, if you should regard the beings beneath you as objects without rights, not perceiving God Who created them, and therefore desire that they feel the might of your presumptuous mood, instead of using them only as the means of wise human activity — then God’s call proclaims to you, “Do not destroy anything! Be a mentsh (someone of noble character)! Only if you use the things around you for wise human purposes, sanctified by the word of My teaching, only then are you a mentsh and have the right over them which I have given you as a human. However, if you destroy, if you ruin, at that moment you are not a human but an animal and have no right to the things around you.

Everything in the world is a part of God’s creation. It is on loan to us to benefit ourselves and others, but not to use and abuse as we wish.

Tragically, modern society is hugely wasteful. As an example, according to a 2011 study commissioned by the Food and Agriculture Organization of the United Nations, “Roughly one-third of the food produced in the world for human consumption every year—approximately 1.3 billion tons—gets lost or wasted.”

Meditating on the Torah’s consideration for fruit trees (including my precious little kumquat) will help us focus on living a thoughtful life that takes into account the tragedy of wasting the resources provided for us by God. This will help us create a more balanced and healthy world.

But the Torah is also teaching us something deeper. After presenting the prohibition against cutting down trees the Torah asks: “Is the tree of the field a man, to go into the siege before you?” Homiletically, the Hebrew words in this verse are understood not as a question but as a statement: “man is a tree of the field”. Understood in this way, the Torah is teaching us much more than not cutting down fruit trees or wasting anything in this world as it all belongs to God. The Torah is teaching us that the greatest waste is to waste ourselves; to waste our time, our creativity, our intelligence, or our insight.