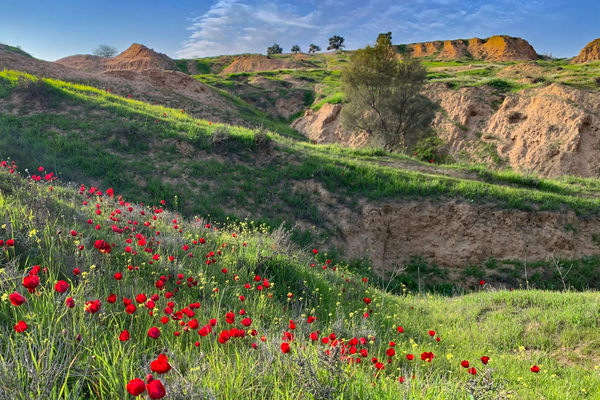 The name of the righteous is invoked in blessing, But the fame of the wicked rots.

Judaism has clear traditions of mourning, but when a tzaddik (righteous man) dies the anniversary of their passing becomes a day of celebration. The Zohar teaches, “A tzaddik who passes away is present in all worlds even more than during his lifetime.” This transcendence in the afterlife gives the righteous even greater energy to affect this world, and so their passing is celebrated.

Rabbi Abraham Isaac Kook, the first Ashkenazi Chief Rabbi of British Mandatory Palestine, passed away on the third day of Elul, 5695 (September 1, 1935).  A brilliant scholar, he was also considered to be one of the fathers of religious Zionism, a revolutionary movement in the Orthodox world. He also founded the Mercaz HaRav Yeshiva, an institution for high-level Torah learning in Jerusalem.

Like most great men, his real greatness is revealed in the true-life stories of his righteous character, his great love for every Jew and his passion for the land of Israel.

Most rabbis connect with the members of their community. Rabbi Kook not only saw all of Israel as his congregation, but as members of his extended family. He loved each and every Jew and treated all human beings with respect and sensitivity.

One year, on Rosh Hashanah (the Jewish New Year), a group of non-religious Jewish workers was doing construction in a building in Jerusalem. Their activity was absolutely forbidden by Jewish law. The neighbors, aghast at this public transgression on such a holy day, contacted Rabbi Kook.

The rabbi immediately sent a messenger to the site. But rather than rebuke the workers, he greeted them with the traditional holiday greeting. He then told them that Rabbi Kook had sent him to blow the shofar (ram’s horn) for them, one of the commandments of the day. The workers took a break from their labors and gathered around the rabbi’s emissary as he recited the blessings and began to blow.

The workers were deeply touched as the sound of the shofar took them back to their childhood. They began to tell each other and Rabbi Kook’s messenger about the sweet memories they had of the shofar and of the holiday. After discussing what had happened, they unanimously agreed to cease working on the holiday. They all went home, changed into holiday clothes, and went to pray in synagogue.

Another anecdote illustrates how Rabbi Kook constantly envisioned the imminent Messianic era, as well as his acceptance of all Jews. Rabbi Kook’s passing was announced at the 19th Zionist Congress in Switzerland. Menachem Ussishkin, a respected Zionist leader and the president of the JNF, addressed the gathering to speak about Rabbi Kook. After acknowledging the rabbi’s great scholarship, Ussishkin described his first meeting with Rabbi Kook. He noted Rabbi Kook’s strong connection with non-religious youth, a trait that was uncharacteristic of most Orthodox rabbis.

“His admiration for youth in general, and particularly the youth living in Eretz Yisrael — youth thousands of miles away from his own worldview — was like a father’s understanding of his son, a father who wishes to instruct his son and draw him close with insight and love,” Ussishkin said.

When he was questioned about this approach in his lifetime, Rabbi Kook responded:

“…The Holy Temple had separate courtyards. Some areas were only for priests; others were for Levites, or regular Israelites, or women. And there was one special place called the Kodesh HaKodashim, the Holy of Holies. There, only the High Priest was allowed to enter, and only once a year, on the holiest day of the year.

“All this was true when the Temple was standing. Then there were separate areas for each sector of the nation, and each person knew where he was allowed and where he was not allowed to enter.

“However,” Rabbi Kook said, “what do you think it was like while they were constructing the Temple? Then there were certainly no barriers. The workers went to any area that required their skills. Even into the Holy of Holies.”

“Nowadays, the Rabbi concluded, we are building “the Third Temple.” We are in the process of building. There are no — and there must not be any — barriers between the young generation and us, between the religious and the secular. We are all busy with one project; we are all working toward one goal. First, let us build this Temple. Afterwards we may discuss our differences….”

Rabbi Kook’s all-abiding love for his fellow Jew was powerfully illustrated in the following incident. A group of ultra-Orthodox Jews in Jerusalem were vocal critics of Rabbi Kook, criticizing him for his connection with secular Jews. They posted these criticisms in the streets and in the newspapers, defaming him and discrediting his authority.

One day, Rabbi Kook was walking home from a brit milah (circumcision ceremony) in the Old City of Jerusalem, accompanied by several of his students. Suddenly, a small group of his detractors accosted him, throwing waste water at the rabbi and soaking him in filth.

News of the attack spread throughout the city and several prominent men came to express their anger at the assailants.  One of the visitors, the legal counsel of British Mandate, suggested that Rabbi Kook press charges against his assailants, assuring the rabbi that if he did, his opponents would be deported.

“I have no interest in court cases,” replied the rabbi. “Despite what they did to me, I love them. I am ready to kiss them, so great is my love! I burn with love for every Jew.”

Sinat chinam, causeless hatred, is the sin that led to the destruction of the Second Temple. Often people say that the way to rebuild the Temple is through ahavat chinam, causeless love. Though Rabbi Kook burned with love for each and every Jew, he took exception to this term:

“There is no such thing as Ahavat Chinam — groundless love. Why groundless? He is a Jew, and I am obligated to love and respect him. There is only Sinat Chinam — hate without reason. But Ahavat Chinam? Never!”