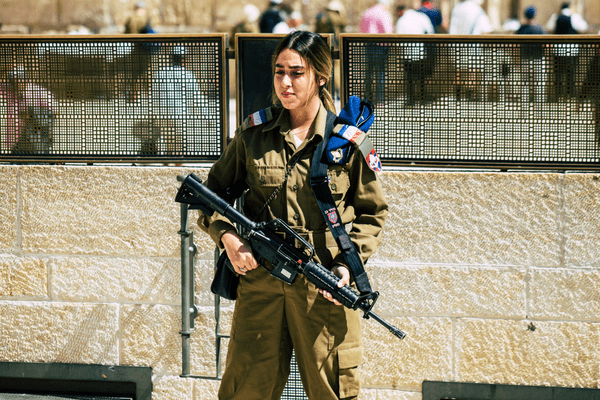 My Hashem, my God, why have You abandoned me; why so far from delivering me and from my anguished roaring?

Kalman was a dear friend of mine. Though I treasured his friendship, he was operating on an entirely different plane of existence. For example, one day we were walking down the street when a car pulled up. Some guy stuck his head out of a car window and shouted a disgusting anti-semitic slogan right at us. I sputtered in frustration, watching the car drive away as I tried to think of an appropriate response.

My holy friend Kalman, or, more correctly, King David, had the perfect response to antisemitism!

What is your worst nightmare? For King David, the answer is clear:

My God, my God, why have You abandoned me; why so far from delivering me and from my anguished roaring? Psalm 22:2 (The Israel Bible p. 1495)

Did David really believe that God had abandoned him? Of course not. But sometimes God makes it appear that way. In Jewish tradition, this is called hester panim (the hiding of His face).

The idea of hester panim is best expressed in the holiday of Purim.

On Purim we commemorate the events described in the Book of Esther. The evil Haman convinced the Persian king Ahasuerus to allow him to annihilate the Jews. Unlike the Syrian-Greeks at the time of Hanukkah, Haman’s attack was not directed at Judaism and Jewish culture, rather he aimed to obliterate the entire Jewish people. Things looked very bleak for a time, until Esther managed to have the decree reversed and the Jews were saved. Throughout the entire story, God’s name does not appear even once! Yet we know that behind the scenes God played a central role in the salvation of the Jews of Persia.

Jews have a tradition of reciting Psalm 22 (The Israel Bible p. 1495-1497) on Purim because, at face value (pun intended), God seemed to be hiding his face in our hour of dire need.

According to the medieval commentary known as Tosafot, another reason this psalm is recited on Purim, which commemorates the salvation of the Jews and the downfall of Haman and his followers, because the psalm describes the downfall of idolaters.

But the sages teach us another lesson about this Psalm, further linking it to Purim. They explain that when Esther was fasting in preparation for her appearance in front of Ahasuerus, she herself recited this psalm.

At first, Esther appealed to God in the name of all of Israel, recalling what He had for the Jews in Egypt:

In You our fathers trusted; they trusted, and You rescued them.To You they cried out and they escaped; in You they trusted and were not disappointed. Psalm 21:5-6 (The Israel Bible p. 1496)

This is entirely appropriate as Haman had set out to destroy the entire Jewish people, much like Pharaoh had tried to do.

But then, her appeal became intensely personal:

You drew me from the womb, made me secure at my mother’s breast. I became Your charge at birth; from my mother’s womb You have been my God. Do not be far from me, for trouble is near, and there is none to help. Psalm 21:10-12 (The Israel Bible p. 1496)

Esther was, in fact, an orphan with no father or mother to help her in her time of need. It was Mordecai, her uncle, who adopted and raised her, and she put her trust in God.

The threat at the time of Purim was both global, targeting the Jewish people as a whole, and specific, poised to harm Esther despite her place in the king’s palace. As Mordecai said to her in the Scroll of Esther:

This is the manner of antisemitism: it targets Jews as a people and it also harms the individual. Even if one imagines that he can blend in and avoid being identified as Jewish, a Jew will always be seen as a Jew. In the current political environment, some Jews reject Zionism in the mistaken belief that this will spare them from antisemitism. But the Holocaust taught us that this is not the case. Even the most secular and assimilated Jews were targeted by the Nazis.

In his article “Megillat Ester and the Yosef Story” Rabbi Chaim Jachter notes another disturbing trait of antisemitism:

Recall that the Persian Empire was very positively disposed toward Am Yisrael during the reign of Achashveirosh’s (Ahasuerus’) predecessors, Koreish (Cyrus) and Daryavesh (Darius).  The change to anti-Semitism was very quick and entirely unexpected, catching the Jews surprised and unprepared.  Recall that the Megillah (Scroll of Esther) records that the city of Shushan was confused (Eshter 3:15 The Israel Bible p. 1862), perhaps for this reason.”

This is a common theme with antisemitism – first host nations seem to welcome the Jews, then they turn on the Jews. This is what happened in Egypt, in Persia and in Germany. This was also true of Poland when King Casimir the Great invited the Jews in 1343 to enhance the economy. Poland flourished, and for centuries Poland was home to the largest and most significant Jewish community in the world. Poland was a principal center of Jewish culture because of the long period of statutory religious tolerance and social autonomy. But this began to change in the 18th century, and the Holocaust almost entirely wiped out this center of Judaism. In fact, most of the concentration camps were located in Poland.

While antisemitism threatens all of Israel, both globally and individually, it really stems from a hatred of God. David teaches us that the way to fight antisemitism is to strengthen our faith in the Almighty. When faced with hatred, we should turn to Him and trust that, though He may at times hide His face, it is God who will win in the end.