Jonah: What a Storm Can Teach You About Repentance

The Still Small Voice of the Shofar

Once a Brother, Always a Brother 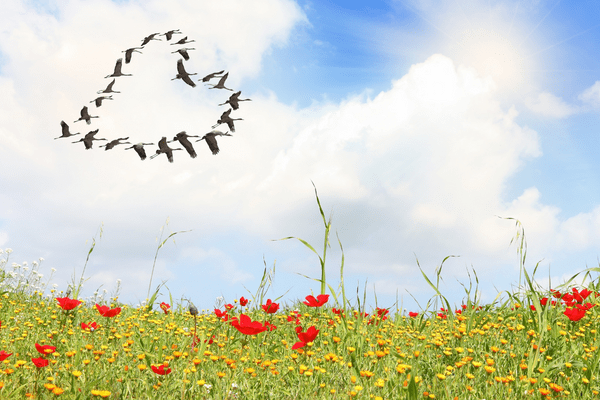 He may be given up to forty lashes, but not more, lest being flogged further, to excess, your brother be degraded before your eyes.

We raised our kids with a strict ‘No hitting’ rule. So I was shocked when I walked into the playroom and found my two sons, ages ten and eleven, hitting each other. To be more precise, the older boy was leaning over the table, allowing the younger brother to hit him with a long foam noodle. They both had serious looks on their faces and they counted out loud and in unison after each hit.

I stopped them and held out my hand, demanding they hand over the offensive noodle.

“What were you doing?” I demanded. “You know we don’t allow hitting.”

They looked at each other before the elder took the lead.

“We were doing the Torah,” he said.

“What does that mean?” I said. “Were you reenacting Cain and Able?”

He shook his head and walked to the bookshelf, took down the worn-out children’s Bible, opened to Deuteronomy and pointed to the verses:

When there is a dispute between men and they go to law, and a decision is rendered declaring the one in the right and the other in the wrong, if the guilty one is to be flogged, the magistrate shall have him lie down and be given lashes in his presence, by count, as his guilt warrants. He may be given up to forty lashes, but not more, lest being flogged further, to excess, your brother be degraded before your eyes. Deuteronomy 25:1-3

“He is my brother and I love him,” he explained. “I don’t want him to be degraded. So I flogged him but we counted very carefully. We were only up to 23. Can we finish now?”

But their innocent game raised a question in my mind. Why would the Torah refer to a person convicted of a serious crime as my “brother?”

It is clear that even a person determined to be deserving of corporal punishment must be respected, and may not be punished even slightly beyond that which the Torah prescribes. Beyond that, the Torah refers to him as your brother as the the Mishna (Makkot 3:15) explains:

Once he is flogged he is entirely and completely your brother, as his sin has been atoned and he is no longer excised from the Jewish people.

The Rambam (Maimonides) takes this even further, (Hilkhot Sanhedrin 17:7) explaining that once a sinner receives the prescribed number of lashes, not only is he no longer excised but he fully regains his status as an upstanding member of the Jewish people.

This has several practical implications in Jewish law, but on a spiritual and social level it teaches a beautiful lesson. There is no glory in punishments; not in giving them and not in receiving them. They are necessary when something has been broken and transgressed. It is a form repentance and part of the process of return. When a sinner accepts his punishment, he has accepted responsibility and acknowledged his guilt.

With this acceptance and recognition, he returns to his former unsullied state and can return to the status of ‘brother’. Until he accepts guilt and the corresponding punishment, he is not a brother.

The next step is incumbent upon the community. The community must accept him again as their brother now that he has repented. It is more than a new beginning. The Talmud states that for someone who repents out of love, his sins are turned into merits. A contrite soul is even greater than one who has never sinned. His desire to be our brother has driven him to repent and even to accept punishment.

Neither the sinner nor the one who executes the proper punishment should revel in the suffering. We should not give one strip too many. When the punishment is complete, when it has reached fullness, the next step is not more punishment. The very next step is brotherhood. The only hatred remaining should be for the sin which drove your brother away and caused him suffering; not for the brother in front of you who has repented out of love.