How the Rewards of Sin Bring Us Closer to God 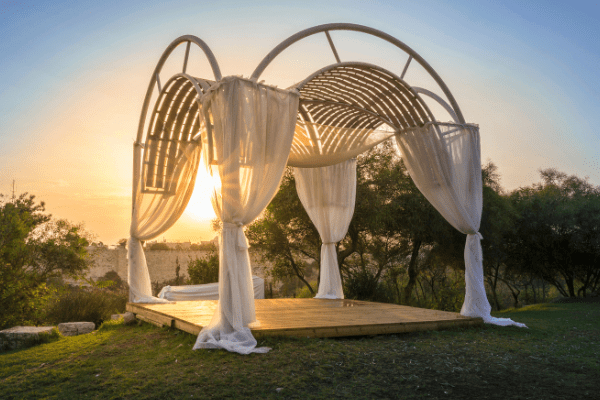 But if the woman has not defiled herself and is pure, she shall be unharmed and able to retain seed.

Sin is horrible. It drives us away from God, pushing us into a reality that seems devoid of life, love, and hope. This state of despair envelopes the most precious aspects of our lives. Marriage, the source of our greatest joy, can become fraught with anger if suspicion enters the pure sanctity that exists between the husband and wife. Remarkably, the Torah offers a solution to this through the ritual of the bitter waters. Even more remarkably, it is precisely from this dark cloud of suspicion that the greatest blessing grows. And the sages teach that this is true for every aspect of our lives; that through one specific method, we can turn our darkest sins into our greatest connection with God.

The Book of Numbers (Chapter 5:11-31) describes the ritual of bitter water given to a woman who acts in a way that causes her to be suspected of adultery. A woman is forced to drink the waters if she was warned by her husband regarding her relations with another specific man, and subsequently secludes herself with that man in the presence of witnesses, but there are no witnesses of actual wrongdoing.

The woman is brought before the priests with her hair loosened. She is then placed under oath before being given bitter waters to drink. If she were guilty of adultery, the waters would lead to her demise.

But the woman did, in fact, bring suspicion upon herself by secluding herself with a man who was not her husband. Why is she rewarded if her behavior was indeed inappropriate? The book Divrei Musar (words of morals), written by Rabbi Haim Yosef Azulai (1724 – 1 March 1806) also known as the Hida, asked this very question. He explains that even when a person sins, even in his lowest moments, there is a spark of holiness hidden in the ugliness of sin. This is based on the concept that the entire world, all of creation, exists as an extension of God. Nothing could exist entirely disconnected from Him.

In the case of the woman who drank the bitter waters, although she sinned by secluding herself with a man who was not her husband, passing the test proved that she overcame her desire to sin with that man. Even in that dark episode, she had a desire to remain pure and retain her holy love for her husband and her attachment to God.

Reish Lakish does not explain how this is possible and it is counterintuitive. How can a sin be retroactively turned into a merit? Similar to Rabbi Azulai’s explanation of the woman suspected of adultery receiving a reward for her sin, when a person repents out of love for God, that small spark of holiness contained within that sin takes over, becoming the defining aspect of the action.