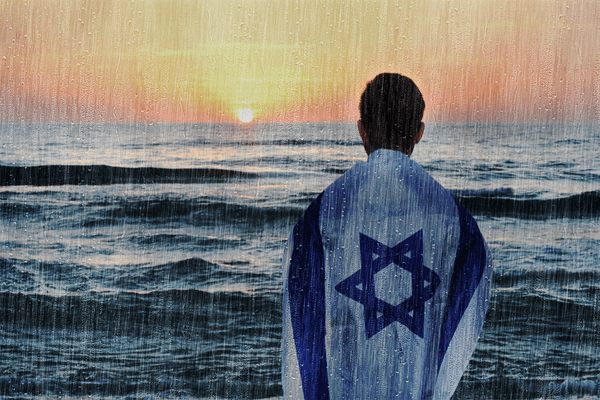 Noach, with his sons, his wife, and his sons' wives, went into the ark because of the waters of the Flood.

The story of Noah and the ark is a well-known and beloved Bible story. But one verse stands out as puzzling. After Noah builds the ark as God had commanded him, God instructs him to enter the ark with his family. When Noah does board the ark, the verse says:

Noach (Noah), with his sons, his wife, and his sons’ wives, went into the ark because of the waters of the Flood” (Genesis 7:7).

This is so strange! Why would the Bible write that Noah entered the ark because of the flood waters, and not because God had instructed him to do so? After all, the previous chapter concludes “Noach did so; just as Hashem commanded him, so he did” (Genesis 6:22), and just two verses earlier the Bible repeats “And Noach (Noah) did just as Hashem (the Lord) commanded Him (Genesis 7:5). Wouldn’t it make sense to state here, as well, that Noah entered the ark as a fulfillment of God’s command?

The medieval Bible commentator known as Rashi comments that the fact that the verse is written this way teaches us that “Even Noah was one of those of little faith; he was a believer but he did not believe fully that the flood would actually come, and therefore he did not enter the Ark until the waters forced him to.”

Rashi is suggesting that, in fact, Noah did not enter the ark because God had commanded him to do so. Rather, he remained skeptical that the flood would really come and only boarded the ark when the waters of the flood forced him to do so.

Because of this attitude, Rashi describes Noah as being one “of little faith.” Yet at the beginning of the Torah portion we see that Noah is called “righteous” (Genesis 6:9), which is certainly a title used only for those with perfect faith in God. How could Rashi suggest that Noah doubted that God would fulfill his promise to destroy the world?

Rabbi Isaac Kalish, therefore, interprets Rashi’s words differently. He says that the same words can be read as follows: “Even Noah was a believer in those of little faith…” Noah was so sure that the people would repent, that “he did not believe that the flood would actually come.” He honestly felt that God would accept their repentance without hesitation and annul His decree to destroy the world. Therefore “he did not enter the ark until the waters forced him to.” It was only when he saw that the people had not repented and the flood really was inevitable that he was forced to concede and enter the ark.

Noah teaches us not to give up on the people around us. This is especially important in today’s times when we see the morality of our society falling apart. Many of the people around us are far from the ways of faith and righteousness. It is so easy to give up on them and write them off as evil. But this isn’t what God wants from us! He wants us to be beacons of light and inspiration for others, and the first and most elementary step in influencing others is to have faith in them. Before we can really impact others, we must first believe in them; believe that they have potential and that they are essentially good.

“Say to them: As I live—declares Hashem—it is not My desire that the wicked shall die, but that the wicked turn from his [evil] ways and live. Turn back, turn back from your evil ways, that you may not die, O House of Yisrael!” (Ezekiel 33:11)

God sees the potential for goodness within each and every one of us, we must see it in others as well.