Jews are .2% of the world’s population, but don’t underestimate us 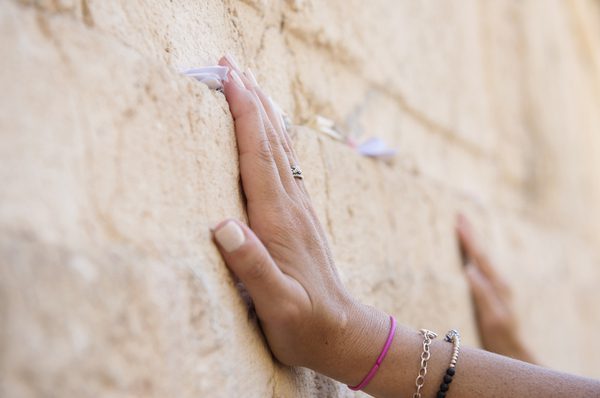 And Hashem shall be king over all the earth; in that day there shall be one Hashem with one name.

Like most Jews, I spent the last two days of Rosh Hashana in prayer. We heard the powerful blasts of the Shofar and recited Hebrew prayers that focused on coronating Hashem as King over the entire universe. However, I couldn’t stop thinking of the recent survey that we reported on in Israel365 News that the worldwide Jewish population grew from 15.1 to 15.2 million during the previous year. According to the article, “The number of Jews worldwide stands at roughly 15.2 million, according to statistics released by the Jewish Agency for Israel on the eve of the Jewish new year 5782. That number is up from 15.1 million the last Jewish new year (5781).”

Since there are 7.9 billion people in the world, the Jewish population represents less than a fifth of 1 percent. In other words, there are 99.8% Gentiles and .2% Jews on the planet!

During the Rosh Hashana prayers, in between the Shofar blasts, I became depressed when it struck me that the mission God had given Abraham and his descendants long ago, to be a “light unto the nations” seemed entirely out of reach! How on earth, was Israel supposed to have an impact on the world with our ridiculously low numbers?? How are the Jewish people supposed to coronate the King of Kings if we represent a statistically insignificant blip on the charts?

And then I noticed that everyone was moving around me. We had reached the central prayer “Aleinu” and the entire congregation began to kneel, bending our foreheads low on the ground. I stopped worrying and got into position.

“Aleinu” is a popular prayer, fascinating with a controversial history. According to Jewish tradition, it was first recited by Joshua after leading the People of Israel into the Land of Israel. The prophet warrior wanted to remind the Jewish People to draw a clear distinction between themselves and the pagan nations who inhabited the land. Joshua’s words later became incorporated into not only our Rosh Hashana liturgy, but our daily prayers as well:

It is incumbent upon us to praise the Lord of all. To bestow Greatness to the Creator, for He did not make us like the other nations of the lands… and we bow before the King of Kings, the Holy One, Blessed be He…Therefore, we hope Oh Lord, to see the glory of Your Might – to remove idolatry from the earth, and to repair the world with the Almighty Kingdom. And all living flesh will call in Your Name …they will recognize and know that to You every knee shall bow down… Before You they will kneel and bow down and give honor to Your glorious name and they will all accept the burden of Your Kingship. Reign upon them speedily forever and ever for the Kingdom is Yours. Like it is written in your Torah, “The Lord will reign forever and ever.” And it is said in the Torah, “and it will be the Lord will Be King upon all of the earth. On that day the Lord will be One and His name will be One.”

In saying this familiar prayer, with my head bent low to the ground, I suddenly felt reassured. For the first time in history, we are living in an age when the Jewish people are being joined by millions of non-Jews who “give honor to Your glorious name” by standing with Israel and the Jewish People. Each day, countless Christian Zionists are seeking to learn “The Israel Bible” and uncover the Jewish roots of their Christian faith and by doing so are joining the Jewish People in our historic role to bring greater awareness of the King of Kings to the entire world.

I left the synagogue on Rosh Hashana with a renewed sense of mission and wanted to express my gratitude to all of those non-Jews who stand with Israel. Thank you for your prayers and for your desire to connect with Israel each day. Thank you for your humanitarian support of the poor and needy here in Israel. And most of all, thank you for demonstrating that the impact of the Jewish People is not limited by our infinitesimal numbers. With your help this year, the Jewish .1% will partner with more from the 99.9% so that “the Lord will be King upon all of the earth. On that day, the Lord will be One and His name will be One.” Amen.