Do Jews Believe in the Afterlife? 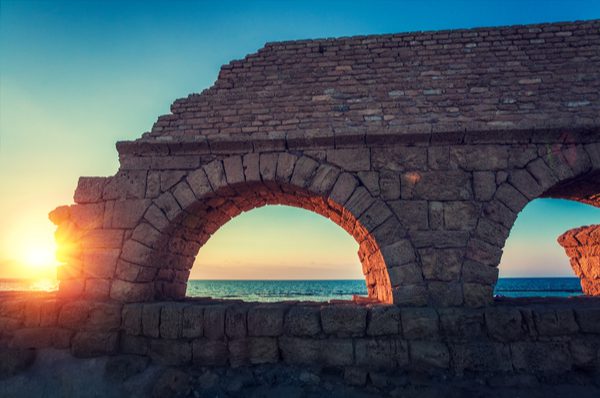 And Avraham breathed his last, dying at a good ripe age, old and contented; and he was gathered to his kin.

After 175 years, Abraham passes away and the Torah uses a very specific formula to describe what happens to him: he was gathered to his kin. Isaac (Genesis 35:29) and Jacob (Genesis 49:33) are similarly described, as are Moses (Deuteronomy 33:50) and Aaron (Numbers 20:24). They are all gathered to their kin, so what does the Bible mean by this mysterious phrase?

It is a fundamental belief in Judaism that life does not begin with birth, nor does it end with death as articulated by Ecclesiastes 12:7, “And the dust returns to the earth as it was, and the spirit returns to G‑d, who gave it.” Because life is formed by both a body and soul, while the body is bound by physical limitations, the soul is eternal, existing before birth and continuing long afterwards, according to Hasidic thought.

Jewish Believe in Heaven and Hell

Writing for Chabad.org, Shlomo Yaffe and Yanki Tauber explain, “Heaven and hell are where the soul receives its reward and punishment after death. Yes, Judaism believes in, and Jewish traditional sources extensively discuss, punishment and reward in the afterlife. But these are a very different “heaven” and “hell” than what one finds described in medieval Christian texts or New Yorker cartoons. Heaven is not a place of halos and harps, nor is hell populated by those red creatures with pitchforks.”

The World to Come for Jews and Non-Jews

Heaven and Hell are both spiritual stages that the soul goes through before arriving in the World to Come, or Olam Haba in Hebrew. According to Jewish sources such as the Talmud, the World to Come is the reward for righteous individuals, both Jewish and non-Jewish. Famously, Judaism does not believe that you have to be Jewish to receive your eternal reward. Non-Jews who serve Hashem properly will merit the World to Come alongside righteous Jews, primarily for observing the Seven Noahide Commandments. This is why so many rabbis encourage non-Jews to study and observe the basic Noahide Laws.

Read “What are Noah’s Seven Commandments” on TheIsraelBible.com

While it is clear according to many Jewish sources throughout history and rabbinic literature, the details are ambiguous and sometimes even contradictory. Nevertheless, the belief is there.

In his classic book “Jewish Literacy,” Rabbi Joseph Telushkin writes, “In Judaism the belief in afterlife is less a leap of faith than a logical outgrowth of other Jewish beliefs. If one believes in a God who is all-powerful and all-just, one cannot believe that this world, in which evil far too often triumphs, is the only arena in which human life exists. For if this existence is the final word, and God permits evil to win, then it cannot be that God is good.

“Thus, when someone says he or she believes in God but not in afterlife, it would seem that either they have not thought the issue through, or they don’t believe in God, or the divine being in whom they believe is amoral or immoral…. Because Judaism believes that God is good, it believes that God rewards good people; it does not believe that Adolf Hitler and his victims share the same fate. Beyond that, it is hard to assume much more. We are asked to leave afterlife in God’s hands.”