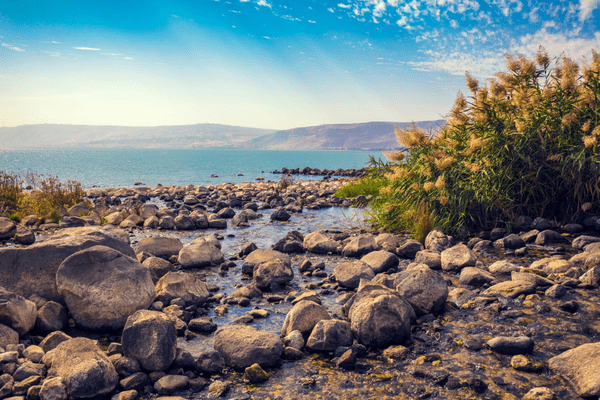 A michtam of David. Protect me, O Hashem, for I seek refuge in You.

I think I am blessed that I grew up before the internet took over the world. I would hate for some social media program to remind me of the foolish ideas I had when I was young every time I logged on. But in Psalm 16, David himself reflects on a misguided idea that he had in his youth.

The psalm begins with an unusual word:

The meaning of the word michtam is unclear. The medieval Biblical commentator Rabbi David Kimhi, also known by the Hebrew acronym as the RaDaK, suggested that this is an example of an introductory phrase which is an instruction for the musical element of the psalm.

But Rabbi Samson Raphael Hirsch, a 19th century German theologian, understood that michtam (מכתם) comes from the word ketem (כתם) which means ‘a stain’. In the first verse, David was emphasizing that this was a forever psalm, an idea that must sit in his memory forever. It is an everlasting tenet that David will adhere to for the rest of his life.

What was the idea that David wanted to set as an eternal reminder?

According to Rabbi Hirsch, at some point in David’s life he had the misguided belief that that God did not care about the details of his life. It is a reasonable assumption. God is unseen and seemingly distant from this world. Without faith, it is possible to believe that God is uninvolved in the mundane and that everything in our lives is the result of our own actions.

Later on, David recognized this as a mistaken belief, perhaps a ‘stain’ on his faith. God is, in fact, a part of everything in our lives. With this new realization that God is part of every part of him and his life, David’s heart rejoices and his body rests safely (verse 9). He knows that God will never abandon him and will teach him the path of life.

In this psalm, David sings praises for what he recognizes as his chosen lot of serving God. At the same time, he acknowledges that he is no longer free to follow his own will. Rather, David must perform God’s will. David knows he has chosen the more difficult path, but he is assured that God will accompany him on this path forever.

The flip side of memory is hope. Despite the past, hope burns in the heart for a brighter future. There is always hope of repentance.

This hope is only possible if I believe that there is a God who is involved in my life who will accept my repentance. Belief allows me the hope that God will fix the past and turn the stain in my memory into a brighter future. And belief allows me to understand that God is there by my side, guiding me every step of the way. He gives me counsel and He is with me even in dark times.

This psalm is recited at funerals when hope, faith, and memories are all that remain. It is a comfort to know that God will never abandon His faithful, even after life ends, even in dark times.