Why Do So Many Bible Stories Take Place at a Well? 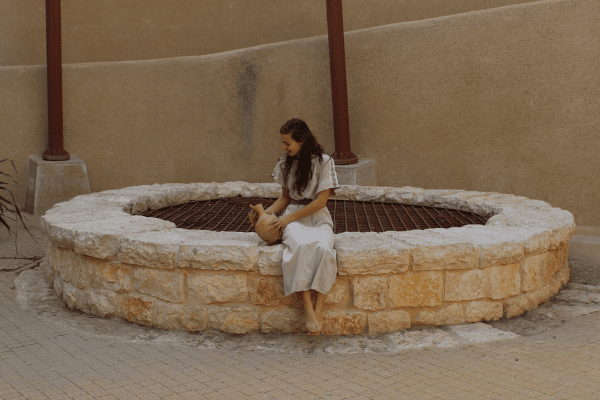 Quickly emptying her jar into the trough, she ran back to the well to draw, and she drew for all his camels.

This is the first story in the Torah to take place at a well, but not the last. Here, Eliezer travels to a foreign land, stops at a well where he encounters a future bride, a series of hurried movements, and running around to bring news of the stranger’s arrival, followed by a feast where the marital agreement is concluded. This framework is repeated later in the Bible when Jacob arrives at the well in Padan Aram (Genesis 29) and Moses arrives at the well in Midian (Exodus 2) and requires reflection.

In his “Hebrew Bible Translation with Commentary,” Professor Robert Alter points out, “this is the first occurrence of the betrothal type-scene.” A type-scene occurs in literature across a set of scenes or places that are familiar to the audience so that the similarities and differences across the scenes can illuminate developments in the plot and characters.

While the Bible is divine and therefore not any regular piece of literature, modern Jewish Tanakh teachers such as Yael Ziegler and Rabbi Elchanan Samet make use of the type-scene to read the Torah text more closely and learn deeper messages.

Compared to Jacob or Moses, Isaac emerges as a much more passive character – after all, he is not even present at the well, Eliezer, his father’s servant, takes his place! We see from this comparison that in fact, Isaac is the most passive of all the patriarchs. Rather than a spiritual revolutionary like his father Abraham, or an enterprising innovator like his son Jacob, Isaac is most noteworthy for obeying and following in his father’s footsteps. In religious life, this is so critical, and we can learn from Isaac the importance of tradition over progress, acceptance over opposition.

Rebecca on the other hand impresses us with her forceful behavior, going above and beyond what was expected of her by not only providing for Eliezer but giving water to all his camels as well. She teaches us that when God provides us an opportunity, we must grab it with eagerness and haste.

My friend Pastor Jentezen Franklin put it beautifully in his essay “And Then Some.” Rebecca did not just do what an average person would do, she did what was expected, and then some.

What Israel needs today is more Jews and Christians who do not just pray for Israel and say, “I am done.” What brought blessing into Rebecca’s life? Her and then some attitude. There is something about doing what is expected and then some that God really honors.