Beginning a Child’s Education with Leviticus 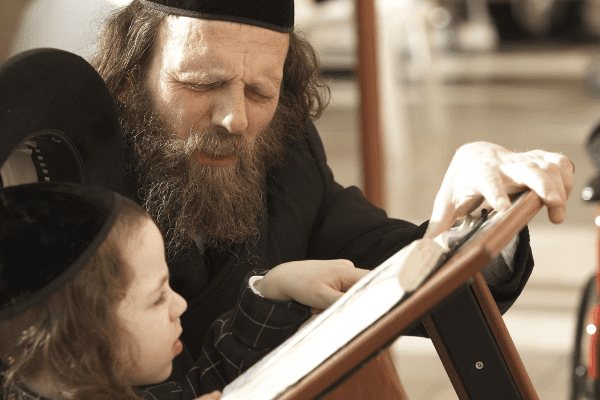 Speak to B'nei Yisrael, and say to them: When any of you presents an offering of cattle to Hashem, he shall choose his offering from the herd or from the flock.

The books of Genesis and Exodus are narratives, telling the stories of the Creation until the Exodus. Though these are fascinating tales that seem like prime material to tell children, there is a Jewish custom to begin a child’s Torah education with Vayikra (Leviticus). This seems illogical as the material is dry, an instruction manual for kohanim (priests).

This approach to pedagogy is explained in the midrash (Yalkut Shimoni, Tzav 479):

Why do young children start with Torat Kohanim (instruction for the priests)? Let them start with Bereishit (Genesis)? Since the korbanot (sacrifices) are pure and the children are pure, let the pure come and deal with the pure.

Some commentators note that the Book of Leviticus begins with the word Vayikra, and the final letter of that word is an aleph (א) that is written noticeably smaller than the other letters of that word. This small aleph, the first letter of the aleph-bet, is a hint that small children should begin with this section of the Torah. 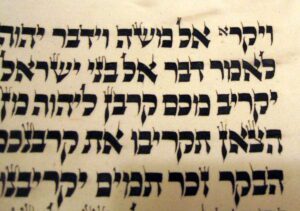 The small aleph at the beginning of the Book of Vayikra

Other commentators explain that it is essential for every Jew to be steeped in the details of the Temple service in order to fulfill the commandment as stated in Exodus:

You shall be to Me a kingdom of priests and a holy nation. Exodus 19:6

This explanation emphasizes the importance for all of the Jews, and not just children, to learn about the Temple service. Teaching it to young children imparts a message to both parents and children.

The Mishna (Avot 1:2) states that the Temple service, along with Torah study and acts of kindness, is one of the three pillars upon which the world stands. The sages add that  just as the world is “held up” in the merit of the sacrifices, it is also “held up” by the Torah learning of young children. 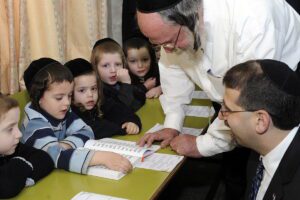 Yet another commentary explains that the custom originated after the destruction of the Second Temple and the exile of the Jews. Instilling a love and understanding of the Temple service in young children has kept the hope and dream of a return to Zion and the Third Temple alive in the hearts of the Jewish people. With their vibrant imaginations, children have kept the dream alive that the Temple would be rebuilt and the priestly service reinstituted.