Are the Jews Destined to be Alone? 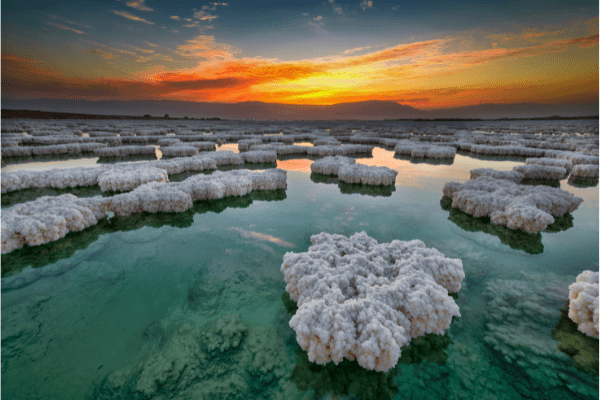 As I see them from the mountain tops, Gaze on them from the heights, There is a people that dwells apart, Not reckoned among the nations,

There are two ways to verify the “truth” of the Bible (though, as we all know, the Bible is true whether we prove it or not). One way is to search back in time through archaeology or historical evidence to verify whether events described in the Bible actually happened. This is being accomplished with astounding frequency as the sands of Israel give up their secrets. Another way to verify the “truth” of the Bible is to look forward, ponder the prophecies, and understand how they are being revealed, sometimes even in real-time.

Balaam was sent to curse the Hebrew nation. Indeed, from a mountaintop overlooking the huge camp, his first response was a fateful utterance which sounded very much like a curse:

As I see them from the mountain tops, Gaze on them from the heights, There is a people that dwells apart, Not reckoned among the nations Numbers 23:9

This single phrase is undeniably prophetic, summing up the 2,000 years of Jewish exile in one sentence. For better or worse, the Jews, spread among all of the nations and scattered to the farthest corners of the earth, have remained a separate nation. This stubborn refusal to blend in or assimilate has allowed us to retain our national identity even when dwelling within another nation.

But Balaam himself said that God would not allow him to curse the chosen people and he was forced to bless them instead. Could these words really be a ‘blessing’? There has been no other nation or ethnicity singled out for such systemic hatred as the Jews have. Banished from practically every country, reviled in popular culture (like the infamous Shylock described by Shakespeare), Jew-hatred reached its climax in the Holocaust when the Nazis set out to destroy any person whose body carried the genes of the Biblical patriarchs. Where is the blessing in that?

Jews are not misanthropes. We do not relish being alone. We do not, God forbid, hate or despise the nations that have hosted us throughout our lonely exile. In fact, it is not good for anyone to be alone. God acknowledges from the very outset that He created man as a social animal, stating explicitly that being alone was a condition to be avoided:

Hashem said, “It is not good for man to be alone; I will make a fitting helper for him.” Genesis 2:18

So even after we have returned to the Promised Land, we ask, ‘Are we destined to be hated? Is antisemitism the inevitable outcome of standing for God, apart from others? What does this prophetic verse mean for our future?’

Living among the nations has not been an exclusively negative experience. History is replete with Jews excelling in the arts and sciences. Though they represent .2% of the world population, at least 20% of Nobel Prize winners were Jewish or of Jewish ancestry. This means the percentage of Jewish Nobel laureates is at least 112.5 times, or 11,250%, above average.

For all these accomplishments, Jews should, by right, be the most revered and beloved nation. Indeed, they were given the mandate to be a ‘light unto the nations’ (Isaiah 42:6). Yet history has proven otherwise.

In the ideal post-Messiah world, however, not only will Jews no longer be a “nation that dwells apart,” but the other nations will come eagerly to be with us:

And the many peoples shall go and say: “Come, Let us go up to the Mount of Hashem, To the House of the God of Yaakov; That He may instruct us in His ways, And that we may walk in His paths.” For instruction shall come forth from Tzion, The word of Hashem from Yerushalayim. Isaiah 2:3

The blessing in Balaam’s words is that because the Jews have been a separate nation for so long, it has allowed them to weather the exile while remaining faithful to God and to Judaism. But being alone is not in our nature. There is nothing more Jewish than sitting down to the Passover Seder. As a commandment, the laws of the Passover sacrifice require a high level of exclusivity. Only Jews may partake of the lamb. Only those invited in advance may attend. It is, therefore, incongruous but telling that at the height of the Seder, the door of the house is thrown open and the phrase is shouted, “All who are hungry, come and eat.”

It is not Jewish nature to be alone. We want to share our gifts; intellectual and cultural. Our Bible, given to the Jews at Sinai, is now literally the template for most of the world to understand God.

Yes, through an act of will, Jews can be alone, albeit reluctantly. Forty years in the desert taught us that the journey toward God can have lonely patches. Keeping the flame of the Torah safe by remaining separate can cause resentment and even hatred. This is the ‘curse’ of Balaam, and history has proven the power of his prophecy. Yet it was also a blessing, enabling the Jews to remain faithful to God and His Torah. In the words of Rabbi Lord Jonathan Sacks, being a nation that dwells alone means they are “a people prepared to stand alone if need be, living by its own moral code, having the courage to be different and to take the road less traveled.”

But prophecy has also promised that the loneliness will end. In the glorious end-of-days, Israel will never be lonely again. And that is God’s blessing. May we be blessed to see it come to fruition very soon.