Jewish Aloneness: A Blessing or a Curse? 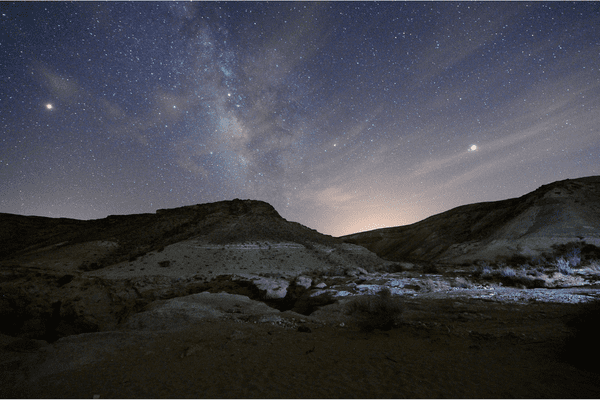 As I see them from the mountain tops, Gaze on them from the heights, There is a people that dwells apart, Not reckoned among the nations,

Being alone can be either a wonderful experience or a punishment. Parents frequently resort to the classic ‘Go to your room!’ as a disciplinary measure, but many children relish the solitude. I spent many IDF reserve-duty hours guarding lonely bases at night. They were sometimes challenging, requiring excessive quantities of strong Turkish coffee. But the hours spent staring out at the nighttime sky, unfettered by city lights, bore a gift of introspection and inner peace. Some soldiers hated this type of duty, getting bored and irritable. But a dear friend, a man I deeply admire, noted that if you cannot spend hours alone, then maybe you don’t really like yourself. And the only way to work on that is…to spend more time alone until you find something about yourself that you love.

Balaam set out to curse the Jews but ended up blessing us. So when he began by saying, “As I see them from the mountain tops, Gaze on them from the heights, There is a people that dwells apart, Not reckoned among the nations,” (Numbers 23:9), was it a blessing or a curse? Was Balaam telling the Nation of Israel to ‘go to our room,’ or was he giving us the gift of solitude?

HL Mencken, the great Baltimorean journalist and writer of the first half of the 20th century, was not known for being a fan of the Jews.  In the 1930s, as Hitler consolidated his power in Germany, and the “Jewish question” was a hotly debated issue all over the world, Mencken explained what he felt the source of the problem was:

“Getting rid of Hitler will not solve the Jewish question, whether in Germany or elsewhere.  [The Jewish problem will continue] until the Jews learn to go from Saturday to Friday without recalling once that they are Jews, just as the rest of us put in whole weeks without recalling that we are Aryans, or Chinamen, or members of Blood Group number 4, or what not… The sharp, unyielding separateness of the Jews, marks them off as strangers everywhere…  This habit, I suspect, is one of the chief causes of Jewish unpopularity, even among those who are not rationally to be called antisemitic.”

According to Mencken, antisemitism isn’t the fault of antisemites. It’s the Jews’ fault, for not assimilating! The reason people don’t like Jews is that they’re too Jewish!

Mencken’s theory would be considered blatantly antisemitic today. But Mencken does make an important point. There is something different about the Jewish people; the Jews don’t fit in, fully, with the other people of the world. They are, in the words of Balaam, “a people that dwells apart.”

When Balaam the evil prophet rose, ready to curse the people of Israel, he found himself unable to do so.  He said to Balak, King of Moab: “How shall I curse, whom God hath not cursed? or how shall I defy, whom the Lord has not defied?” Balaam states, quite clearly and explicitly, that he cannot curse God’s beloved people.  And yet his very first words, the very first part of his “blessing,” state that the people of Israel are a people who dwell alone – that they are a people not counted among the nations! Is this “aloneness,” this inability to “blend in” among the nations, truly a blessing?

The vast majority of the Jewish people, through thousands of years of Jewish history, would unquestionably have answered this question with a resounding “YES!”

Solitude and separateness was a blessing. It permitted us to survive the exile and, against all odds, return to our land as a nation intact. If a person moves from Italy to France, in one or two generations his offspring will be French, blending into French society. But not so for Jews. We remained separate and distinct, retaining our food and culture, even a language that connected Jews anywhere they were. We retained our uniquely Jewish names and our religious customs were not relegated to the synagogue. Being Jewish dominated our lives, setting us apart.

Generations of Jews, despite living through so many forms of persecution and discrimination, believed our fundamental isolation in the world to be a sign of our uniqueness – a necessary and worthwhile price to pay for the privilege of being God’s chosen people!  If we are to be “a light unto the nations,” if we are meant to serve as an example of holiness for the rest of the world, we can only do so by embracing our destiny and our isolation – by NOT blending in!

The great Torah scholar, Nechama Leibowitz, points out that the phrase “וּבַגּוֹיִם לֹא יִתְחַשָּׁב”, that “the Jews are not counted among the nations”, is actually a mistranslation.  The word “יִתְחַשָּׁב”, to be “counted”, is in the reflexive form. Which really means that this is a people that does not count itself among the nations!

Just as Moses was changed by his experience at Sinai, causing his face to actually radiate light, the covenant at Sinai changed the essence of the Jewish people. We were no longer like other nations. Forty years of solitude in the desert gave the nation time to reflect on what they had experienced.

Coming close to God is a real experience that changes not only the nation but also the individual. Hasidic Judaism has an expression; “Many ships cross the ocean but they cannot follow each other because they don’t leave trails.” This is manifested in the Hassidic practice of Hitbodedut; going out to the forest alone and speaking directly to God.

Each person must find his own unique pathway to God. Each person must become (in the words of the 20th century Torah giant, Rabbi Joseph Soloveitchik) a “lonely man of faith.”