Agricultural Gifts for the Poor 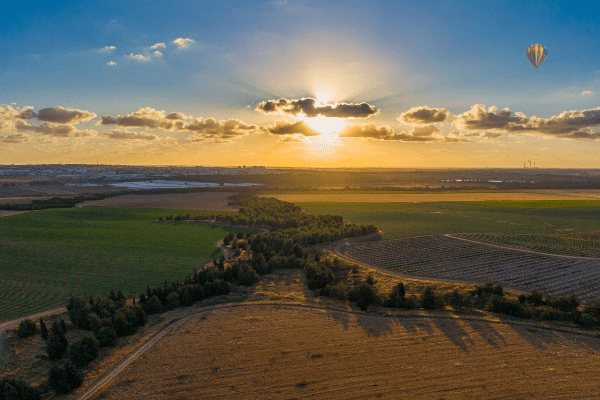 When you reap the harvest of your land, you shall not reap all the way to the edges of your field, or gather the gleanings of your harvest.

This commandment comes incongruously after the well-being offering and precedes the prohibition against stealing. This implies that the agricultural mitzvah (commandment) of gleanings for the poor stands between heaven-oriented Temple service and man-based morality. The land is the manifestation of the nation’s covenant with God and not simply a material asset.

In this vein, the Hebrew word for ‘charity’ (tzedakah) is derived from the root meaning ‘justice’. Charity in the Biblical context is not an optional gift from the coffers of the wealthy to the poor. These agricultural gifts to the poor are mandatory, implying that they belong to God and He has designated them to the poor and not the farmer.

Therefore, leaving the gleanings becomes a service to God, similar to the previous commandments concerning the Temple service. Retaining the gleanings is an act like the prohibition that follows: stealing.

The two major classifications described in the above verses are leket (לֶקֶט), gleanings, and peah (פֵאָה), corners of the field.  Shich’cha  (שִׁכְחָה), forgotten produce, and leket are described in Deuteronomy 24:19–21. Leket is produce that falls to the ground while being harvested. Peah prohibits the farmer from harvest all of his field. Shich’cha refers to produce that was left in the field after the harvest was brought in.

Peret (פֶרֶט) is the same as leket but it refers specifically to fruit that was let behind in a vineyard. The Mishna (Pe’ah 6:5) mandates that olelot (small clusters with few grapes) in the vineyard also belonged to the poor. 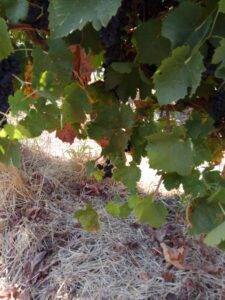 The biblical precept of shikhḥah refers to cut sheaves, and Deuteronomy 24:20 expands this to include olive trees. The sages extended it to apply also to the standing corn which is forgotten in the reaping as well as all types of trees that were forgotten in the harvest.

According to the Bible, pe’ah applies only to the corner of the field left by the reaper, but it was extended by the rabbis to include orchards.

The Bible does not specify a minimum quantity for pe’ah, and therefore according to the letter of the law, even if one ear of corn has been left, the precept has been fulfilled. The rabbis, however, established a minimum of one-sixtieth of the harvest (Pe’ah 1:1–2; Ḥulin 137b).

The Talmud also prohibited the hiring of gentile workers for the harvest lest, being unaware of the law, they prevent the poor from gathering leket and pe’ah. Nevertheless, if he does hire them and they reap the whole field, he must give pe’ah from the harvest.

Pe’ah was left standing, and the poor plucked it. They were not permitted to cut it with a scythe or uproot it with a spade. The Talmud was concerned that in their need, the poor would assault one another (Pe’ah 4:4). The poor were permitted to pick pe’ah at three times during the day: in the morning, at midday, and in the afternoon. If a poor man came at some other time he was forbidden to pick. This was to provide all of the poor with an equal opportunity to access the gleanings. The Talmud explains that these times were chosen because some of the poor were nursing mothers who must eat at the beginning of the day, and some were minors who do not wake up early and could reach the field until midday, and some were aged who could not reach the field until the afternoon (Pe’ah 4:5).

Basing themselves on the fact that the Bible does not state “Thou shalt give,” but “thou shalt leave,” the rabbis maintained that the farmer was forbidden to select the poor to whom these gifts would be given; any poor person was free to take them (Hulin 131a).

In our day, we do not have the obligation to leave leket, shich’cha, pe’ah, olelot, and peret, since poor people do not come to take them. The Torah states that these gifts are “for the poor”; our Sages learn from here that they are for the poor and not for the crows. That is, if there aren’t poor people who will take the produce there is no need to leave it out. It is for this reason that we do not leave these gifts today.