Why Do Enemies Unite Against Israel? 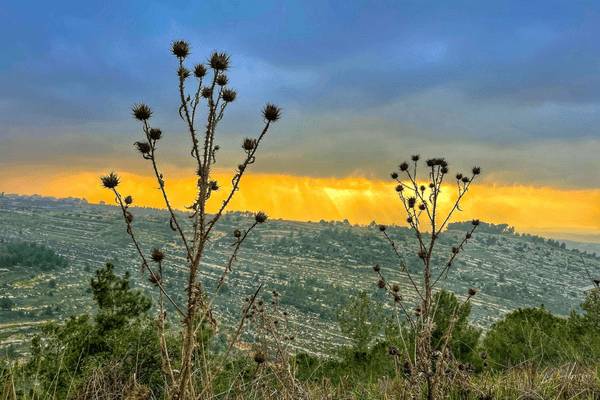 I detest the company of evil men, and do not consort with the wicked;

When I rode a motorcycle in New York, I used to hang out at bars that catered to a very rough crowd. It amazed me that biker gangs made no attempt to hide their identity and affiliations. They wore their ‘colors’ with pride on the back of their leather jackets. They represented a full subculture.

Though I never became fully immersed in the culture of violence that was glorified by the bikers, existing on the fringe allowed me a glimpse into this lifestyle. What struck me was how their commonality of being a biker unified them in other settings. Members of different gangs, who did not necessarily get along outside of the bar, would often band together inside. Hanging out together also enhanced their ability to live their decidedly evil lifestyle.

When I was reading Psalms, I was surprised to find that David knew about group culture, almost as if there were wandering bands of bikers in Biblical times. This human tendency, which was already true in David’s time, has not disappeared. If anything, it has become more widespread today.

King David noted the power of groups in Psalm 26:

I detest the company of evil men, and do not consort with the wicked; Psalm 26:5

According to the commentary known as the Da’at Mikra, this verse means that David would keep his distance from places where evil people would gather, regardless of what he did at these places. He understood that being in the company of evil has its affect and did not want to be influenced by them.

This communal approach to morality is frequently expressed in the Bible. The Torah notes that the problem with the slanderous spies was that, as a group, they had an outsized influence on the other people.

How much longer shall that wicked community keep muttering against Me? Very well, I have heeded the incessant muttering of the Israelites against Me. Numbers 14:27

The ten spies who brought a slanderous report against the Land of Israel were called a “community.” Though they were initially part of the group of spies, Caleb and Joshua were not included in this “community” because they were able to escape the influence of the others and brought a different, positive message. Their praise of Israel was enough to offset their own association with the guilty party, but not enough to offset the guilt of the nation. Two lone individuals was not enough to counter the influence of the group.

The idea of the power of a group, specifically how hatred unites people as a group, is discussed by the American moral and social philosopher Eric Hoffer in his book “True Believer”:

Hatred is the most accessible and comprehensive of all unifying agents. It pulls in whirls the individual away from his own self, makes him oblivious of his weal and future, frees him of jealousies and self-seeking. He becomes an anonymous particle quivering with the craving to fuse and coalesce with his like, into one flaming mass.

Common hatred unites the most heterogeneous elements. To share a common hatred, with an enemy even, is to infect him with the feeling of kinship, and thus sap his powers of resistance. Hitler used antisemitism, not only to unify his Germans, but also to sap the resoluteness of Jew-hating Poland, Romania, Hungary, and finally even France.

Hoffer emphasizes that it is specifically feeling of hatred that unify in such a strong way:

“Even in the case of a just grievance, our hatred comes less from a wrong done to us than from the consciousness of our helplessness, inadequacy, and cowardice. In other words, from self-contempt. When we feel superior to our tormentors, we are likely to despise them, even pity them, but not hate them.

Hoffer powerful point explains why the hatred of Jews, which is essentially a hatred of God, seems to come in social movements. Different groups, all with their own agendas, often unite against Israel and the Jews since they share a common hatred.

This is especially true today, when the social justice movement is forced to manufacture history and create a false narrative and fake facts in order to bring a claim against Israel. This sort of self-deception is only possible when the mirage created by this narrative is bolstered by a support group.