Why did Pharaoh choose Joseph to be his second in command? 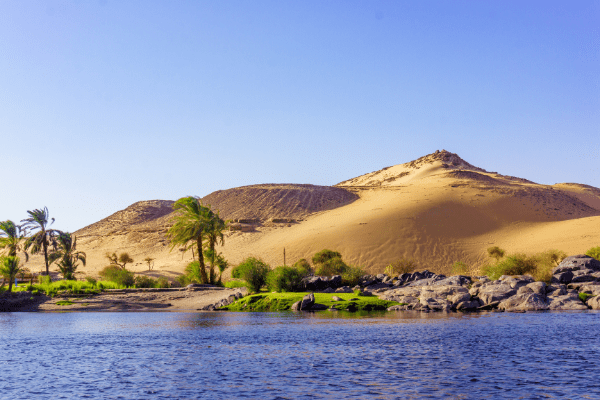 And Yosef said to Pharaoh, “Pharaoh's dreams are one and the same: Hashem has told Pharaoh what He is about to do.

By interpreting Pharaoh’s dreams, Joseph essentially saves Egypt and his own family. There is no doubt the famine would have caught the Egyptians off guard. The Nile River allowed the Egyptians to live independently from the whims of rain. Floodwaters brought fertile soil to replenish the land and obviated the need to irrigate. The annual flooding of the Nile is still celebrated as a two-week national holiday known as Wafaa El-Nil.

The river’s cycles took on religious significance and Egyptians believed that the Nile flooded every year because of Isis’s tears of sorrow for her dead husband, Osiris. The Egyptian year was divided into the three seasons of Akhet (Inundation), Peret (Growth), and Shemu (Harvest). Akhet covered the Egyptian flood cycle. This cycle was so consistent that the Egyptians timed its onset using the heliacal rising of Sirius, the key event used to set their calendar. The annual cycle granted Egypt an annual cycle of plenty.

Therefore, Joseph’s revelation was shocking to Pharaoh, and none of his wise men or magicians could grasp the dreams or their implications. Joseph’s vision transcended the annual Nile cycle and required relating to the nation’s needs on a multi-year basis. Thus, Pharaoh sought a man of grander vision who could guide Egypt through fourteen years of feast and famine. 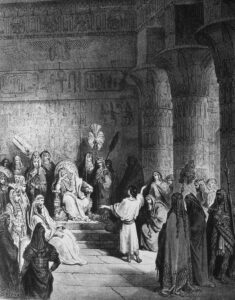 This Biblical story of large economic trends was used by 20th-century Jewish mathematician Benoit Mandelbrot to devise what he called the Joseph effect. Mandelbrot’s theory, in short, postulates that movements over time tend to be part of larger trends and cycles more often than being random. In Mandelbrot’s theory, seven good years are known as the Joseph Effect, while the seven bad years are known as The Noah Effect.

The seven-year cycle is commonly found in modern economic analysis as a predictor of recession timing. Mandelbrot used the Biblical narratives to show that man was inherently attuned to cycles in nature and wanted to become better able to predict future outcomes from recent experience. Mandelbrot theorized that human behavior is affected in great part by recent experience, with a tendency to forget some of the more random, and disruptive, lessons of the distant past.

Meaning that according to Mandlebrot’s theory of economics, the seven years pf plenty would make the Egyptians forget that famine was a possibility. With storehouses full to overflowing with fresh grain, no precautions would be taken for the possibility of famine. And, likewise, the seven thin cows would eat up the seven fat cows, leading the people to forget the years of plenty. They would fail to take full benefit of the bounty once it arrived. 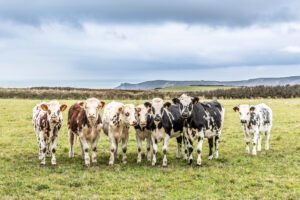 And should you ask, “What are we to eat in the seventh year, if we may neither sow nor gather in our crops?” I will ordain My blessing for you in the sixth year, so that it shall yield a crop sufficient for three years. When you sow in the eighth year, you will still be eating old grain of that crop; you will be eating the old until the ninth year, until its crops come in.

Even though Joseph displayed his wisdom by interpreting his dreams, Pharaoh still felt hard-pressed to find a man of greater vision who could guide Egypt through a fourteen year economic cycle of feast and famine. Bringing about the solution would require handing over control of Egypt, clearly something Pharaoh would be reluctant to do. But suddenly Pharaoh sees the answer literally in front of his eyes (Genesis 41:39):

And Pharaoh said to his courtiers, “Could we find another like him, a man in whom is the spirit of Hashem?” So Pharaoh said to Yosef, “Since Hashem has made all this known to you, there is none so discerning and wise as you. You shall be in charge of my court, and by your command shall all my people be directed; only with respect to the throne shall I be superior to you.”

Just as God had granted Joseph the wisdom to a larger understanding of what was coming and how to prepare, Pharaoh understood that it was Joseph’s deep relationship with God that would lead him to use his power for the greater good rather than abuse his power for personal aggrandisement.