Why American Jews are not Going Home to Israel 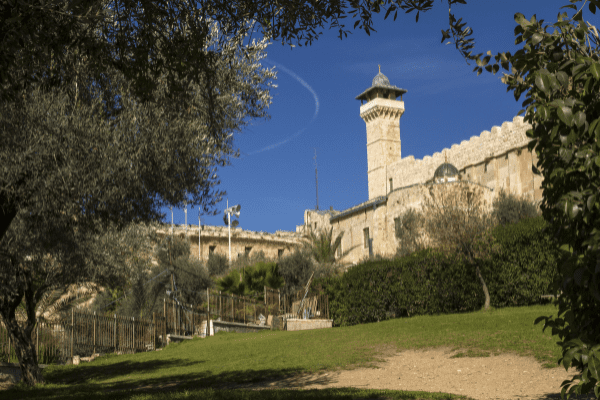 They went up into the Negev and came to Chevron, where lived Ahiman, Sheshai, and Talmai, the Anakites.—Now Chevron was founded seven years before Zoan of Egypt.—

If one night, while watching television, a booming voice came down from heaven, identified itself as God, and told you to pick up and move, would you do it? Would you still hesitate if that voice performed astounding miracles, guided you through dangers, and sustained you? What would your response be if that voice brought you to the border of a beautiful land and promised that it would be yours?

This was the situation of the people of Israel just after God miraculously saved them from Egypt and gave them the Torah on Mount Sinai. And yet, when God commanded them to leave the wilderness and take possession of the Holy Land, the ten spies rebelled against God and convinced the people they would not be able to conquer the land of Israel. To the modern bible reader, the skepticism of the spies is astounding.

If you lived at that time, when the voice of God was clear to all, would you hesitate or would you follow God’s command and move to Israel at the earliest possible opportunity?

The same question could be asked of Jews today. Hundreds of thousands of Orthodox Jews in America believe in the God of Israel and go to great lengths to fulfill His commandments. And yet these God fearing believers refuse to move to the Promised Land.

What prevented the spies from fulfilling God’s command in the wilderness? And what is preventing so many Jews in our own time from moving to the land?

When spying out the land, the Israelite spies were confronted with a danger they had never before experienced:

They went up into the Negev and came to Chevron, where lived Ahiman, Sheshai, and Talmai, the Anakites.—Now Chevron was founded seven years before Zoan of Egypt. Numbers 13:22

In Hebrew, Anak (עֲנָק) literally means “giant.” These men were physical giants who terrified the men of Israel. In fact, the verse specifies that the spies traveled “ad Chevron”, meaning “up to Hebron” – and no further. The spies of Israel literally stopped in their tracks, shocked at the huge men they saw in the distance.

The sages tell us that while the other spies remained on the outskirts of Hebron, only Caleb snuck into the city itself to pray at the Cave of the Patriarchs and Matriarchs. He may have been driven by a longing to connect with his holy ancestors, but his daring venture into the city was significant for another reason as well. While in the city, Caleb was able to get an up-close look at the giants. He saw their physical size and strength, but he also noted their weaknesses. With a clear view of the giants, Caleb reasonably came to an accurate conclusion: defeating the giants would be challenging, but it was doable!

The other spies, however, only saw the giants from afar. From afar, the giants of Hebron seemed invincible! As often happens to all of us, the spies let their imagination spin out of control. Their anxiety and fear got the best of them, and they concluded that it would be futile to wage war against enemies like this. There was no hope!

It is important to note that the ten spies did not deny the holiness of the land or its obvious bounty. They described the land in glowing terms and brought back delicious and plentiful fruit from the land.

The spies failed in their mission for one simple reason: fear of the unknown. Though they loved God and the Torah, they were overcome by their fear of entering a new land and the challenges that would inevitably come with it. In Egypt and the wilderness, they were leaders, men of standing who knew how to help and lead their people. But what would become of them in Israel? Standing from afar, they imagined these challenges to be far greater than they actually were.

The same is true of many Jews in the diaspora today. They undoubtedly love God, the Torah, and the land of Israel. Otherwise, they would have abandoned the commandments and assimilated into secular society long ago! But they are afraid. It’s true that when a Jew moves to Israel, he or she is returning “home.” But at the same time, moving to Israel means becoming an immigrant, with all the great challenges that entails. Israeli culture is very different and Hebrew is entirely unlike English. New immigrants often struggle with the smallest details of everyday life. And American Jewish parents also know that their children will one day have to serve in the IDF, putting their lives on the line.

To many American Jews, the prospect of making these changes is as intimidating as conquering a land inhabited by giants!

Over the last 100 years, God has performed unbelievable miracles for the Jewish people, bringing them back to the land after thousands of years of exile – a phenomenon that is entirely unprecedented in human history. And yet, many Jews in the diaspora remain paralyzed by fear of the unknown.

Our role is not to criticize these Jews for refusing to return to the land, but to encourage them and give them strength to overcome their fears. May we soon see the day when all of the people of Israel find the strength to return home!