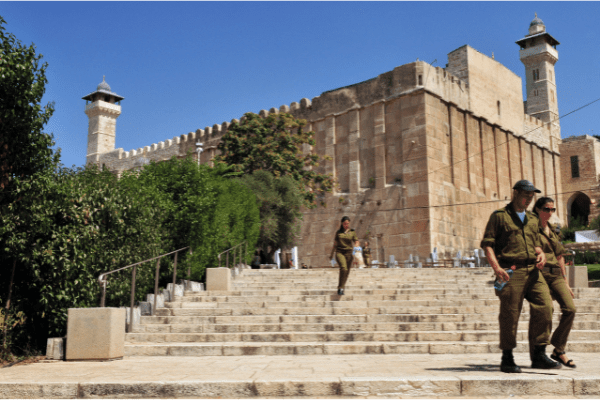 And then Avraham buried his wife Sara in the cave of the field of Machpelah, facing Mamre—now Chevron—in the land of Canaan.

On the 28th of Iyar, Israel celebrates Jerusalem Day which commemorates the reunion of the Jewish people with their holiest site, the Temple Mount, in the 1967 Six-Day War. What few people know is that the day after taking part in the unification of Jerusalem, Rabbi Shlomo Goren, a general and the Chief Rabbi of the Israeli army, single-handedly conquered the holy city of Hebron and the Cave of the Patriarchs, known as the Machpelah Cave. 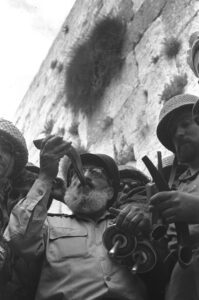 The war was still raging after the Old City of Jerusalem was conquered by the IDF. Directly after the emotional scene at the Western Wall, Rabbi Goren proceeded to join the forces gathered in the recently recaptured Gush Etzion (Eztion bloc). The troops were waiting for morning when they would push on to battle the Jordanian Legion in Hebron.

Rabbi Goren addressed the troops, telling them of the enormous significance of Hebron to the Jews. He lay down to sleep surrounded by Israeli soldiers, telling them to wake him in time to leave for the battle the next day. However, when he awoke a few hours later, he was alone. The troops had moved on without him. He quickly woke up his driver and they set out to catch up with the Israeli forces.

Alone, they drove the short distance into Hebron and were greeted by flags of surrender, white sheets hanging from every window and rooftop. The rabbi didn’t see any Israeli soldiers and assumed they had already conquered the entire city. What the rabbi didn’t know was that he had arrived before the troops. The army had taken a longer route in order to surround the city before entering it. As he drove toward the Cave of the Patriarchs, he was the only Jew, certainly the only Jewish soldier, in a city of 40,000 Arabs.

When Rabbi Goren arrived at the large iron doors of the Cave of the Patriarchs, he found them locked.  Rabbi Goren shot at them with his Uzi machine gun, trying unsuccessfully to open the doors which had been locked to Jews for 700 years. The bullet holes from these shots are still there and can be seen by anyone visiting the site today.

The doors did not open, so he attached chains to the doors and backed his jeep up, pulling them open. Rabbi Goren entered the Machpela cave, blew the shofar as he had done the day before at the Western Wall. He raised on Israeli flag, brought in a Torah scroll and began to pray.

The Mufti of Hebron sent a messenger to ask Rabbi Goren, as a general of the Israeli army, to accept his surrender. He refused, sending back the answer, ”This place, the Machpelah Cave, is a place of prayer and peace. Surrender elsewhere.”

Thinking they were the first Israeli troops to enter Hebron, the IDF troops that entered after Rabbi Goren were shocked to find an Israeli flag flying from the roof of the Machpelah Cave. The next day, the rabbi received an urgent message from his commanding officer, the Israeli Chief of Staff, Moshe Dayan. He ordered Rabbi Goren to take down the flag, remove the Torah from the premises, and to order anyone entering to remove their shoes because the site was a mosque.

Rabbi Goren sent a message back in response: “The Torah is holy – it stays. The flag means to me what it means to you. If you want to remove it, you may, but I will not.” And the rabbi (and all those who entered after him) retained their shoes as it is forbidden for Jews to pray in a synagogue in their socks.

Dayan sent an officer to remove the flag, but after doing so the officer died in a horrible car accident on his way to report back to Dayan. Dayan then rescinded his orders.

For 700 years, Jews were prohibited from entering the Machpela Cave. Non-Muslims were banned from the site by the Mamluks in 1260. The closest the Jews could come to our patriarchs was the seventh step leading up to the site that Abraham bought to bury his wife, Sarah. Thanks to Rabbi Goren’s obstinance and bravery, Jews can now pray in the Machpela Cave. 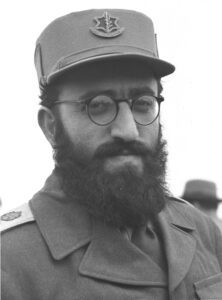