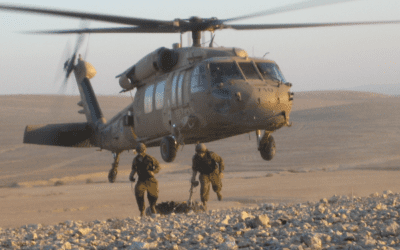 What Is God’s Hebrew Name? 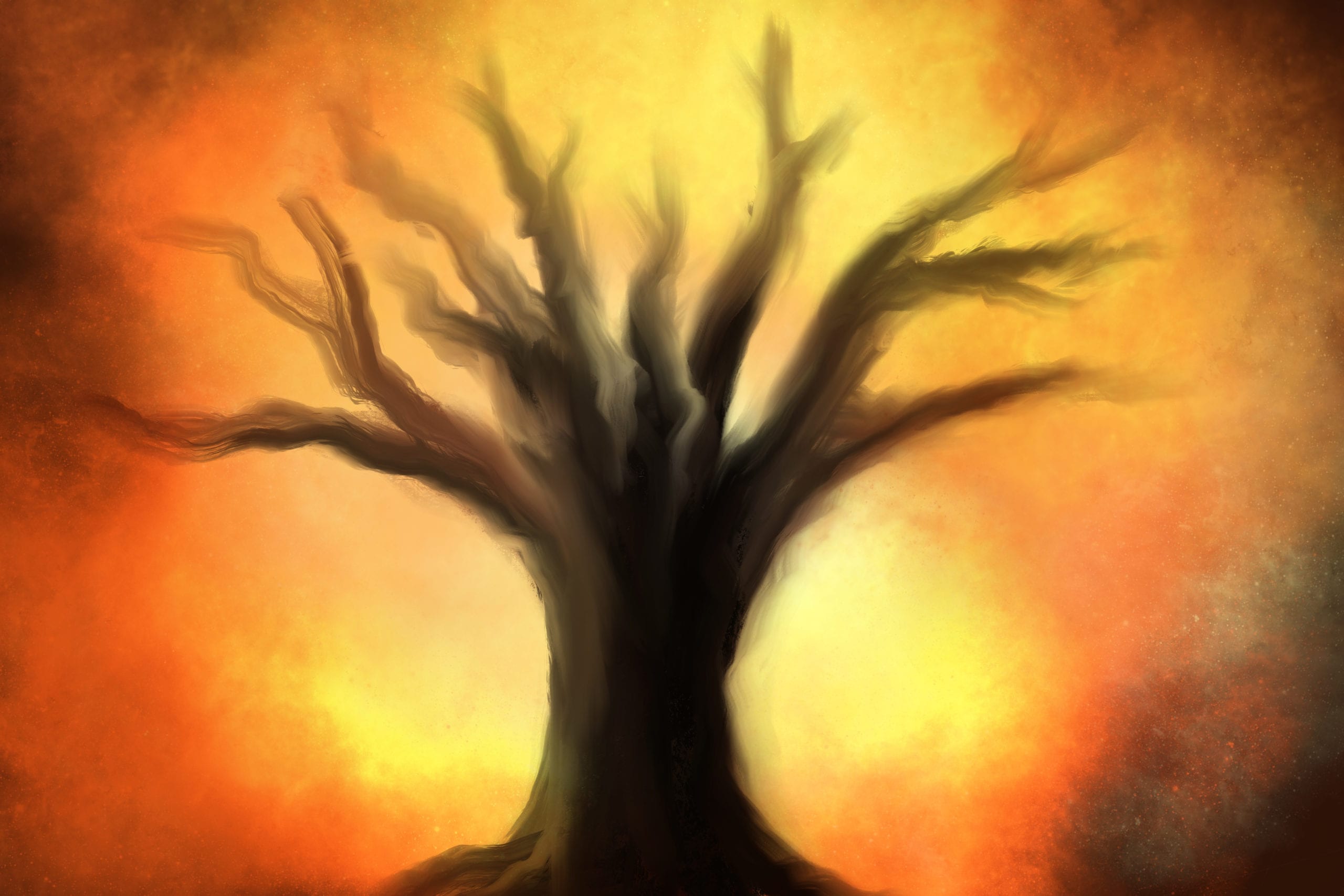 And Hashem said to Moshe, “Ehyeh-Asher-Ehyeh”. He continued, “Thus shall you say to the Israelites, ‘Ehyeh sent me to you'”.

And Hashem said to Moshe, “Ehyeh-Asher-Ehyeh”. He continued, “Thus shall you say to the Israelites, ‘Ehyeh sent me to you’”. 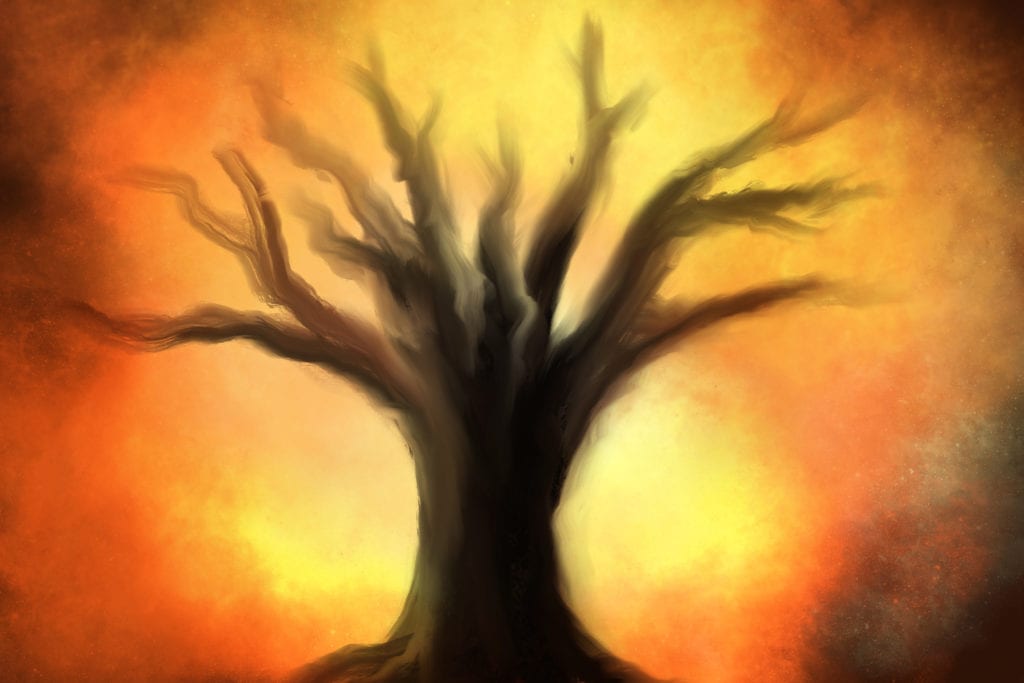 Illustration of the burning bush, Shutterstock

Unsure about whether the enslaved Israelites will follow him to rebel against Pharaoh and trust in the God of Israel, Moses asks God: ‘When they ask me what is Your name, what shall I tell them?’

God’s answer is extremely cryptic: “Ehyeh Asher Ehyeh” which means, “I will be what I will be,” implying that He is eternal and not really knowable except through His creations and deeds, as seen through His various names.

In fact, throughout the Hebrew Bible, God has numerous names. In the first verse of Genesis, God is referred to as Eloheem (אֱלֹהִים). Yet in Genesis 12:7, God introduces himself to Abraham as יְ-הוָה (we do not know how to pronounce this name, which is described as the “Ineffable Name”). And, just a bit later, in Genesis 17:1, God reintroduces Himself to Abraham as El Shadai (אֵ-ל שַׁדַּי). What do all of God’s names in the Bible teach us about Him?

God’s essence is eternal and unchanging. However, in order for man to gain a clearer understanding of his relationship to God, He changes His name.

The importance of names is established early on in the Bible. In Genesis, after God creates “every beast of the field, and every fowl of the air”, the animals are brought to the first man, Adam, to be named. Adam calls each animal by its essence.

From here, we understand that, in Jewish thought, a Hebrew name is not an arbitrary designation but rather more of a definition. In fact, the Talmud states that, in today’s world, the only prophecy left is when a parent names a child. Naming a child is considered one-sixtieth of prophecy and called Ruach HaKodesh (רוּחַ הַקֹּדֶשׁ). Ruach HaKodesh comes to parents in the form of an angel who whispers into their ears what Hebrew name to give.

Therefore, our first Biblical introduction to God is as Eloheem (אֱלֹהִים). This is actually a plural word, yet we know that God is only one. Eloheem encompases the idea that God contains all powers and essences of the world, especially as The Creator, The Mightiest, The Ruler and The True Judge.

God’s Ineffable Name (Yud-Hay-Vav-Hay) reflects that His existence is eternal. Contained in these four Hebrew letters is the idea of past (הָיָה- hah-ya), present (הֹוֶה- hoh-veh) and future (יִהְיֶה- yih-hee-yeh). This name also is used when discussing God’s relationship with man through His qualities of loving kindness and mercy.

El Shaddai usually translates as “God Almighty”. “Dai” in Hebrew means enough or sufficient. As God’s strength is endlessly mighty, when creating the world, in essence, His creation would have gone on forever had He not said, “Dai”.

Shaddai is the name of God which is written on the outside of mezuzah scrolls placed on the doorposts of Jewish homes. The letters shin dalet yud (שדי) stand for the acronym, “Shomer Daltot Yisrael” which means, “Guardian of the doors of Israel”.

Learning Biblical Hebrew can transform the way one reads and understands the Bible,” explains Rabbi Tuly Weisz, editor of The Israel Bible. “Hebrew is God’s holy language. Shouldn’t we know the names of its creator?”

Readers of The Israel Bible will notice that God’s name is often translated as “Hashem.” Out of respect, Orthodox Jews generally refer to the Lord as Hashem, which literally means ‘the Name.’ Referring to God as Hashem reminds us that we feel close to Him but also recognize our distance at the same time. To stress this moniker, The Israel Bible transliterates both the Tetragrammaton and the name Elohim as Hashem.[cm_tooltip_parse][/cm_tooltip_parse]

“Although all Bible study is a blessing, the importance of studying it in Hebrew cannot be stressed enough,” Weisz explained. “The sacred Hebrew language contains many levels of understanding which gets lost in translation, and especially when we understand the meaning of God’s name, our appreciation of Him is so much deeper.”