We Have a Secret for You 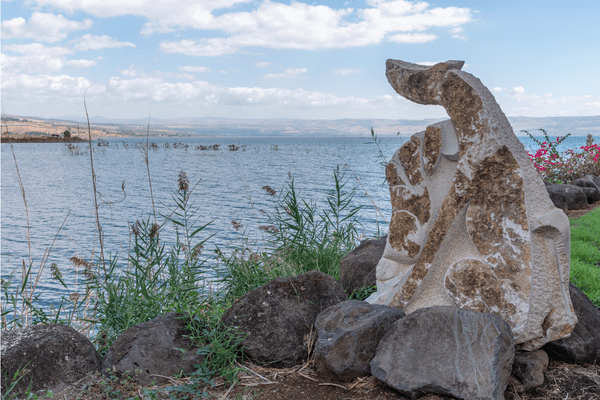 The counsel of Hashem is for those who fear Him; to them He makes known His covenant.

I was in a coffee shop the other day when my friend approached me and whispered in my ear. Well, actually, he pretended to whisper but everyone within earshot heard and went suddenly silent.

“I need to tell you a secret,” he whispered.

To be honest, this wasn’t a surprise. We were carrying out a social experiment. We walked out of the shop and entered another coffee shop. We did precisely the same thing but changed one word.

“I need to tell you the truth.”

According to King David, God also has a secret and only reveals it to those who are worthy. What is God’s secret and how does one reveal it?

The counsel of Hashem is for those who fear Him; to them He makes known His covenant. Psalm 25:14

The Hebrew word that is usually translated as “counsel” is sod (סוֹד), literally meaning ‘secret’.

Rabbi David Kimhi, (1160-1235, France) also known by the Hebrew acronym the RaDaK, writes that God will only reveal the secret of His Being to Torah scholars, and their study must be accompanied by fear of God. Hence it is “for those who fear Him.” Another commentator, known as the Ibn Ezra, believes that the full secret will only be revealed after death.

So what is the secret?

The Talmud (Hagigah 14b) relates an enigmatic account of four rabbis, Ben Azzai, Ben Zoma, Ben Abuya and Rabbi Akiva, who entered an orchard. One looked and died; one looked and went mad; one looked and apostatized; and one entered in peace and departed in peace. The sages teach that the sages didn’t actually go for a stroll outdoors, but the Hebrew word for ‘orchard’ (pardes) is an acronym for pshat (simple reading), remez (hint), drash (midrash, or homiletic teaching), and sod; four levels of interpreting the Torah. Sod refers to the mystical and esoteric level of understanding the Torah, also called Kabbalah.

These four rabbis encountered the deepest, most esoteric and hidden, levels of the Torah and only one emerged unharmed. The great talmudic sage Rabbi Akiva went on to became the leading rabbinic figure of his era!

The Zohar, the seminal work of Kabbalah, was compiled by Rabbi Shimon Bar Yochai, referred to by the acronym Rashbi, an important and multi-faceted personality. A student of Rabbi Akiva, the Rashbi was a 2nd-century sage in Judea, said to be active after the destruction of the Second Temple in 70 CE. The Rashbi appears countless times in the Talmud and his opinion is influential in many decisions regarding Jewish law.

According to the legend, the Rashbi was critical of Roman rule in Israel and was forced to go into hiding with his son, Eleazer. They hid in a cave for a total of thirteen years, living on fruit from a carob tree that God caused to spring up overnight. For twelve years, Rabbi Shimon bar Yochai and his son Elazar dwelt in the cave, sustaining themselves on carobs and water. During the time, they studied and prayed until they became the holiest sages of their day.

At the end of twelve years, the Prophet Elijah brought them the good tidings of a change in the government, allowing Rabbi Shimon and his son to leave the cave. It quickly became clear that they were not ready to integrate back into the physical world, and so they returned to the cave for another year. It was during his years in hiding that Rashbi compiled the Zohar.

This raises the question: If the Rashbi wrote down his teachings in the Zohar, a book that is widely available, then why is the study of Kabbalah, Jewish mysticism, a “secret”?

Rabbi Itamar Schwartz explained that there are two kinds of secrets.  The first kind of secret is a temporary secret whose status as a secret can be dispelled the moment it is related to another person. This is not a secret, it is just something that has not yet been told. A real secret is something that even after it is told cannot immediately be understood. It must be considered deeply because, in its essence, it is profound and insoluble.

This is the ‘secret’ of God. The Bible is written down and has been translated into every language. But there are many ‘secrets’ to knowing God and simply reading the Bible is not enough. There are many more components to knowing about God.

“By alienating oneself from the secrets of G-d… the most potent force of the individual’s and of the nation’s soul will be missing; and the exile is found to be pleasant in its own accord. For to someone who only understands the superficial level, nothing basic will be lacking in the absence of the Land of Israel, the Jewish Kingdom, and all of the facets of the nation in its built form.”

Rabbi Kook is not advocating that we all start studying Kabbalah. Kabbalah is not for everyone, as illustrated in the story of the four rabbis. But we must learn the Bible and experience God’s word through the approach Sod; of uncovering their deeper meanings and making them a part of ourselves.

Another remarkable aspect of these kinds of secrets is that what is revealed is dependent upon who reveals it. Every person must strive in every way possible to uncover the truths that God has hidden specifically for him. And if you merit coming to Israel, the land will help you reveal even more!