Turning an Enemy Into a Brother 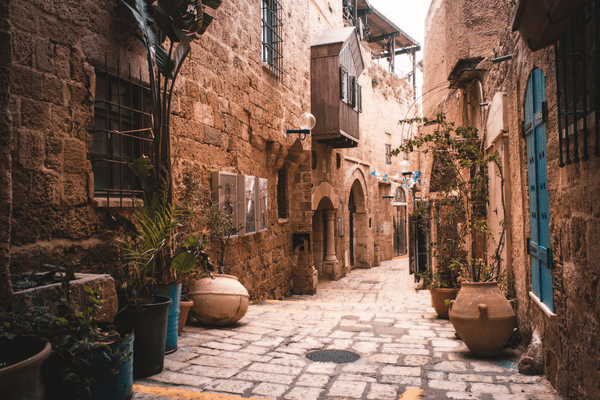 If you see your fellow's ass or ox fallen on the road, do not ignore it; you must help him raise it.

Joseph and I did not get along and it caused my boss no end of grief. One day, the company hired a new Human Resources manager, a former hippie named Sarah. She smelled of patchouli and her beaded necklaces clashed with her requisite business suits. But she always smiled and seemed to get her job done so we got along. One day, she showed up at the coffee station just as my break began. After a bit of small talk, she asked me about Joseph.

She laughed. “If you were Pinocchio, your nose would be pushing me out of the room right now.”

I shrugged. “I guess we could get along better. But I’ve tried everything. I am very polite to him. I try to be on time for our meetings and do my job the best I can.”

“I have a suggestion,” she said. “I see you like coffee. I happen to know that Joseph is a coffee fanatic. He buys special beans and roasts them himself. He has a special setup for brewing. Why don’t you tell him that you have always wanted to make your own coffee and ask to taste his?”

“Well,” I hesitated. “I have always wanted to brew my own coffee. I just never knew where to begin.”

I took her advice. The first conversation was quite awkward. I walked up to Joseph’s desk and was met with a glare of hostility. But I had rehearsed my lines and managed to sound almost casual when I inquired about his coffee setup.

He was still distrustful but the ice had clearly been broken. “I’ll bring a thermos of my brew tomorrow and you can tell me what you think,” he said. “If you like it, I can connect you with my supplier.”

Joseph and I actually became good friends which helped us work together in a nicer way. Sarah even told me that our improved relationship had helped the entire office.

The Ben Franklin effect is a powerful form of social judo. Named after the founding father, Franklin wrote in his autobiography that he was having trouble getting along with a rival legislator. He solved the problem by borrowing a rare book from the man who had an impressive library. After a few days, Franklin returned the book with a ‘thank you’ note. After that, the two became acquaintances and then fast friends.

Not surprisingly, the Torah itself teaches the Ben Franklin Effect and instructs us how to incorporate it into our lives.

Whenever the Torah repeats itself, it is always important to note any differences in the repetition. In Deuteronomy, we are instructed to help someone else’s ox that has fallen:

If you see your fellow’s ass or ox fallen on the road, do not ignore it; you must help him raise it. Deuteronomy 22:4 (The Israel Bible p. 492)

The Hebrew word that is translated here as ‘fellow’ is acheecha (אָחִיךָ), literally, ‘your brother’.

This command is first mentioned in Exodus:

When you see the ass of your enemy lying under its burden and would refrain from raising it, you must nevertheless raise it with him. Exodus 23:5 (The Israel Bible p. 193)

The glaring difference is that in Exodus we are cautioned to help even if we consider the owner of the animal an enemy, while in Deuteronomy we are told to help our fellow.

Presaging the Ben Franklin Effect, Rabbi Bahya ben Asher (1255–1340 Spain) explained that the Torah was suggesting a strategy to turn an enemy into a friend. By helping your enemy (Exodus 23:5), you will turn him into your fellow (Deuteronomy 22:4).

By changing one word, the Torah is teaching us a very valuable lesson. There are really very few reasons to view someone as your enemy, and there are far more reasons to see him as your brother. The solution to viewing someone as an enemy is an act of kindness, which can turn even an enemy into a brother.