These Psalms are for You 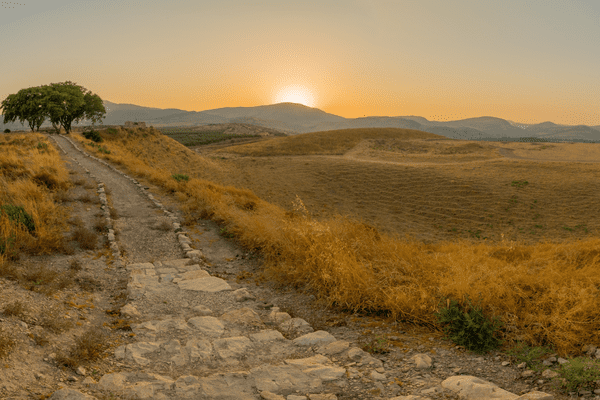 Though I walk through a valley of deepest darkness, I fear no harm, for You are with me; Your rod and Your staff—they comfort me.

According to Jewish tradition, King David was the author of the Book of Psalms, known in Hebrew as Tehillim. Reading the Psalms, I always imagined a young David running around Israel, having adventures, suffering trials and tribulations, and calling out to God all the time.

David’s life was driven by a love for God and passed through the full gamut of emotions. The 150 Psalms describe his joy, fears, sadness, and everything in between. Some Psalms describe suffering, curse his enemies, petition for divine assistance, reaffirm faith in God, anticipate God’s response, or thank God.

Being a musician, David’s psalms are lyrical and lend themselves to musical adaptation. When the Temple was built, the Levites sang the Psalms. Many contemporary musicians turn to Psalms as a higher form of lyrics.

Psalms are recited before prayers to open the heart. The thanksgiving prayer known as Hallel, recited when a Jew is supposed to be joyous, is made up of Psalms. And in times of trouble, we turn to the words of Psalms to beseech God and give us hope and comfort.

But why do we still use these ancient prayers? How is it that these words, written by David so long ago, still speak to us today?

While the Torah is instruction on how to be a Jew, and the Writings give us a glimpse into Jewish history with a prophetic message for out times, serving God requires much more. God must be served with all of our emotions, and Psalms are full of emotion. The sages tell us that when King David compiled the Psalms, he had in mind himself, as well as every Jew of every generation and every circumstance.

Perhaps because so many Psalms are David’s outpouring of emotion when he was beset by troubles, a Sefer Tehillim (book of Psalms) is often gifted to a person going through difficulties. Such a gift played a central role in the struggle of Natan Sharansky, the Russian refusenik.

Sharansky was separated from his wife one day after their marriage when she was allowed by the Soviet regime to move to Israel. The couple believed it was important that one of them be in Israel. They thought they would be separated for a few months, but their separation eventually stretched into twelve years.

A few days before Sharansky was arrested, a tourist gave him a book of Psalms that was sent from his wife. She had been circling the globe, fighting for his release. The Soviet authorities confiscated the book and after three years of fighting from prison, Sharansky succeeded in getting the book returned to him. The book was returned to him on the day he learned of his father’s passing. Despite not being able to understand Hebrew, reading from the Psalms brought him comfort and Sharansky began to read from the book every day.

“I remember the first psalm which I suddenly understood, the phrase which I understood was, ‘and when I go through the valley of death, I’ll fear no evil, because you are with me (Psalms 23:4),” Sharansky said in an interview.

“It was such a powerful feeling, as if King David himself, together with my wife, together with my friends, came to prison to save me from this, and to support me. Suddenly all these connections of thousands of years are restored, and you feel exactly as King David, 3000 years ago, wrote this. This was sending me a message to be strong. So now, whatever I’ll say, maybe I’ll be influencing someone who will be sitting in prison in 3000 years, and suppose that he will know that “you are [with me]” … who’s you? God or King David, or my wife, or the people of Israel? I don’t know. All this together. That was a very powerful feeling, and it gave me a lot of strength.”

“I felt all the time that if this Psalm book was with me, nothing would happen. I fought each time they took it from me: I was on hunger strikes, I spent hundreds of days on hunger strikes and in punishment cells, in order not to permit them to take it from me. Even when I was released, and I still didn’t know that I was released, but I was brought to the airplane from the prison, and they took all the clothes, and gave me the different ones, and I suddenly understood that maybe some big changes are happening, but my Psalm book was not with me. I was so scared to be without it that I lay in the snow and refused to enter the airplane until they brought it back to me. And that’s the only piece of property with which I came to freedom from Soviet prison.”

Like they did for Natan Sharansky, the words of King David still resonate, unifying generations and nations in joy and sorrow, expressing our happiness in times of joy and giving us hope in times of darkness.