The Twelve Tribes are the Key to Israel’s Nationhood, Past and Future 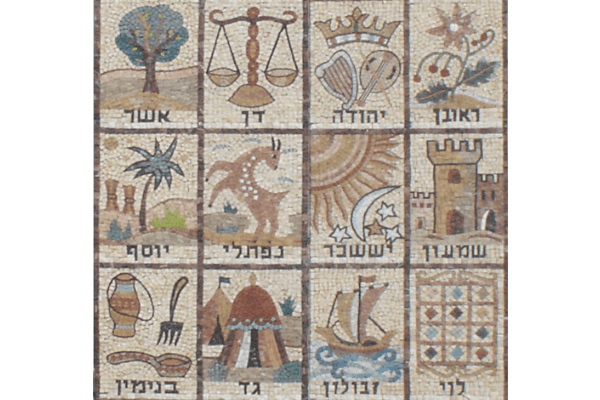 Give me my wives and my children, for whom I have served you, that I may go; for well you know what services I have rendered you.”

The story of Jacob and his wives is far more than a biographical account. It is, in fact, the beginnings of the nation that takes its name from Jacob’s second name: Israel. From four wives he fathered twelve sons from which the twelve tribes of Israel were born.

The family of 70 souls went down to Egypt and after several hundred years of slavery, returned as a nation of 600,000. They received the Torah as one but the Land of Israel, the essence of the covenant, was divided among the 12 tribes.

The twelve sons of Jacob were as follows (in birth order):

Though the tribal identities are based on the sons of Jacob, there are a few notable deviations. When the tribal identities were designated, Joseph’s offspring were divided into the descendants of Ephraim and the descendants of Menashe. The commentators explain that Reuven lost the blessing of the firstborn by an indiscretion pertaining to his father’s honor in his marital arrangements (Genesis 35:22). It was then passed to Joseph who was the firstborn of his mother Rachel. According to Torah law, the firstborn to the father receives a double portion of the inheritance. By dividing Joseph into two tribes, a double portion of the land was effectively granted to Joseph’s descendants.

This was emphasized in Jacob’s deathbed blessing in which he referred to Joseph’s sons as his own (Genesis 48:5-6):

Now, your two sons, who were born to you in the land of Egypt before I came to you in Egypt, shall be mine; Efraim and Menashe shall be mine no less than Reuven and Shimon. But progeny born to you after them shall be yours; they shall be recorded instead of their brothers in their inheritance.

Special honor was also awarded to the tribe of Judah as the source of the Davidic dynasty and, ultimately, the Messiah. This was prophesied in Jacob’s blessing of Judah (Genesis 49:10).

Another notable deviation came after the plague that killed the firstborn in Egypt. The Angel of Death passed over the Israelite houses that had marked their doorposts. But this was only a reprieve and did not free them from any debt. After the plague, the firstborn were intended to serve in God’s house, initially the tabernacle and later, the Temple. Participating in the idolatrous sin of the Golden Calf made the firstborn (and presumably their descendants) unsuited for serving as the priests. The tribe of Levi, which had zealously defended God’s honor, took their place. As a result, the tribe of Levi forfeited their inheritance. This zealousness in the service of God was clearly a tribal attribute apparent in both Moses and Aaron.

To this day, the family tradition of the Levites is publicly recognized. Levites and Kohanim, the descendants of Aaron, are afforded public honors and their identity is inscribed on their gravestones. The spiritual purity of the Kohanim is protected by restrictions such as refraining from marrying divorcees and converts. They are also restricted from proximity or contact with the dead. It is interesting to note that this family tradition was shown to be reflected in DNA testing which revealed a particular genetic marker on the Y chromosome (YAP-) was detected in 98.5 percent of the kohanim, and in a significantly lower percentage of non-kohanim Jews.

Despite the deviations, the actual number of tribes remains 12 at all times. This may have been alluded to in Joseph’s dream in which he saw twelve stars, including his own, bowing down to the sun and moon (Genesis 37:9).

Though they left Israel as a haphazard collection of families, when the Children of Israel left Egypt, they traveled as a tightly organized camp divided along tribal lines with flags planted in each camp to rally around and the tabernacle with the Shechina (holy presence) as the nation’s focal point. They were organized as follows:

Before arriving in Israel, the land was divided by lots with the notable exception of Reuven, Gad, and half of Menashe who chose their portions on the eastern side of the Jordan River.  Miraculously, the lots divided the land fairly, with larger portions of lands being given to larger tribes and smaller ones to smaller tribes (Numbers 26:54). These divisions remained as the land was inherited by tribes and could never be sold in perpetuity. 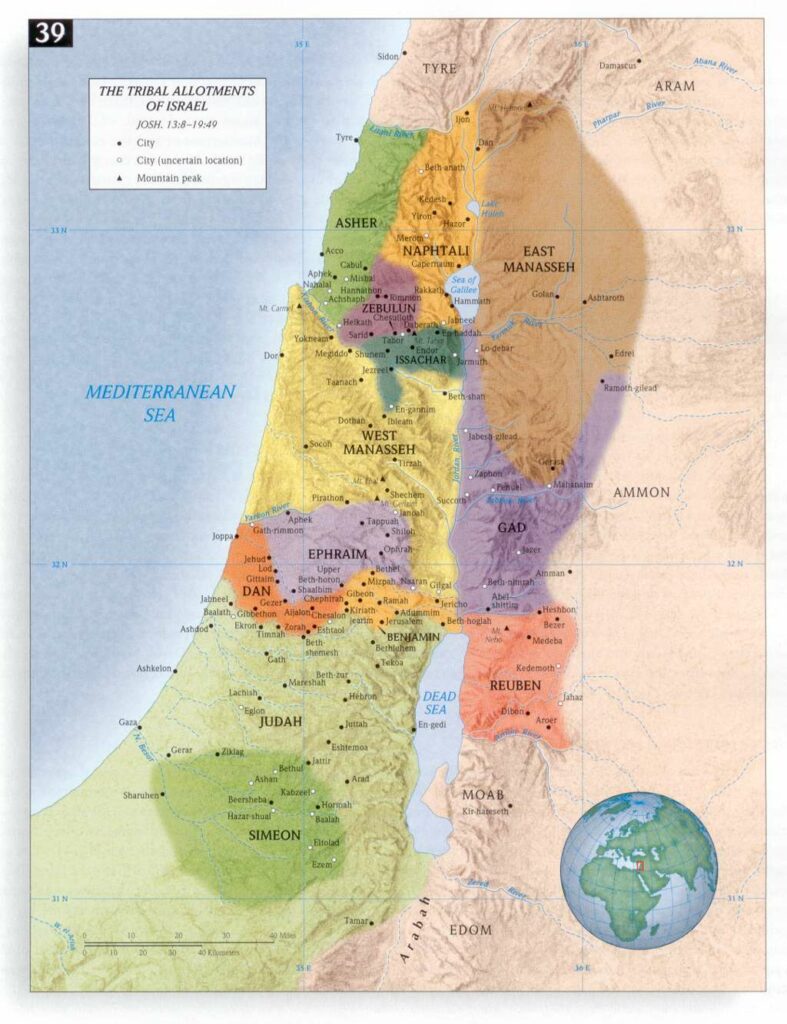 The specific number of tribes was tested by a civil war when the other tribes fought Benjamin (Judges 19-20). It was a bloody war and many thousands were killed on both sides, until there were only 600 survivors left from the tribe of Benjamin.

The nation composed of 12 unified tribes came to an end with the Assyrian conquest in 722 BCE. In 740 BCE, ten tribes, all but Benjamin and Judah (and the Levites/Kohanim in their midst) were forcibly relocated. The tribe of Judah went into exile after Solomon’s Temple was destroyed in 588 BCE but returned from the Babylonian captivity in 520 BCE. Tragically, the ten tribes remain lost to this day.